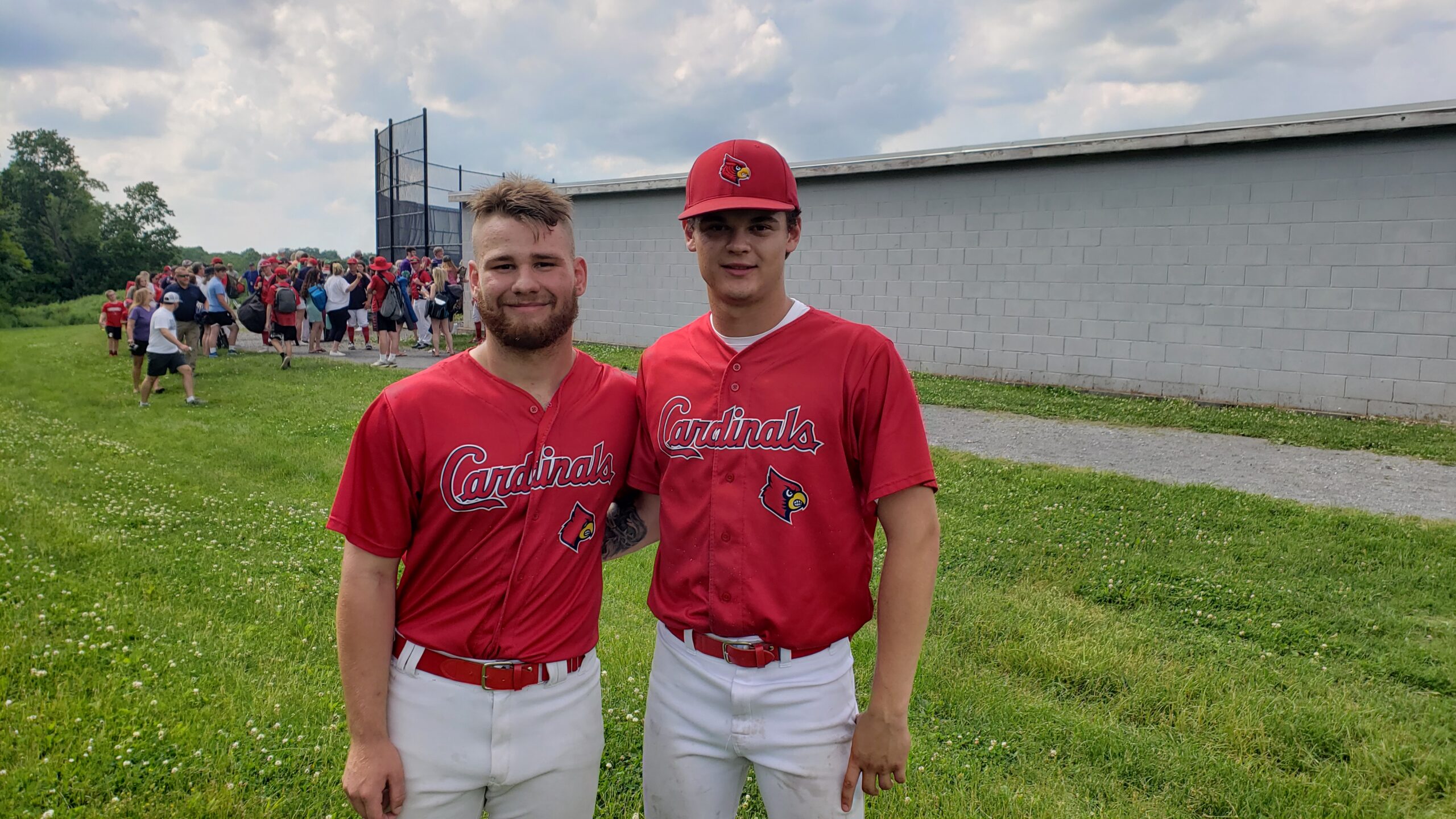 “It’s incredible,” DCC manager Adam Fox said. “This group, they are just a special group. They play as a unit. They understand what unity is. Our slogan is ‘it’s about us’. It’s not an arrogant thing. It’s literally each and every one of them. We don’t look at each other as individuals. Everybody has a job. Everybody has a role. We go about our business. At the end of the day, it’s about winning. These kids have figured out how to win. They’ve competed at a level that is a winning level. They are just a special group. I am so happy for them, for the community. But the job is not done. We know that, and we aren’t satisfied. We are going to State College on Friday on a mission,”

Led by three RBIs from Blake Pisarchik, seven different Cardinals drove in at least one run and all 10 players to bat reached base.

That was more than enough offense for Hickman and Sansom.

Hickman got the win going 4 1/3 innings allowing one unearned run on four hits and three walks while striking out one.

He gave way in the fifth inning to Sansom with the bases loaded and one out, and Sansom proceeded to strike out both Dane Harvey and Trayton Younker, the No. 4 and No. 5 hitters, for the Indians to keep DCC’s lead at 7-1 at the time.

Sansom created a jam for himself in the sixth with the Cardinals up 8-2 loading the bases with no outs on two hit batters and a walk but allowed just one run to score, and DCC put the game away with a four-run sixth winning the game on an RBI single by Pisarchik.

More on this game will be posted later Monday night.