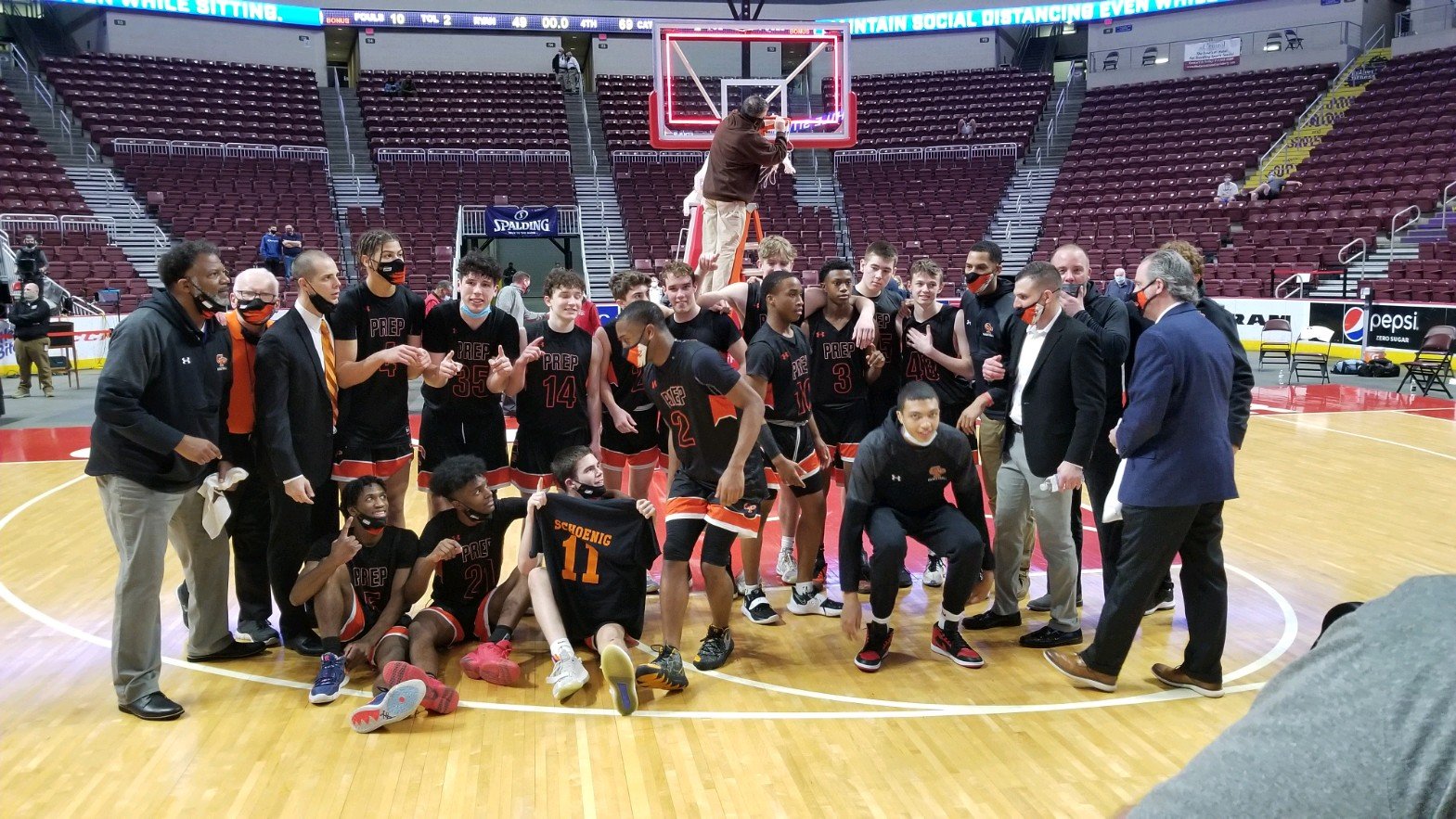 HERSHEY, Pa. – The Cathedral Prep Ramblers captured their first state title since 1993 with a 69-49 win over Archbishop Ryan at the Giant Center on Friday.

The Ramblers were dominant, leading nearly the entire game and holding a double-digit advantage for much of the contest.

Khali Horton led the way for Prep with a monster performance of 25 points and eight rebounds, while Will Innes had 14 and Liam Galla 12.

Chris Rossetti will have much more on the Ramblers’ historic run to the state title later tonight.