BREAKING NEWS: Brookville Rallies from 10 Down Late in 3rd Quarter to Beat Chestnut Ridge by 10 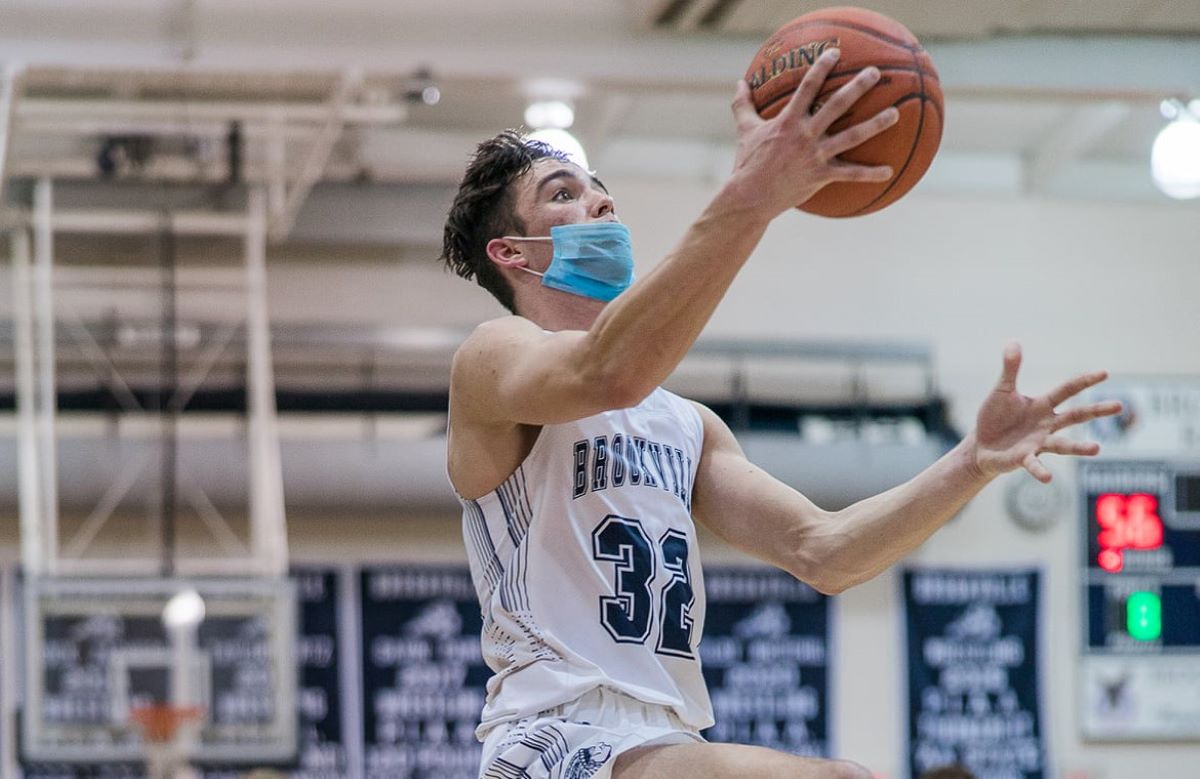 BROOKVILLE, Pa. – Trailing by 10 with under two minutes to play in the third quarter, Brookville used what basically amounted as a double technical foul to change the momentum on its way to a 68-58 over Chestnut Ridge in the District 5-9 Class 3A subregional game.

Brookville’s Jace Miner had just been called for a technical foul after disputing what he thought was a foul on a blocked shot by the Lions.

But with Matt Whysong at the free-throw line, Chestnut Ridge’s Lucas Nicodemus tried to check into the game. Evidently, Nicodemus was never summoned into the game by the officials, and Brookville head coach Dalton Park brought this to the officials’ attention.

After a lengthy discussion, Nicodemus was given a technical foul for checking himself into the game.

Brookville’s Danny Lauer hit both free throws after Whysong hit his second one giving – one that gave Chestnut Ridge a 10-point advantage.

The Raiders then turned up the pressure defensively and got within one, 41-40, by the end of the third quarter.

Miner then took over for Brookville in the fourth quarter, as the Raiders outscored Chestnut Ridge, 28-17, in the quarter to gain the victory.

Brookville will play at 1 p.m. Saturday at WPIAL champion Ellwood City in the PIAA Class 3A quarterfinals.

We will have much more on this game including highlights and interviews later tonight.