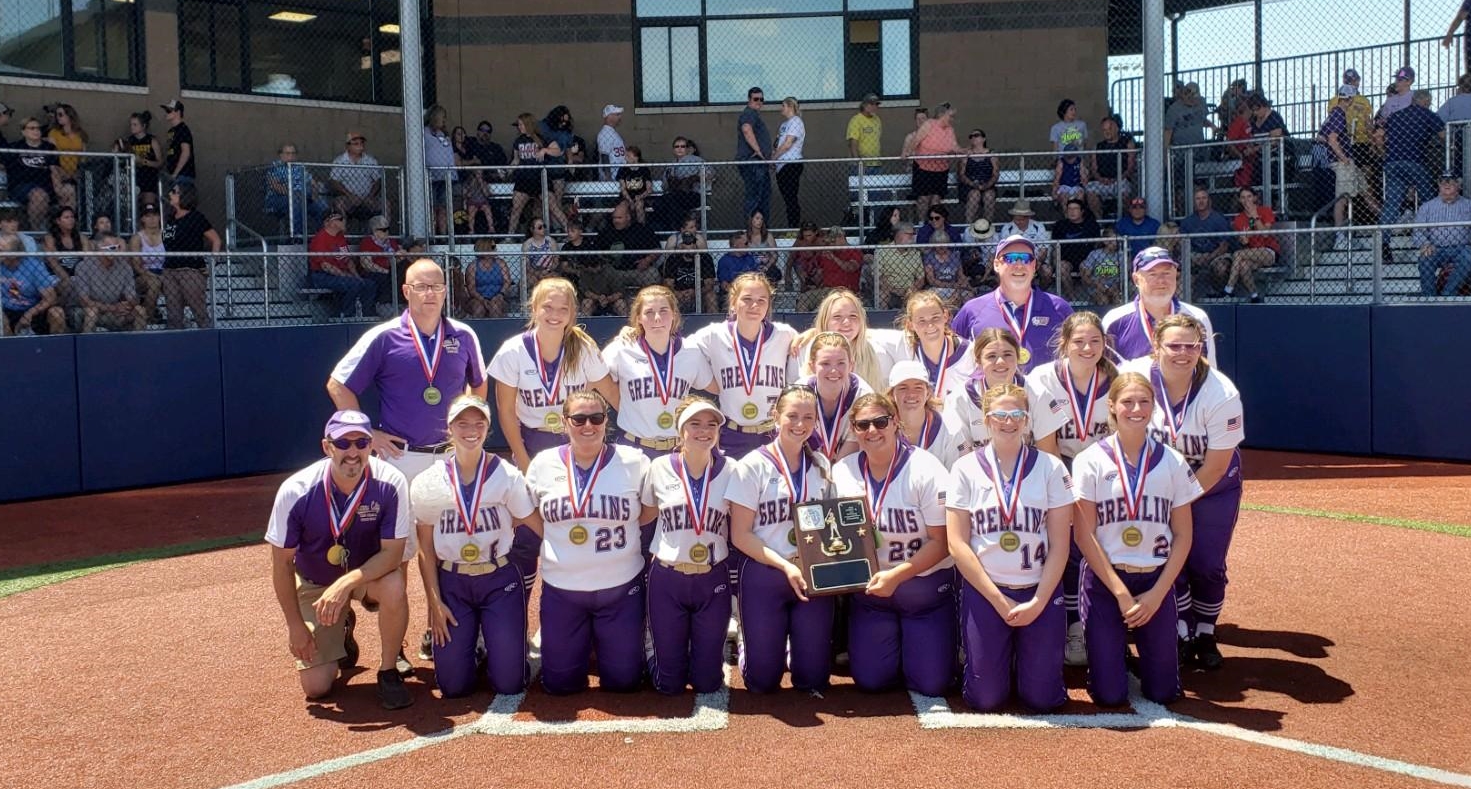 DUBOIS, Pa. – Karns City captured the District 9 Class 3A softball title with a 11-3 win over Punxsutawney on Monday.

The win by Karns City ended Punxsy’s run of six-straight championships, including a 5-1 win over KC in last year’s title game.

The Lady Gremlins did almost all of their offensive damage in the first three innings, racing out to a 10-2 lead.

“This feels really good,” said Karns City starting pitcher Marra Patton. “We definitely came in and put our heads to hitting more than anything. To come out like that and put our bats on the ball felt absolutely awesome.”

Brooke Young hit a solo home run to as Punxsy struck first in the top of the first, but that lead proved to be short-lived.

Karns City scored three runs in the bottom of the first – all with two outs. Jess Dunn hit a ground ball and reached on an error to bring the first run across, followed by a two-run single off the bat of Megan Whitmire.

The offensive onslaught for Karns City continued with five more runs in the second inning, starting with Zoe King’s two-run single. With the bases loaded, Dunn ripped a three-run double to make it 8-1, and the Lady Gremlins were well on their way.

All this offensive support came for Marra Patton, who scattered seven hits and allowed two earned runs in her seven innings of work. Two of her runs were earned, as she struck out two and walked one.

“I have a lot of trust in my defense,” Patton said. “I try to just pitch to the corners, sometimes I throw a screwball, curveball, change-up, but I definitely just try and hit my corners and let my defense work.”

Ciara Toven suffered the loss, allowing 12 hits and eight earned runs in her seven innings of work, striking out two and walking three. Toven also had a pair of hits and an RBI.

For Karns City, Dunn had three RBIs, while Fox, King and Whitmire had two each. Fox, Rossi McMillen (who also had a phenomenal catch in center field), and Allison Walker had two hits apiece.

Up next for the Lady Gremlins is D10 runner-up Harbor Creek in the first round of the PIAA playoffs.

“We just have to keep our heads up and have a positive attitude the whole time,” Patton said about what it will take to keep advancing. “We beat Armstrong at the beginning of the season and we knew we had the talent (to win a D9 title).

Preston Tosses Gem to lift West Middlesex Past Sharpsville for D10 Class 2A Baseball Gold Powered by North Washington Rodeo
Prep Rallies Past Slippery Rock for D10 4A Baseball Championship Powered by North Washington Rodeo
This website or its third-party tools process personal data.In case of sale of your personal information, you may opt out by using the link Do not sell my personal information.
×
Manage consent