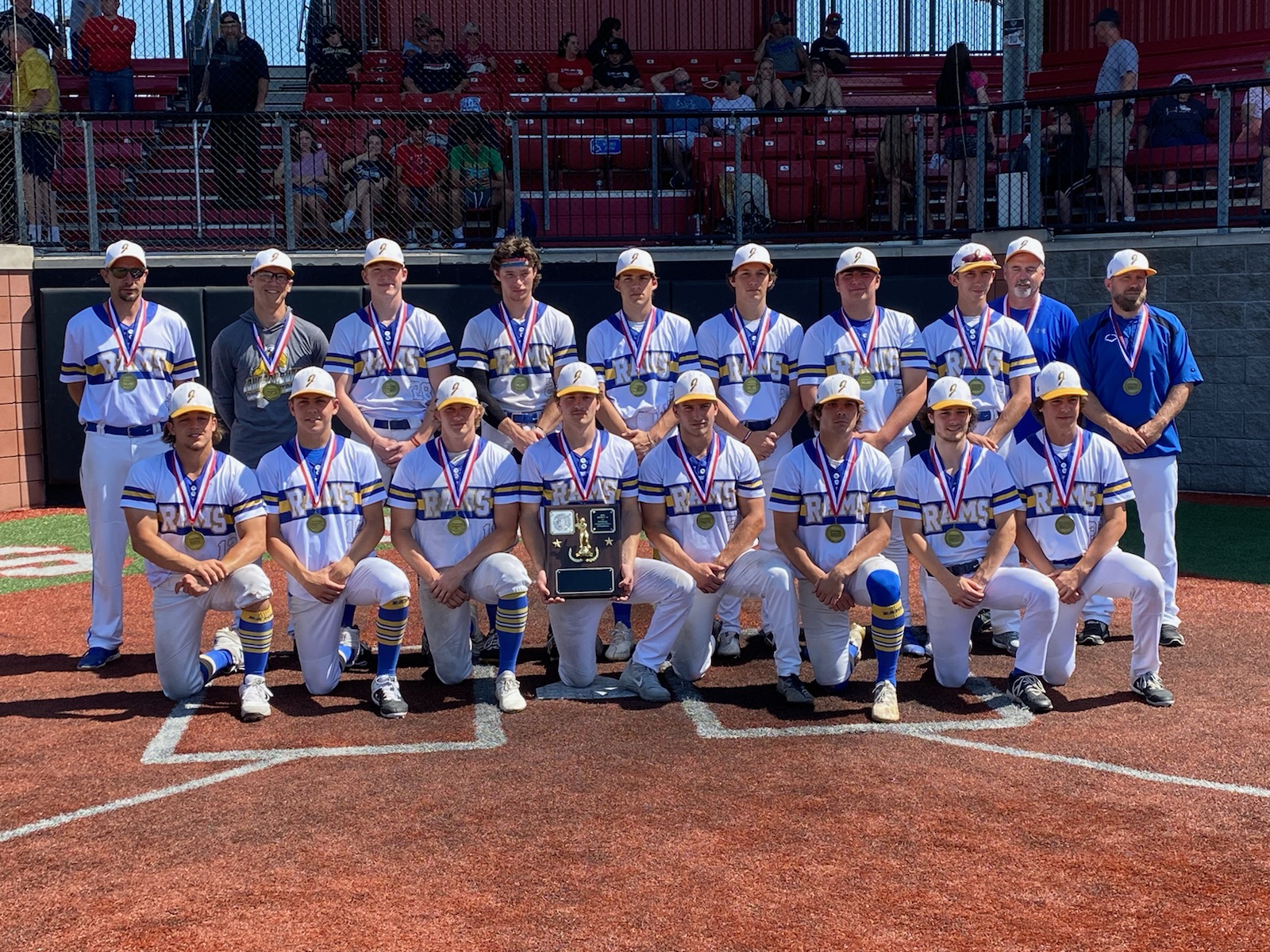 DUBOIS, Pa. – Johnsonburg built a 7-0 lead and held off a late Redbank Valley rally to capture its second consecutive District 9 Class 2A championship, 9-5 on Monday.

The Rams scored three runs in the first inning and four more in the fourth to build their commanding edge.

Redbank got as close as 7-5 in the sixth inning, but the Rams scored a pair of runs in the bottom half of the sixth to help put the game away.

A big reason for the win for Johnsonburg was Camron Marciniak, who finished 2-for-2 with a double, two walks, and four RBIs.

In the first inning, Marciniak’s double brought in Dom Allegretto and Aiden Zimmerman, who hit back-to-back singles to start the frame. Ethan Wells capped the inning with a sac fly, scoring Marciniak.

In the fourth Allegretto’s RBI single made it 4-0, bringing in Jefferson Freeburg, who walked to begin the frame. Marciniak followed with a two-run single and Kaden Dennis hit a hard ground ball that resulted in an error to make it 7-0.

“We came out with a goal, and our end goal is to win a state championship too,” Zimmerman said.

The Bulldogs got to Zimmerman with four runs in the fifth inning. Tate Minich drew a bases-loaded walk with two outs to get the Bulldogs on the board. Bain followed with a two-run single and Breckin Minich had an RBI single, chasing Zimmerman and bringing Aiden Zimmerman on in relief.

Minich drew his second bases-loaded walk of the game in the sixth, but Aiden Zimmerman was able to escape further damage by getting Bain to ground out with the bases loaded to end the inning.

“They’re a good team,” Luke Zimmerman said of Redbank Valley. “They hit the ball hard and found the gaps. They have good hitters.”

The Rams got some all-important insurance in the bottom half of the sixth, as Kaden Dennis’ RBI single made it 8-5 and Luke Zimmerman’s sac fly brought in one more run.

Allegretto set the table at the top of the Johnsonburg lineup, going 3-for-4 with two runs and an RBI, while Aiden Zimmerman was 2-for-3 with three runs, Dennis 2-for-4 and Wells 1-for-2 with an RBI.

“We’re very confident when those guys at the top of the lineup are up to bat,” Luke Zimmerman said. “They very rarely strikeout and always put the bat on the ball.”

With the win, Johnsonburg advances to play the loser of the WPIAL third-place game between Burgettstown and Riverside (that game is Tuesday).

“Those WPIAL teams are really good, so we have to practice hard for those teams,” Luke Zimmerman said.

Redbank Valley, meanwhile, has a play-in game against Camp Hill at Mount Aloyisius on Wednesday. If they win, they would face the WPIAL champion (either Serra Catholic or Neshannock) in the first round of the PIAA playoffs.

All first-round games in the PIAA playoffs are Monday, June 6.

DCC Tops Clarion-Limestone for Second Straight D9 Class 1A Baseball Crown Powered by North Washington Rodeo
Peterson, Johnsonburg Blank Cranberry for First D9 Softball Title Powered by North Washington Rodeo
This website or its third-party tools process personal data.In case of sale of your personal information, you may opt out by using the link Do not sell my personal information.
×
Manage consent