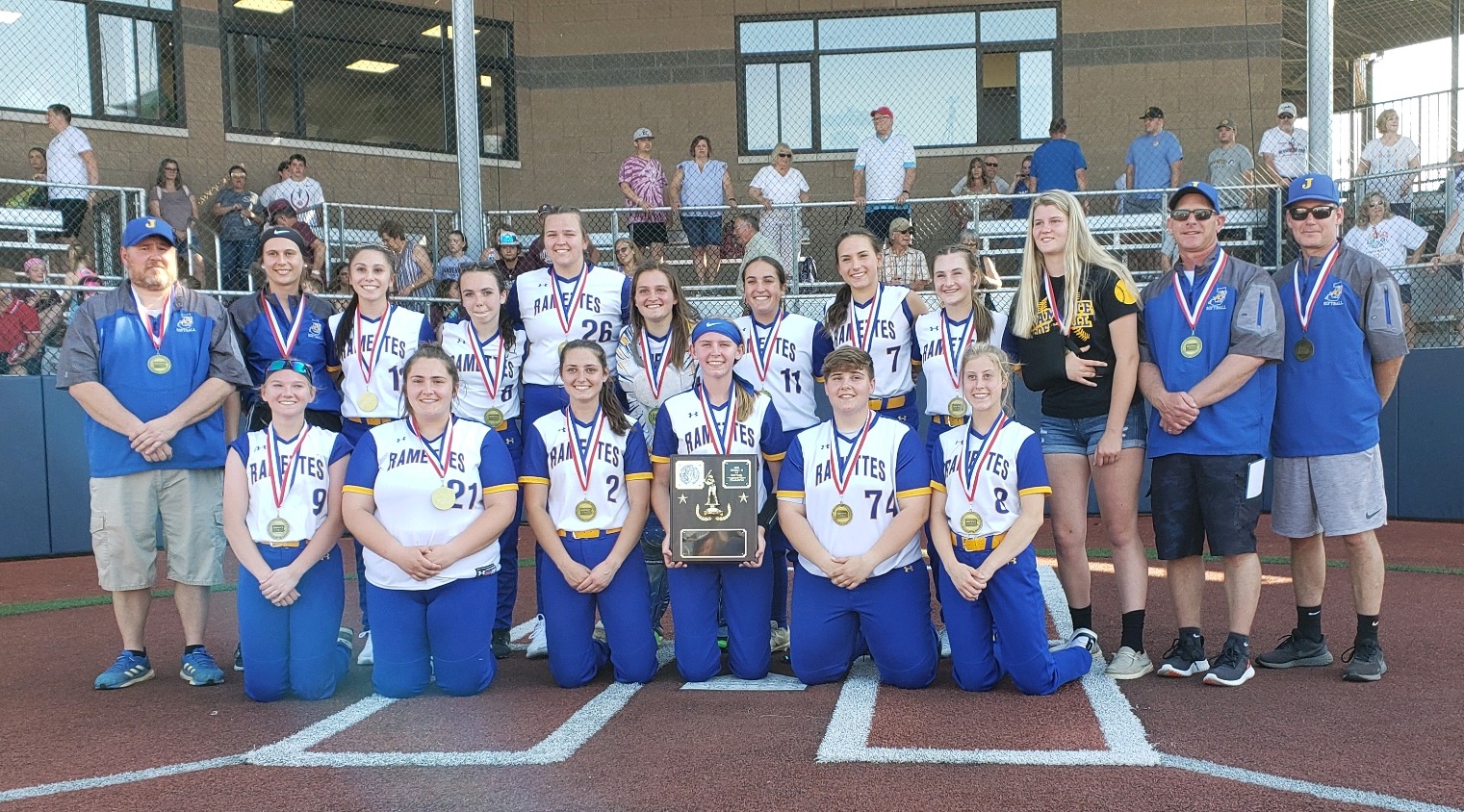 DUBOIS, Pa. – Julie Peterson led Johnsonburg to a piece of history on Monday, as the Ramettes captured the first District 9 title in program history with a 6-0 triumph over Cranberry in the Class 2A title game.

Peterson was dominant, allowing just two hits and striking out 12 without issuing a walk. She threw 72 of her 94 pitches for strikes.

“This is the best feeling ever,” Peterson said. “We’ve worked so hard from the first open gym we’ve had in the winter until now and it finally paid off.”

Offensively, the Ramettes scored a pair of runs in the third inning and put the game out of reach with four more in the fifth.

In the third, Natalie Dunworth singled and Madison Casilio came around to score on an error on the play, with Dunworth scoring on Jenna Kasmierski’s groundout.

“We call her the speed demon for a reason,” Peterson said. “She’s really good at running the bases. We work really hard at that in practice and seeing us deliver in the game like that is great.”

In the fifth, the Ramettes scored all four of their runs with two outs. Kasmierski doubled, bringing in a pair of runs. Zoey Grunthaner came up next and hit a ball that resulted in an error, bringing in run number five, and Shelby Sorg scored on a passed ball for the final run.

Dunworth and Peyton Delhunty finished with two hits apiece for the Ramettes, while Kasmierski had two RBIs.

“It feels great,” Peterson said. “You can see how strong our programs are (co-op with Ridgway in both softball and baseball.”

Johnsonburg now awaits the play-in winner between D10 runner-up Seneca and D4 runner-up Muncy in the first round of the PIAA playoffs on Monday, June 6.

Johnsonburg Claims Second Straight D9 Class 2A Baseball Title Powered by North Washington Rodeo
District 9 & District 10 Championship Story Hub (Links to All Title Game Stories from May 30) Powered by North Washington Rodeo.
This website or its third-party tools process personal data.In case of sale of your personal information, you may opt out by using the link Do not sell my personal information.
×
Manage consent