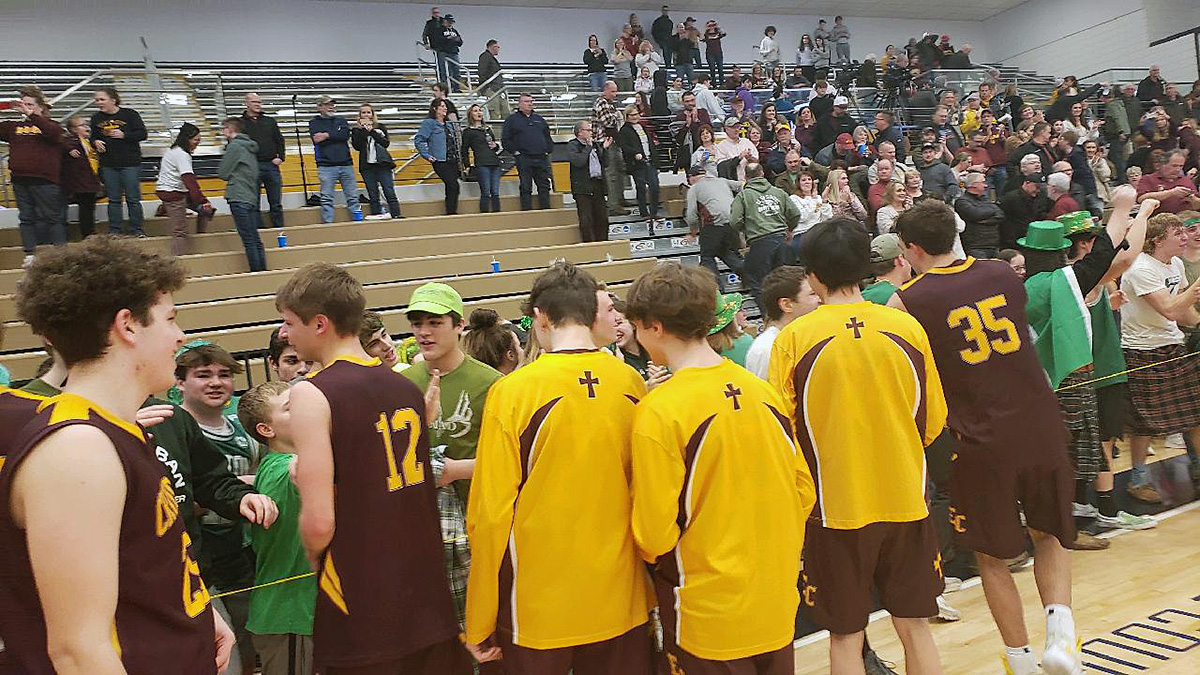 CLARION, Pa. – Elk County Catholic is headed to the PIAA Class 1A boys state semifinals for the first time since 2009 after a thrilling 52-45 overtime win over Union (New Castle) on Tuesday.

ECC took a 3-point lead with a minute to play in OT and Union missed a potential game-tying shot with 23.7 seconds left. Charlie Breindel was fouled and went 4-4 from the line after the Scotties were assessed a technical foul. Breindel finished with a game-high 24 points.

ECC will face Bishop Canevin, a 53-45 winner over Imani Christian Academy, in the semifinals on Friday at a time and location to be announced.

With the game tied at 41-41 with eight seconds left in the fourth quarter, Breindel just missed a game-winning buzzer-beater and the game headed to overtime.

We have OT as Breidel shot misses at horn … 41 all pic.twitter.com/ZJqpsmiQC1

The Crusaders trailed 19-8 before an 11-0 second quarter run pulled them even at 19-19 with just over two minutes remaining in the first half. ECC led 23-21 at the half and had a 28-21 lead early in the third quarter.

Chris Rossetti will have much more on this game later.

Elk County Catholic, Fairview Boys Set for Respective PIAA Quarterfinal Contests
Join D9and10Sports March Madness Bracket Challenge
This website or its third-party tools process personal data.In case of sale of your personal information, you may opt out by using the link Do not sell my personal information.
×
Manage consent