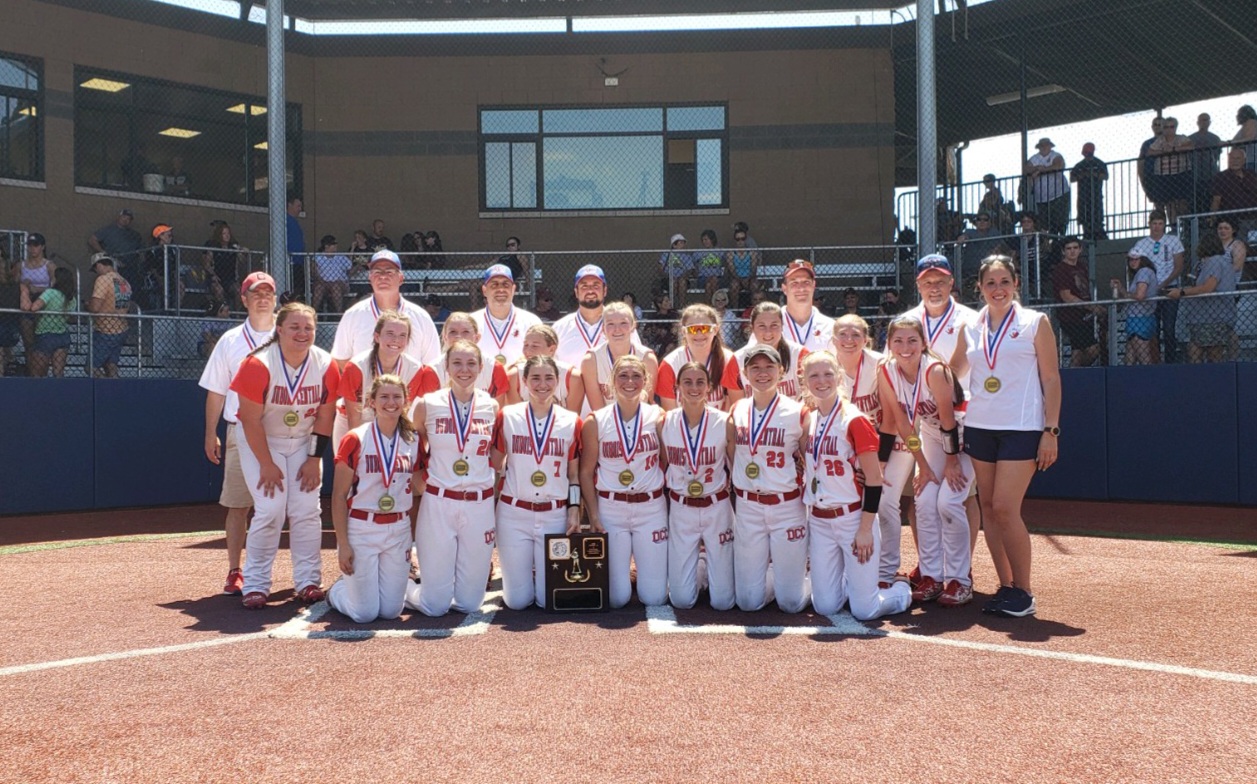 The DCC offense was firing on all cylinders, scoring in every inning, including three runs in the second and four more in the fifth to put the game away.

All this came in support of Melia Mitskavich, who allowed just one hit in five innings, striking out two without issuing a walk.

“I was just trying to throw the ball hard, spin it, that’s what coach always tells me to do,” Mitskavich said. “That’s when I pitch my best.”

Savannah Morelli got the scoring going in the first inning, with her sacrifice fly bringing in Kali Franklin, who walked to start the inning.

“I think we all needed to be confident, going up to the plate knowing we could hit,” Mitskavich said. “I think the confidence was a big part of our win today.”

Suplizio hit a solo home run in the fourth inning, and in the fifth inning, Morelli scored on an error, Madison Hoyt had an RBI single, Lauren Davidson brought in another run on a fielder’s choice, and Franklin’s RBI single ended the game with the 10-run rule.

Suplizio had three hits, while Franklin, Morelli, Hoyt, and Frank had two each. Franklin and Suplizio finished with two RBIs each.

“Last year we lost our big power hitters, our seniors, so this year I think this year we’ve practiced aggressive baserunning and that’s really helped us all the way through the season.”

Izzy Flick suffered the loss for Forest Area, allowing 10 runs in 4 ⅓ innings on 12 hits, striking out one and walking three.

DCC will face the winner of the WPIAL third-place game between Greensburg Central Catholic and Springdale in the first round of the PIAA playoffs.

Forest, meanwhile, will play Elk County Catholic in a D9 true second-place game on Wednesday, with the winner to take on District 10 champion Saegertown in the first round of the PIAA playoffs.

BRADFORD, Pa. – Lydia Anderson went 3-for-4 with three RBIs as Elk County Catholic earned a 7-3 win over Otto-Eldred, setting up a matchup with Otto-Eldred in the Class 2A true second-place game.

Anderson triple, as ECC scored five runs in the fourth and fifth innings to take control.

Mourer got the win, allowing three runs and scattering nine hits in her seven innings of work, striking out three and walking one.

Kaylee Rhinehart went 3-for-3 with two doubles and an RBI for Otto-Eldred.

Prep Rallies Past Slippery Rock for D10 4A Baseball Championship Powered by North Washington Rodeo
DCC Tops Clarion-Limestone for Second Straight D9 Class 1A Baseball Crown Powered by North Washington Rodeo
This website or its third-party tools process personal data.In case of sale of your personal information, you may opt out by using the link Do not sell my personal information.
×
Manage consent