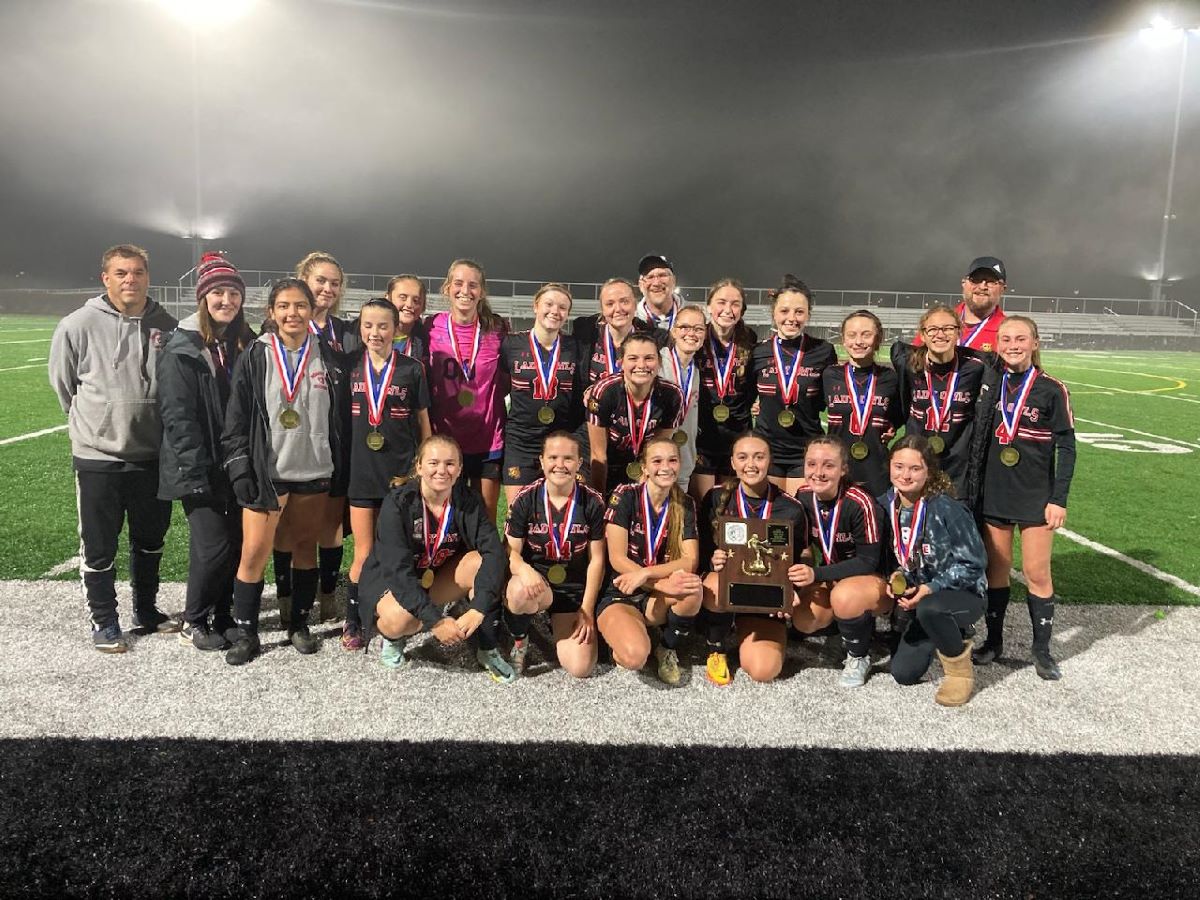 The No. 1 seed Lady Owls now have one for the thumb, beating No. 2  DuBois 3-1 in the Class 3A championship game on Tuesday at Frank Varischetti Field.

After a scoreless first half, Emily Morgan got the Lady Owls on the board eight minutes into the second half.

Maddi Cowburn followed with a goal off a free kick in the 62nd minute and Bella Prince added the final tally for the Lady Owls.

With the win, Bradford advances to play District 6 champion Hollidaysburg in a PIAA subregional, with the winner to play the WPIAL (District 7) runner-up in the first round of the PIAA championships.

BROCKWAY, Pa. – Jake Franz had the answer for Bradford.

Just a minute after Clearfield’s Zach Krager scored at the midway point to tie Tuesday’s District 9 Class 3A boys championship at 1-1, Franz came back just a minute later with what proved to be the game-winning goal in the Owls’ 3-1 victory over the top-seed Bison.

Franz added an insurance goal with six minutes to play for Bradford, clinching the second consecutive D9 title for the Owls.

The two teams played scoreless for most of the first half until Bradford’s Mitch Strauss broke the ice with a goal with 10 minutes to go before halftime.

With the win, the Owls advance to play District 6 champion Hollidaysburg in a PIAA subregional, with the winner moving on to the first round of the PIAA championships against the WPIAL (District 7) runner-up.

Through the Fog: Cathedral Prep Battles Through Fog, Meadville to Win 9th Straight D10 Boys Soccer Title; Seneca Boys, Hurst Girls Claim Crowns
Maplewood, Cochranton to Meet for D10 1A Volleyball Title After Semifinal Wins Tuesday
This website or its third-party tools process personal data.In case of sale of your personal information, you may opt out by using the link Do not sell my personal information.
×
Manage consent