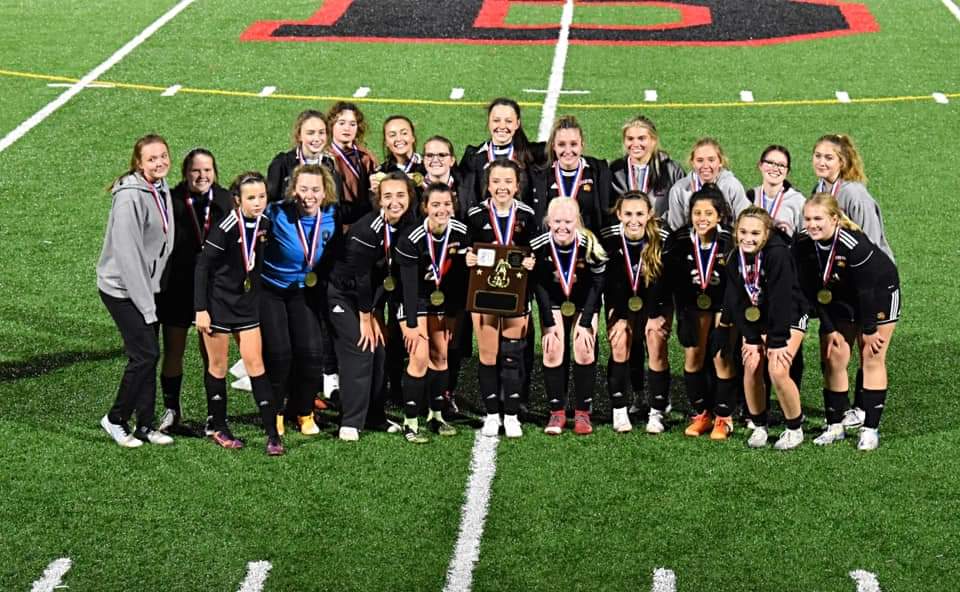 BROCKWAY, Pa. – Bradford broke open a 1-1 tie with four second-half goals in a 5-1 win over Warren in the PIAA Class 3A girls’ soccer subregional on Saturday at Frank Varischetti Field.

The win is the third this season for the Owls over the Dragons and sends them to the first round of the PIAA playoffs, where they will meet Montour, the No. 3 team from the WPIAL, on Tuesday.

On Saturday it was the Maddie Cowburn show as the Lady Owls standout scored four of her team’s five goals. Of those, two of them came in the first four minutes of the second half to break a 1-1 tie.

Lauren Anderson had the lone tally of the game for the Lady Dragons.

HOLLIDAYSBURG, Pa. – Sam Faulkner and Grace Emanuel scored for McDowell to send them to a 2-0 subregional win over Altoona.

After a scoreless first half, Faulkner’s goal came off an Emanuel shot just over four minutes into the second half.

Emanuel added the insurance goal with just over a minute to play.

With the win, McDowell moves on to play WPIAL No. 2 Seneca Valley in the first round of the PIAA playoffs on Tuesday.

HOLLIDAYSBURG, Pa. – McDowell fell behind 4-0 in a 4-2 loss to State College in their Class 4A subregional on Saturday.

Max Murphy and Luis Corrales scored for the Trojans.

Perfection is the Name of the Game for Clarion Volleyball Seniors in District 9
Villa Maria Finished 3rd in Girls’ Class 2A XC; Anderson (1A), Neubert (1A), Bayle (2A) with Top 10 Finishes
This website or its third-party tools process personal data.In case of sale of your personal information, you may opt out by using the link Do not sell my personal information.
×
Manage consent