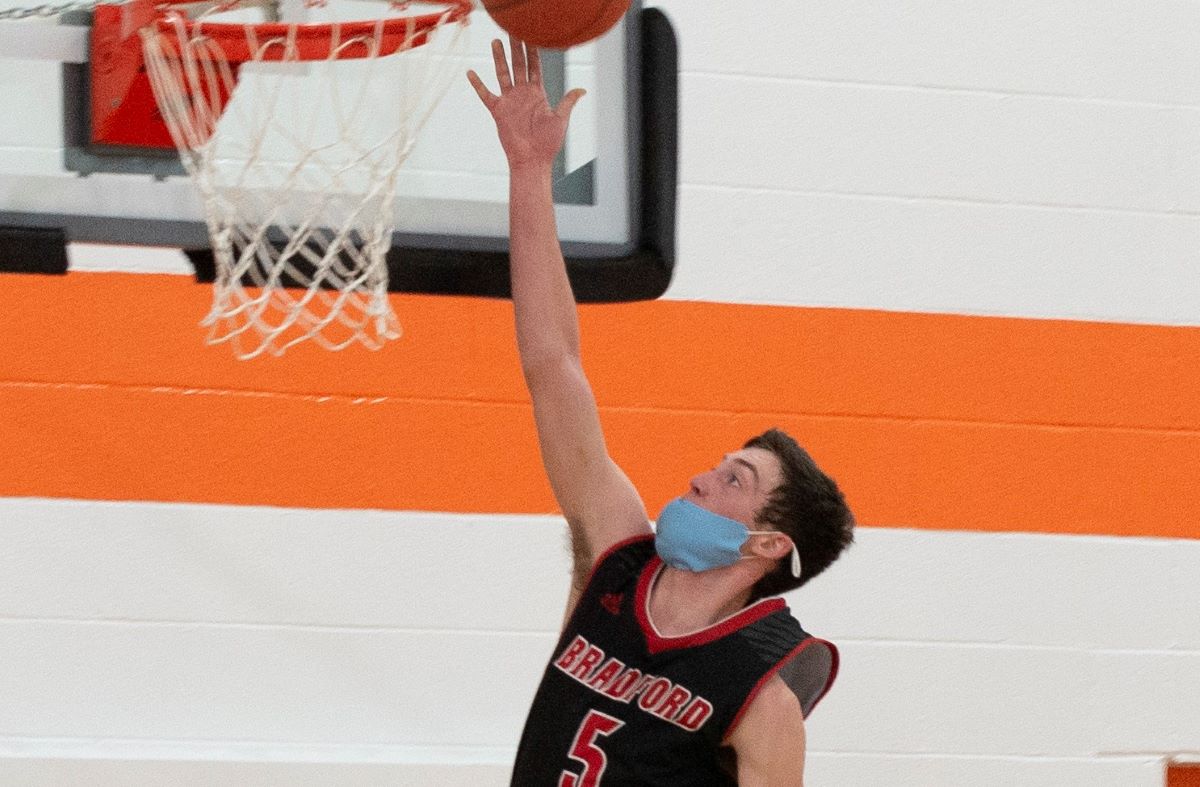 ALLEGANY, N.Y. – Scoring all six of its overtime points from the free-throw line, Bradford completed a comeback from a 14-point halftime deficit to beat Otto-Eldred, 61-57, in the consolation game of the Frank Rubick Bracket of the Joe DeCerbo Memorial Tournament at Allegany-Limestone High School.

The Owls trailed 28-14 at halftime and 39-31 at the end of the third quarter before outscoring the Terrors 24-16 in the fourth quarter to tie the game at 55.

Then, in overtime, Cam Austin scored four times from the free-throw line and Jerid Wilmoth twice from the line to give Bradford the victory.

The senior scored 23 of his game-high 24 points in the second half while spearheading the 24-point fourth quarter with a 16-point effort.

Jake Franz got the comeback started for the Owls scoring eight of his 17 points in the third quarter.

ALLEGANY, N.Y. – Aiden DeFazio hit three fourth-quarter 3-pointers to help Portville (N.Y.) pull away from Coudersport for a 63-54 win in the consolation game of the Pat Carroll Bracket of the Joe DeCerbo Memorial Tournament at Allegany-Limestone High School.

The Panthers led by three, 45-42, after the third quarter before outscoring the Falcons 18-12 in the final eight minutes.

DeFazio led a trio of Portville players in double digits with 18 points, all 18 coming on six 3-pointers. Luke Petruzzi hit four 3-pointers and added 16 points for the Panthers, and Troy Vansickle added 12 points.