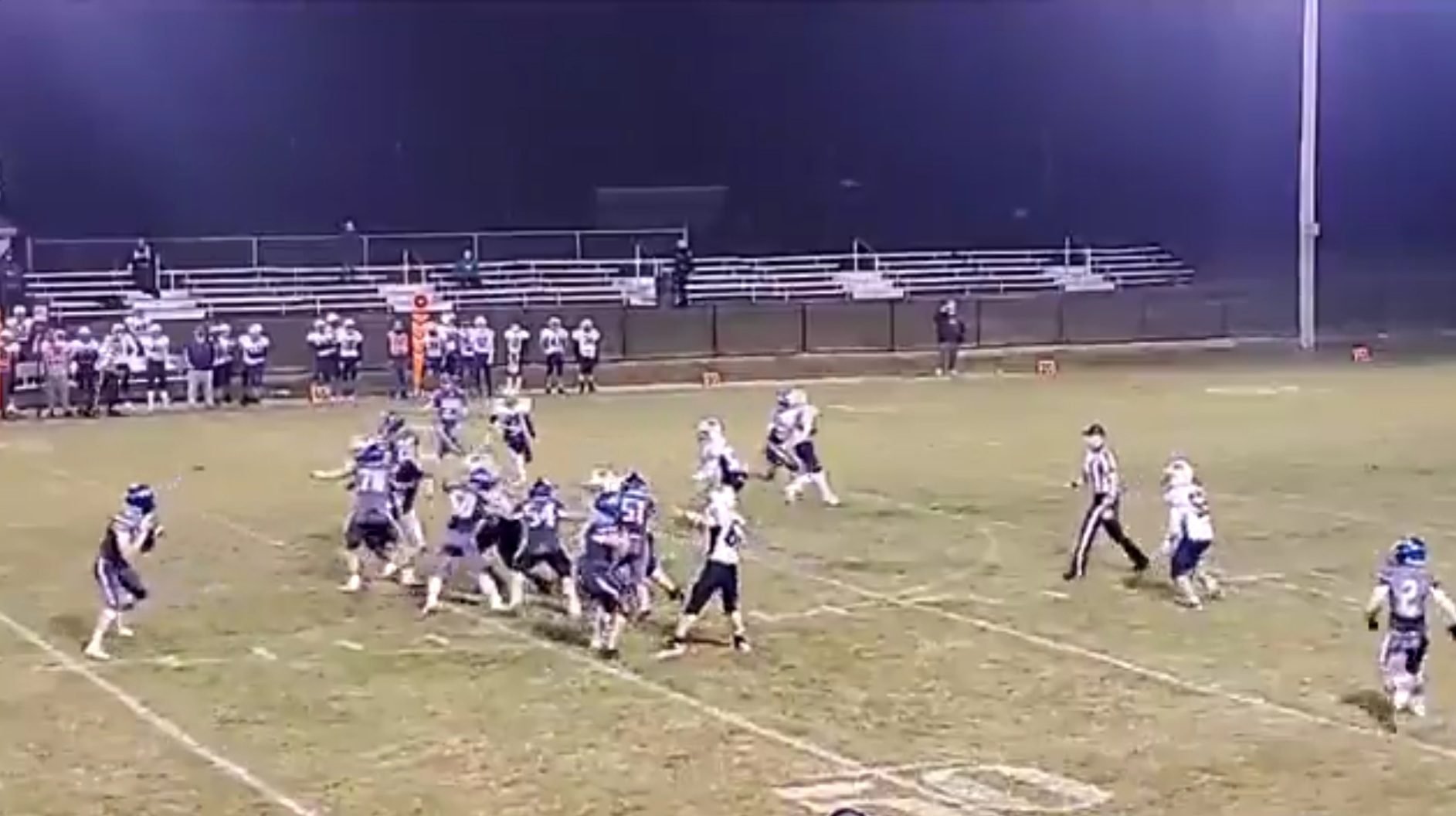 LINESVILLE, Pa. – Nathan Bortnick threw for three touchdowns and ran for another as Conneaut scored 15 points in the final 1:01 of the first half en route to a 28-0 win over Warren in the season opener for both teams.

Leading 6-0 late in the first half in a game broadcast on D9and10sports.com, and looking as if they may just run out the clock, Bortnick instead went up top to Zach Walker for a 76-yard score to make it 14-0 with 1:01 to go in the half after the 2-point conversion.

The Eagles got the ball back after a quick three-and-out by the Dragons and made quick work of a short field in just 18 seconds, as Bortnick called his own number from 16 yards out as time expired.

Bortnick, who accounted for over 200 yards of total offense, connected with Walker again on a 22-yard scoring strike in the fourth quarter to cap the scoring.

Bortnick’s first touchdown pass of the game went to Luke Petergol (3 yards) in the first quarter.

For his efforts, Bortnick was named the Jim Kelly Player of the Game Powered by the Allegheny Grille of Foxburg.

Max Lewandowski didn’t score a touchdown, but he did have a monster game on the ground, accounting for 200 yards.

Micah Passmore went over 100 yards combined passing and rushing for the Dragons in defeat.

Listen Live Football: Warren at Conneaut
Oil City’s Russell Named District 10 Jim Kelly Player of the Week Powered by the Allegheny Grille
We use cookies on our website to give you the most relevant experience by remembering your preferences and repeat visits. By clicking “Accept All”, you consent to the use of ALL the cookies. However, you may visit "Cookie Settings" to provide a controlled consent.
Cookie SettingsAccept All
Manage consent