Barr ‘Excited for the Opportunity’ to Lead Sheffield Football Program 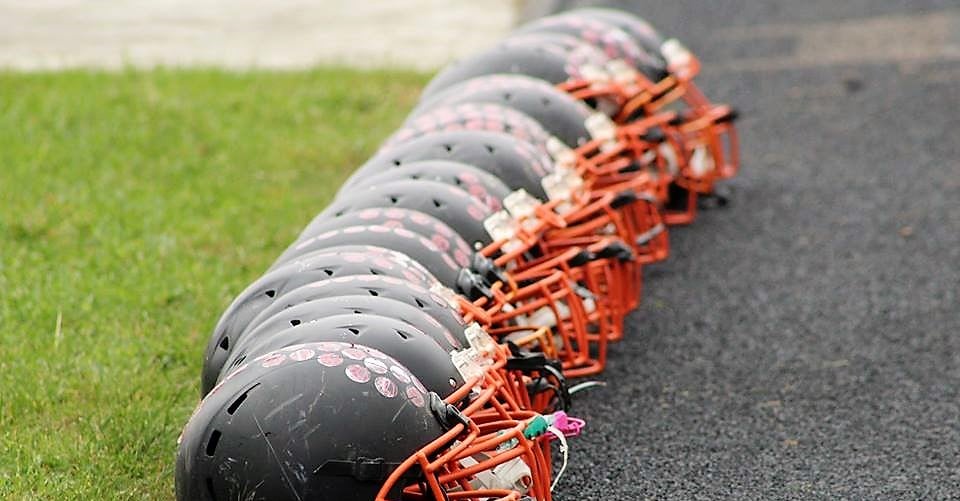 Michael Barr is set to take over as the head football coach at Sheffield. Photo by Rita Goldthwaite.

Michael Barr is Sheffield football through and through.

He graduated from the school in 1994, served under former coach John Bonavita as both a junior high coach and head assistant, and now, he’s taking over the reins of the program as head coach.

“I love the game of football,” Barr said. “I have a son who will be in high school and a daughter in middle school next year, and I’m at the point that they’re old enough to get back into coaching.”

He inherits a Sheffield program that was forced to cancel the remainder of its season after a season-opening loss to Keystone in 2020.

And he knows better than anyone the challenges that lie ahead.

“Numbers are always a challenge,” he said. “It was unfortunate what happened last year. We’re starting brand new. I feel like we’re building a new foundation, one that is going to be built on solid numbers.”

The Wolverines lost their co-op with Abraxas last season due to COVID-19, which was no doubt a major blow.

Barr was informed that the plan is to have the co-op with Abraxas next season, which was confirmed by Warren County School District Supervisor of District-Wide Athletics and Co-Curricular Activities, Rick Gignac.

“They have every intention of participating at this point in time,” Gignac said.

Added Barr: “That was one of my questions. Abraxas had said yes, 100 percent we want to be back. I worked there for 16 years before I made the jump out of the juvenile world. I haven’t talked to anyone down there yet, but yes, it sounds like we should have that co-op.”

That will no doubt help as Barr seeks to build a culture based on old-school, physical football.

“Win or lose, I want to be physical,” Barr said. “The winning will come after that. It’s all about getting the kids to buy in and knowing that we’re going to put a physical and competitive football team out on the field.”

Last season, Sheffield players who wished to continue playing went to Warren and finished out their season with the Dragons.

Barr looked at that as a positive as he seeks to rebuild the Wolverine program.

“I know there were some kids that went to Warren and came back with nothing but positive things to say,” Barr said. “I actually coached against Mr. Morelli (Warren head coach Mark Morelli) when he was Ridgway’s coach.”

And he’s already reached out to other Sheffield coaches in other sports as well, including Jordan Copley and Ryan Mangini with the boys’ basketball team, as well as plans to talk to Jack Rice, Tom Holden, and the wrestling team.

“We can all help each other out,” he said. “If we all work together to get kids to participate in multiple sports, that’s a good thing.”

And he’s excited about what the future will hold.

“I have a solid game plan, a vision of what I want to do as far as offensive and defense. I’m excited for this opportunity.”