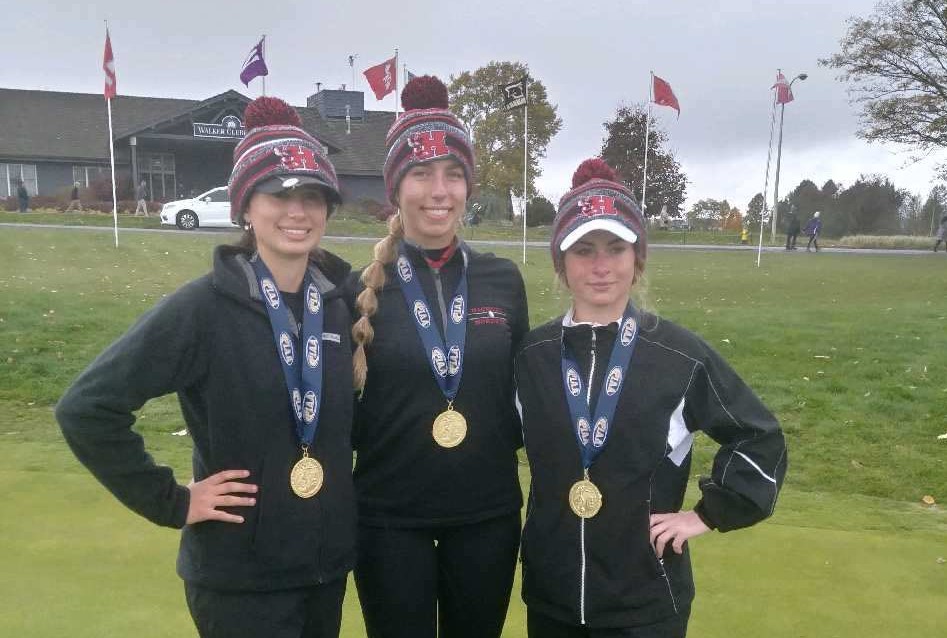 The Hickory Hornets girls’ golf team rolled to its second consecutive PIAA Class 2A team championship with a score of 236 (+20). District 10 claimed the top two spots, with Mercyhurst Prep finishing with a team score of 264 (+48), followed by Scranton Prep at 268.

Fresh off their Top 10 finishes in the individual championships, the Hornets’ Sasha Petrochoko and Luciana Masters each shot 78, while Ava Liburdi shot an 80 on Penn State’s Blue Course.

For Mercyhurst Prep, Katie Caryle carded an 83, while Izzy Barbero had a 90 and Lia Macek a 91.

On the boys’ Class 2A side, Lake Lehman shot a team score of 8-over to win the title, while Lakeview finished in sixth with a team score of 343 (+55). Chris Mong shot an 83, Adam Snyder an 86 and Jackson Gadsby and Owen Dye each carded 87s.

In the class 3A girls championships, McDowell finished fourth with a team score of 277 (+61). Phoenixville (+24) edged Peters Township (+26) for the title.

For McDowell, Alexis Marsh shot an 85, while Analise Wolf had a 94 and Genelia Kang a 98.

Oct. 19, ’22 VB Recaps: Huffman Leads Redbank Valley to Win; KC Rallies Past Oil City; Sharon Tops New Castle
Oct. 20, 2022 Volleyball and Soccer Schedule
This website or its third-party tools process personal data.In case of sale of your personal information, you may opt out by using the link Do not sell my personal information.
×
Manage consent