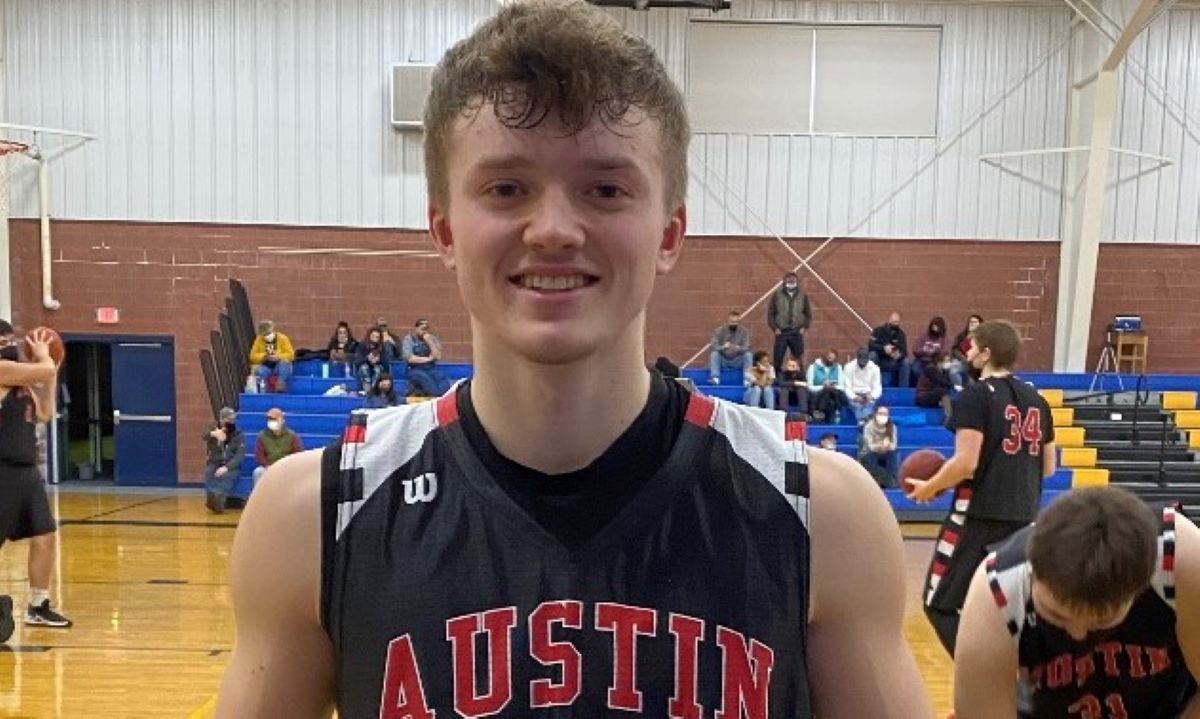 ULYSSES, Pa. – With an 18-point effort Friday night in a 51-31 win at Northern Potter, Austin’s Jackson Glover became the first boy at the school to score 1,000 career points since 2004.

Glover needed one point going into the game to get to 1,000 and achieved the goal in the first quarter on a free throw.

Glover is the first Panther boys’ player to hit the 1,000-point mark since Kyle Dynda in 2004. Dynda finished his career with 1,044 points. He is also the first boy or girl to score 1,000 points at the school since Katelyn Valenti did so for the girls’ team in 2012.