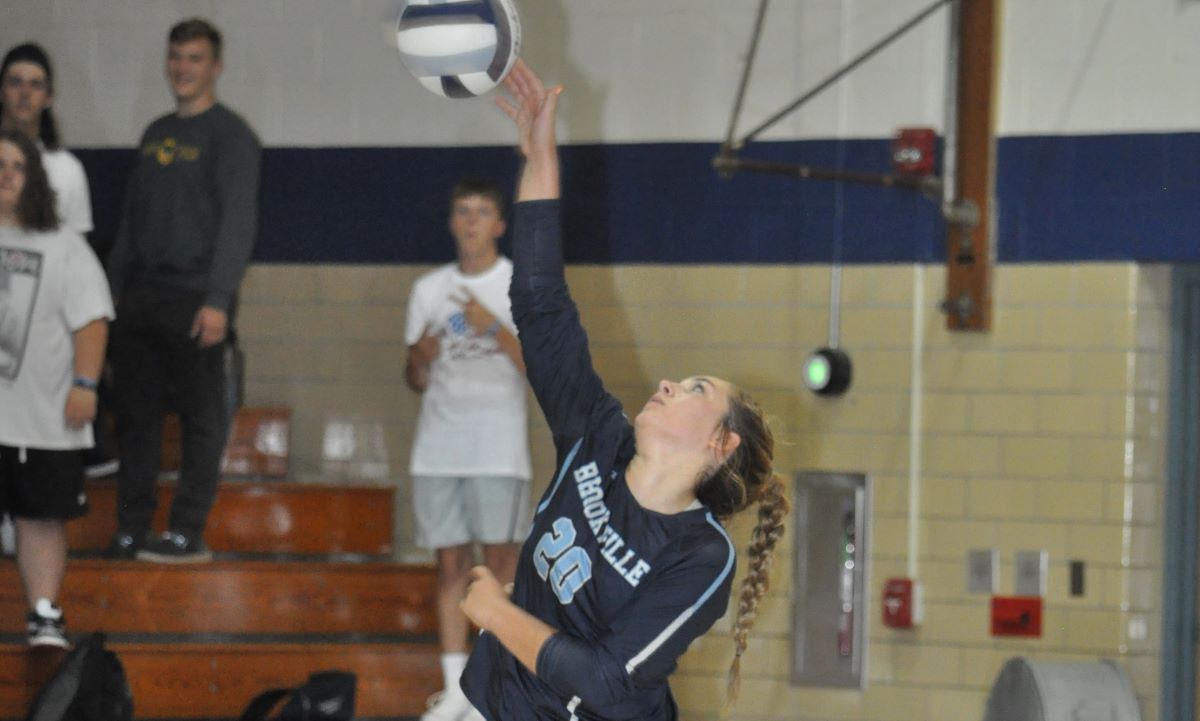 The Lady Raiders served well in the match with 16 aces led by five from Reggan Olson and five from Julie Monnoyer. Monnoyer led Brookville with seven kills with Olson, whose three second-set aces helped Brookville regain some momentum after a tough first set, had four kills.

Olson was named the Allegheny Grille of Foxburg Player of the Match and talked about her performance and the win.

Eden Wonderling chipped in six kills and an ace for Brookville.

Bailey Cannon added nine kills for the Lancers with Elaine Corwin and Emily Wismer each chipping in with eight and Magdalen Kennedy four.

Peyton Wotorson also had five set assists and four aces for Sheffield while going 16 of 17 from the service line.

Mackenzie Blakenship also had five kills and three solo blocks in the win.

Delaney Callahan chipped in nine kills for the Eagles.

Emily Snyder ran the offense with 22 set assists, and Gabby Gulvas led the defense with 10 digs.

Duncan led the Hornets with 14 kills with Garm adding 11 and Tromboli 10. Raeley Gargano ran the offense with 25 set assists.

Makenzie Lupole chipped in four kills and 10 digs for the She-Wolves, while Ainsley Hartle ran the offense with 16 set assists.

Grace Sanfillipo ran the offense for the Grape Pickers with 26 set assists, while Madisyn Szymanowski had 11 digs.

Aug. 30, 2022 Soccer: Brockway Boys Get by DCC; Karns City Girls Edge Slippery Rock
Clarion Claims Another KSAC Mega Match Win
This website or its third-party tools process personal data.In case of sale of your personal information, you may opt out by using the link Do not sell my personal information.
×
Manage consent