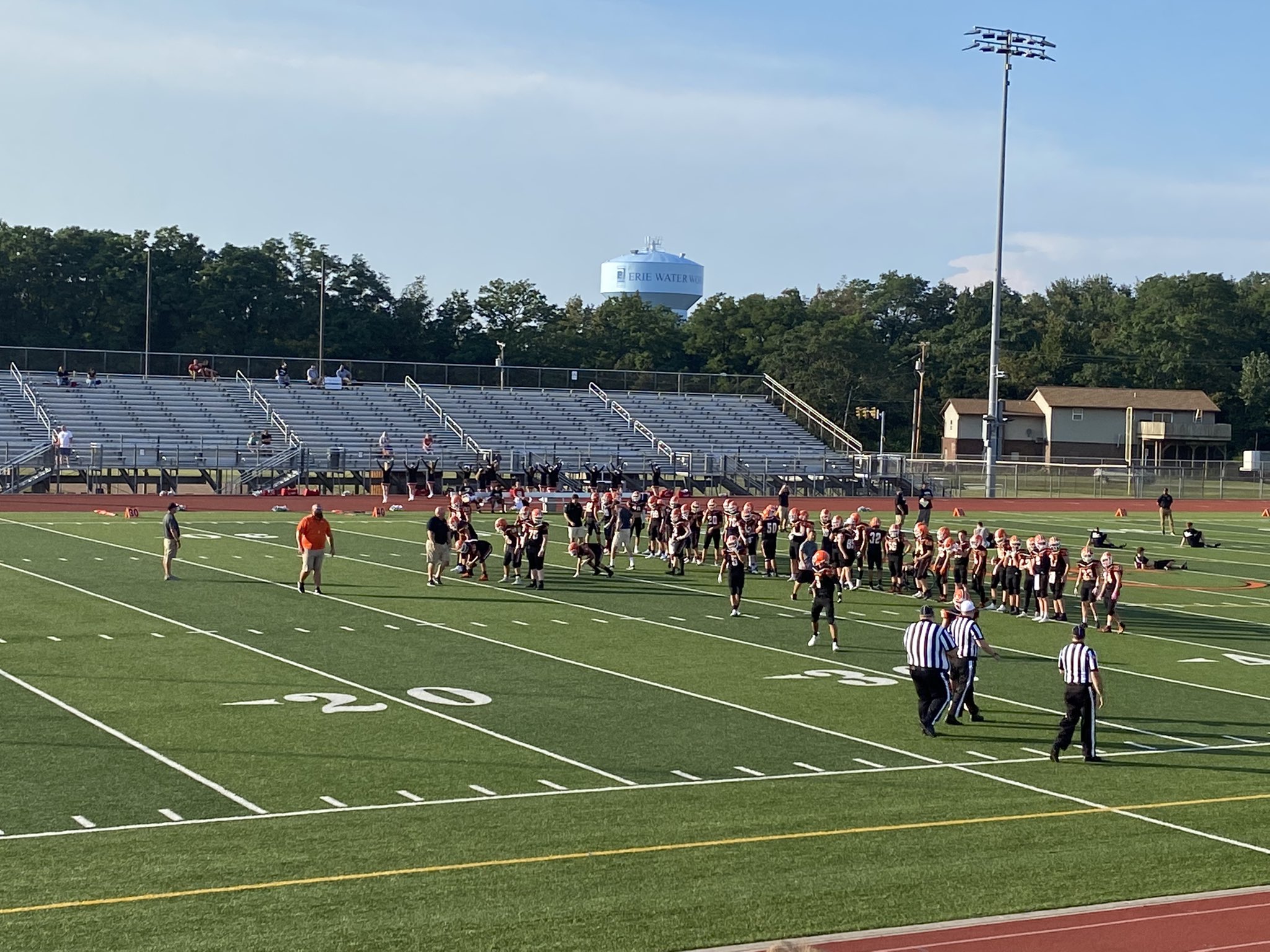 Ethan Wiley threw a pair of touchdowns passes to Logan Turton, who had four receptions for 87 yards. Jake Badger also had two touchdowns rushing for 85 yards.

Nathan Haines scored on a 19-yard run in the first quarter, with Wiley’s 10-yard pass to Turton in the third quarter making the score 39-0 and putting the mercy rule into effect.

Williamson scored on runs of 10, 26 and 75 yards for the Huskies and finished with 262 yards on the ground.

Dylan Fedak also had a rushing touchdown for Harbor Creek, which got two scores from Matt Cassidy in the second half as well.

CORRY, Pa. – In a game that was called at halftime, Sharon rolled past host Corry, 49-0.

Ja’on Phillips had a monster game in just one half for the Tigers, catching a pair of touchdown passes from Mikey Rodriques on throws of 60 and 37 yards. He also returned an interception 95 yards for a score.

Cortez Nixon, LaBrae Norris and Jayden Robinson all had touchdown runs in the first for the Tigers, while CC Harrison returned a punt for a score.

Listen Live (Audio Only): Smethport at Sheffield Football Powered by the Allegheny Grille of Foxburg
Lent and Company Lead Smethport Past Sheffield; Port Allegany Blanks Otto-Eldred
This website or its third-party tools process personal data.In case of sale of your personal information, you may opt out by using the link Do not sell my personal information.
×
Manage consent