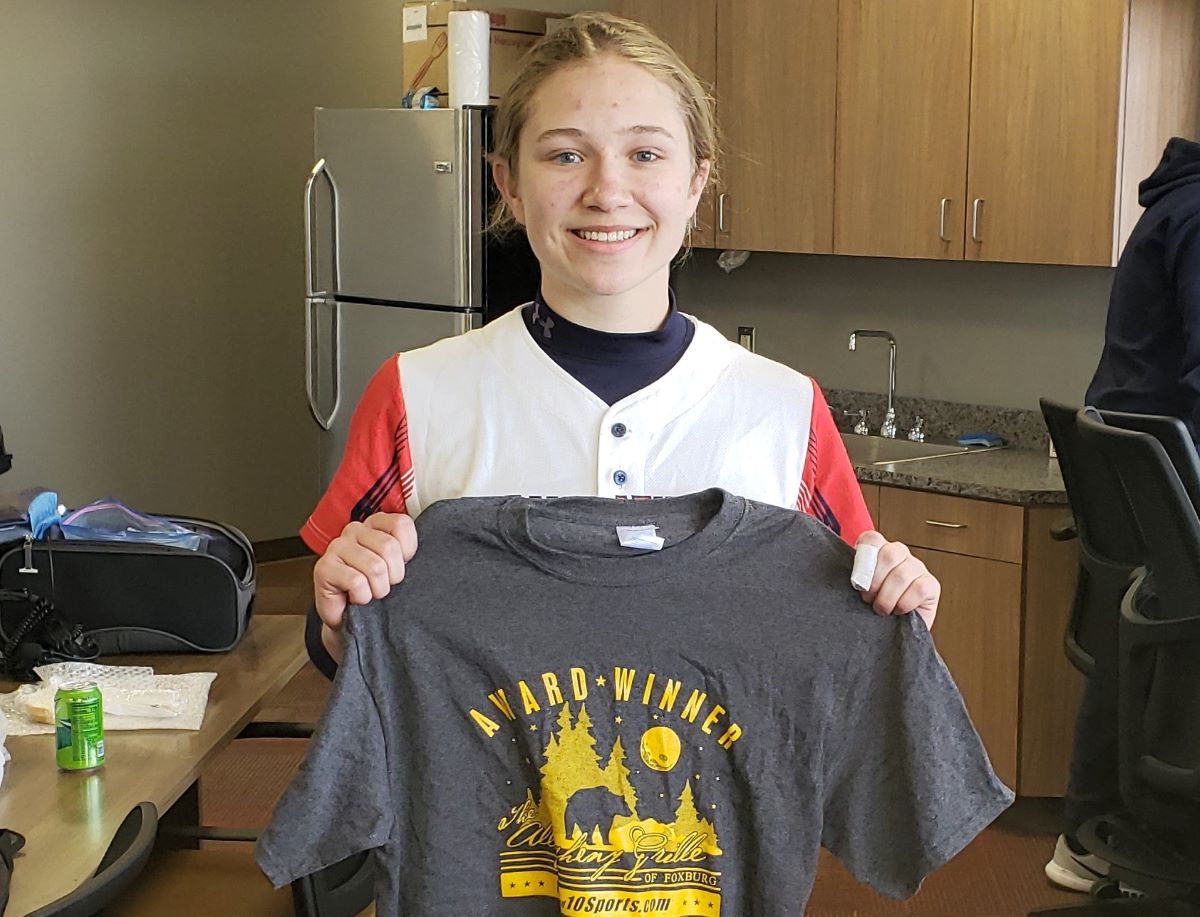 DUBOIS, Pa. – In a rematch of the 2021 District 9 Class 1A championship game, DuBois Central Catholic used an eight-run top of the fifth to beat Clarion-Limestone, 14-2, in five innings at Heindl Field in DuBois.

Kayley Risser led the way for DCC going 3-for-3 with a pair of triples, a walk, three runs scored, and three RBIs.

Risser, who was named the Allegheny Grille of Foxburg Player of the Game, talked about the victory.

Also driving in three runs for the Lady Cardinals was Lauren Davidson, who was 2-for-4 with a double and two runs scored, while Emma Suplizio went 2-for-3 with a walk, a double, and three runs scored.

Madi Hoyt chipped in a pair of hits in the victory going 2-for-3 with a double, two runs scored and two RBIs, and Marina Hanes added a pair of RBIs going 1-for-3 with a run scored.

Frances Milliron had a pair of hits for C-L going 2-fo-3 with an RBI and a run scored. Brinna Bailey also scored a run for the Lady Lions.

The Beavers scored five runs in the first inning, nine in the second, and four to close out the game in the third.

Colby Estrada had a monster day at the plate for the Beavers, going 2-for-2 with two triples and six RBIs, while Jordan Eli was 1-for-1 with a double and four RBIs and Billy Gray 1-for-1 with two RBIs and two runs. Alex Pasternak scored four runs and Estrada three.

Austin Mitchell got the win, going all three innings and allowing two earned runs on four hits, walking two and striking out one.

J.T. Blum was 2-for-2 with a double and a run for Warren, while Owen Blum and Gio Elinsky both had RBIs.

DUBOIS, Pa. – Using a seven-run second inning, St. Joseph’s Catholic Academy built a 10-0 lead after three innings of play and then held off a DuBois Central Catholic rally to pick up a 13-7 win at Stern Field in DuBois.

After falling behind by 10, DCC got within five, 12-7, thanks to a five-run sixth inning but could get no closer.

Thomas Delahoy led the St. Joseph’s offense going 4-for-5 with a run scored and two RBIs.

Evan Roach also drove in four runs in the win going 1-for-5 with a double and a run scored.

Carter Hickman drove in three runs for DCC going 1-for-2 with a double and two walks.

Green had a solid relief performance for DCC giving up three runs, two earned, on eight hits and two walks while striking out two in four innings of work.

WESTFIELD, Pa. – Kade Sottolono went 3-for-3 with a double, two runs scored, and two RBIs to lift Cowanesque Valley to an 8-1 win over visiting Port Allegany.

Cowanesque Valley got things started with a three-run first inning picking up the first hit of the season against the Gators, after back-to-back no-hitters by Port Allegany, when leadoff man Tucker St. Peter doubled before scoring on a Carter Ackley sac fly/

Julian Francis (2-for-2, 1 RBI) and Larson Swimley (2-for-2) also added a pair of hits each for the Indians with St. Peter scoring three runs while going 1-for-3. Mike Sipps also scored twice.

Sawyer Price went 2-for-2 with a walk for Port Allegany, while Ty Guilds was 2-for-3 with a run scored and Henry Troupe 1-for-1 with a double and an RBI.

Guilds took the loss allowing five runs, three earned, on five hits, two hit batters, and a walk in 2 ⅓ innings of work. Ian Dynda gave up two unearned runs on two hits in one inning on the mound, and Drew Evens allowed an unearned run on one hit and three walks while striking out four in 2 ⅔ innings of relief.