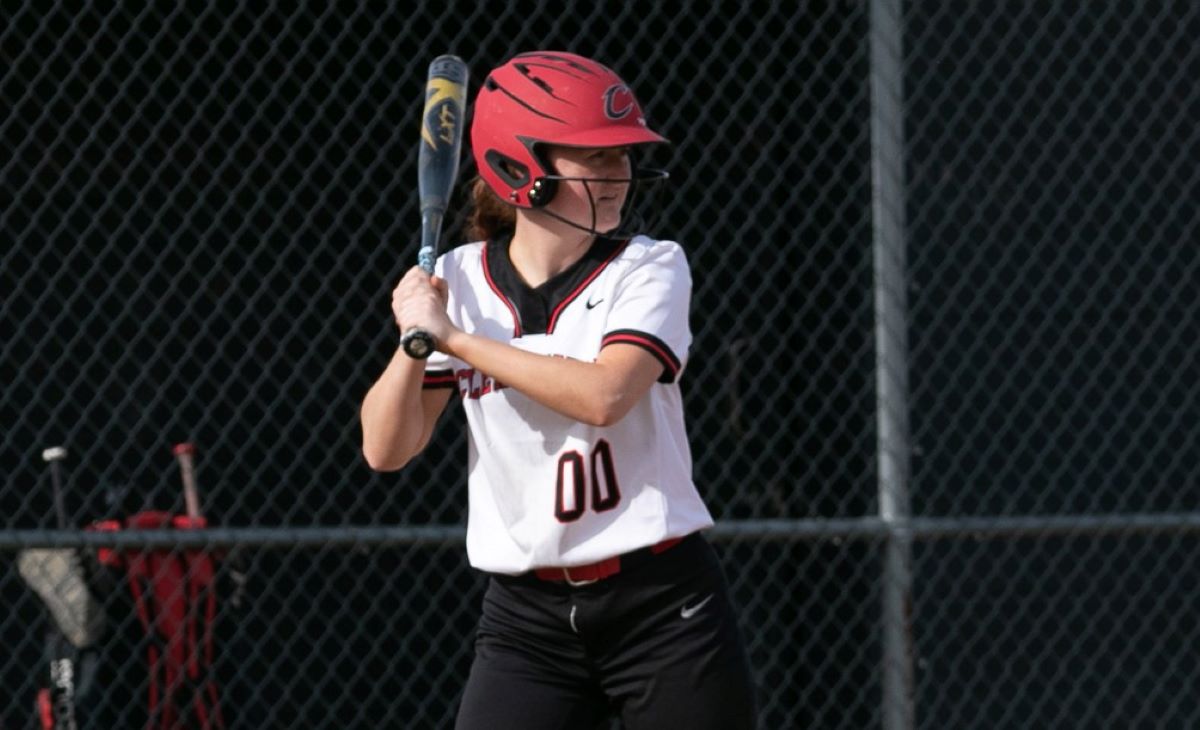 PORTAGE, Pa. – Clearfield won the one-day Portage Softball Tournament defeating Central Cambria, 13-2, in five innings in the title game after beating Glendale, 11-0, in six innings in the opening round.

In the title game against previously unbeaten Central Cambria, Olivia Bender threw a one-hitter allowing two runs, one earned. She walked eight and struck out one.

Emma Hipps, getting a rare game off out of the circle, led the offense going 2-for-3 with a home run, a walk, three runs scored, and five RBIs.

Hipps’s homer was one of four in the game for the Lady Bison with Bender, Lauren Ressler, and Ruby Singleton also homering.

Aubrey Ruddeck was 1-for-3 with two runs scored for Central Cambria.

Mia Ruddeck took the loss going four innings allowing 13 runs, 10 earned, on 14 hits, two walks, and a hit batter while striking out one.

Central Cambria had beaten host Portage, 10-0, in the opening round to go to 11-0 on the season while giving up just 13 runs all year before Clearfield did that in four innings, although the Lady Bison didn’t face Red Devil ace Kami Kazik.

Hipps pitched the opener against Glendale throwing a three-hit shutout striking out 12.

Bender and Ressler went deep in the game for Clearfield with Ressler hitting grand slam and going 1-for-5 with two runs scored and five RBIs. Bender was 1-for-4 with a run scored and an RBI.

Also on offense for Clearfield, Singleton went 2-for-4 with a double and three runs scored.

The Lady Vikings were hurt by five errors.

PUNXSUTAWNEY, Pa. – Punxsutawney swept a doubleheader from visiting Williamsport winning the first game 10-0 in six innings and 13-12 in the second game testtt

In Game One, Ciara Toven threw a four-hit shutout in six innings. She walked two and struck out four.

The Lady Chucks hit three home runs in the game, including one by Toven, who was 4-for-4 while adding a double. She scored three and drove in two.

Avary Powell and Sydney Hoffman also hit home runs for Punxsutawney with Powell going 2-for-4 with an RBI and two runs scored and Hoffman 2-for-3 with a run scored and four RBIs.

Brooke Skarbek was also 2-for-4 with a run scored and an RBI for the Lady Chucks.

Taryn Reed and Abby Roberton had doubles for Williamsport.

In a wild second game, Punxsutawney found itself down 7-3 at the end of one innings before taking a 10-7 lead after 3 ½ innings only to see Williamsport tie the game at 10 after five innings.

The Lady Chucks then scored three times in the top of the seventh (they were the visiting team in the second game) before the Millionaires scored twice in the bottom of the innings and had the tying run at second with only one out before Toven struck out the final two batters to seal the win.

Powell had a key two-run double in the three-run seventh driving in the final two runs of the game for Punxsutawney while going 1-for-5 with two runs scored and two RBIs.

Toven hit another home run and was 2-for-3 with two walks, two runs scored, and four RBIs, while Karli Young was 4-for-5 with a run scored and an RBI.

Ali Chilson hit a home run for Williamsport while going 3-for-3 with two walks, two runs scored, and four RBIs.

Toven got the save in a game she actually started.

In the first inning, she didn’t record an out among the first six batters she faced allowing six runs, four earned, on four hits and a walk. But in the seventh, she was put back in the game and struck out two with the winning run at first and the tying run at second.

In the first game against Port Allegany, Lexi Berta, Kayley Risser, and Kali Franklin each had a pair of RBIs with Berta going 1-for-1 with a run scored, Risser 1-for-3 with two runs scored, and Franklin 2-for-2 with a run scored.

Madi Hoyt and Lydia Morgan combined on a three-inning perfect game in the circle for DCC with Hoyt getting the win going two innings striking out five and Morgan pitching one inning striking out three.

In Game Two vs. Port Allegany, Marina Hanes went 4-for-4 with a walk, three runs scored, and two RBIs to lead the DCC offense while Melia Mistkavich was 3-for-4 with three RBIs.

Mitskavich got the win pitching four innings allowing one hit while striking out seven. Morgan pitched a scoreless inning striking out two.

Lloyd was the losing pitcher going five innings allowing 21 runs, nine earned, on 19 hits, three walks, and a hit batter while striking out one.

The first two games and the bus ride to St. Marys weren’t enough to slow down DCC, as the Lady Cards took care of Elk County Catholic, 11-1, later in the evening.

Morgan Tyler got the win going five innings allowing one earned run on three hits and two walks while striking out four.

KANE, Pa.- Kane swept a doubleheader from visiting Brockway winning 8-3 in Game One and 16-15 in Game Two.

In Game One, Makieya McGuire was 3-for-3 with a pair of doubles for Kane, while Jenny Crowely was 2-for-3 and Maya Smith added a pair of hits, including a triple, while adding two RBIs.

Leah Tigani got the win going the distance allowing three runs, one earned. She walked three and struck out five.

In the second game, Hailey Slater had four hits, including a double, Smith and Saide Walter each added three hits as did Tigani with two of hers being triples.

Madi Stahli got the win going 2 ⅔ innings allowing five earned runs on one hit, eight walks, and three hit batters. Tigani got a four-out save striking out wo while walking a batter and allowing one hit. Smith went three innings giving up 10 runs, two earned, on five hits and seven walks while striking out seven.

Game One Brockway stats weren’t available, but in Game Two Danielle Wood was 2-for-4 with two walks, a run scored, and two RBIs, and Madalynne Heckman was 2-for-3 with a double, two walks, two runs scored and three RBIs. Savannah Ross also drove in three runs while going 1-for-4 with a walk and two runs scored.

COUDERSPORT, Pa. – Jenna Kasmierski and Payton Delhunty each drove in a pair of runs to help visiting Johnsonburg to an 11-3 win over Coudersport.

Emma Saulter hit a home run for Coudersport and was 1-for-2 with a walk, two runs scored, and two RBIs.