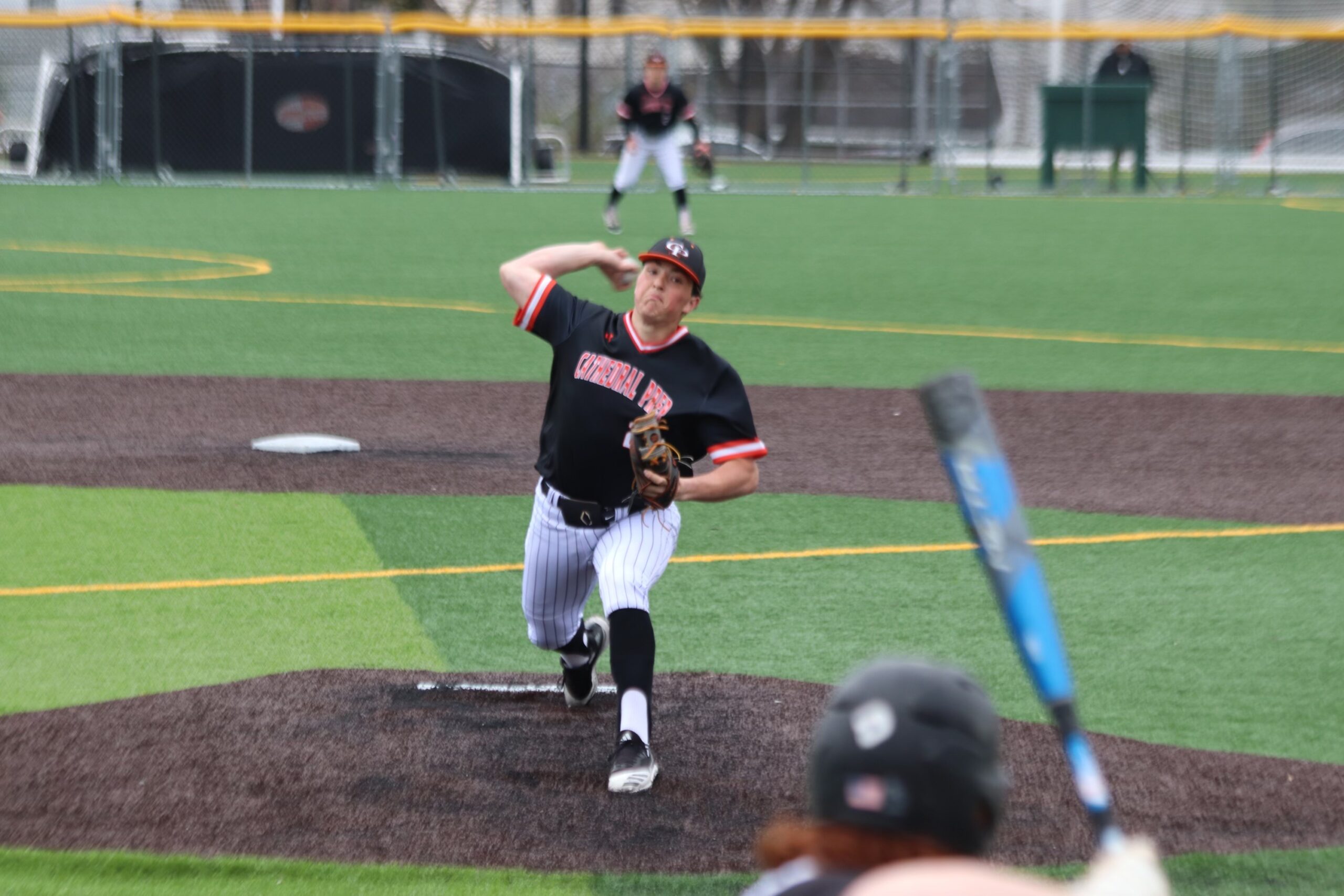 Constable went 1-for-3, while Costello, Reece Colvin, Jason Fultz Jr., Patrick Sullivan, Maddox Stadler, and Andrew Malec all drove in one run each.

Kevin Fuentes took the loss for Erie, allowing nine runs (five earned) in four innings on four hits. He struck out one and walked four.

Caldwell was dominant, striking out 11 and issuing just one walk.

The Bison scored single runs in the first and third innings on an RBI double off the bat of Caldwell and an RBI single from Ryan Welka.

WATTSBURG, Pa. – Seneca scored a combined seven runs in the fourth and fifth innings on its way to a 9-3 win over Iroquois.

Kendall Yosten went 2-for-3, belting a home run and finishing with two RBIs for Seneca, while Christian Wieczorek was 2-for-5 with three RBIs, Ben Reider 2-for-4 with two RBIs, and Sean DeMauri 2-for-2 with three runs.

Ben Burkhardt delivered a pair of hits for Iroquois and Reilly Brown had an RBI.

Ramy Sample got the Cardinals within one in the inning on an RBI single, which was followed by a two-run single off the bat of Andrew Albert to make it 8-7.

ERIE, Pa. – Mercyhurst Prep built a 4-0 lead after four innings and withstood a Grove City rally for a 4-3 victory.

Ryan Gates drove in a run for Mercyhurst Prep, while Mike Nelligan had two hits.

Gates got the complete-game win, scattering six hits and allowing one earned run, striking out six and walking two.

Earman also doubled and drove in a pair of runs for the Eagles.

Moreland’s slam was one of nine hits for Rocky Grove, which also took advantage of eight free passes issued by Maplewood pitching.

Aaron Burkhardt and Isaac Clayton set the tone atop the Rocky Grove lineup, each going 2-for-3 with four runs scored. Reece Henderson was 1-for-3 with three RBIs and Travis Knupp was 1-for-1 with two RBIs and two runs.

HERMITAGE, Pa. – Kennedy Catholic built a 7-0 lead after three innings on its way to a 9-8 win over Reynolds.

The Golden Eagles led 9-3 going into the seventh. Reynolds rallied with five runs to get within one, but Remington Hart was able to get a strikeout to end the game for KC.

Hart had a strong day at the plate for the Golden Eagles, driving in three runs, as did teammate Riley Mastowski. Stargell Fuhr was also 2-for-2 with two RBIs and Thomas Malvar 2-for-3 with three runs.

Fuhr got the win, going 4 ⅔ innings and allowing two runs (one earned) on three hits, striking out eight.

Nolan Reichard was 3-for-4 with two doubles, two RBIs, and two runs for Reynolds, which also took advantage of six Kennedy Catholic errors.

April 30, 2022 D9/D10 Baseball/Softball Scores Powered by the BHL Sportsperson of the Year Award
April 30, 2022 D10 Softball Recaps: Villa Hands Warren First Loss; CASH, Northwestern Get Comeback Wins, Franklin Stays Perfect
This website or its third-party tools process personal data.In case of sale of your personal information, you may opt out by using the link Do not sell my personal information.
×
Manage consent