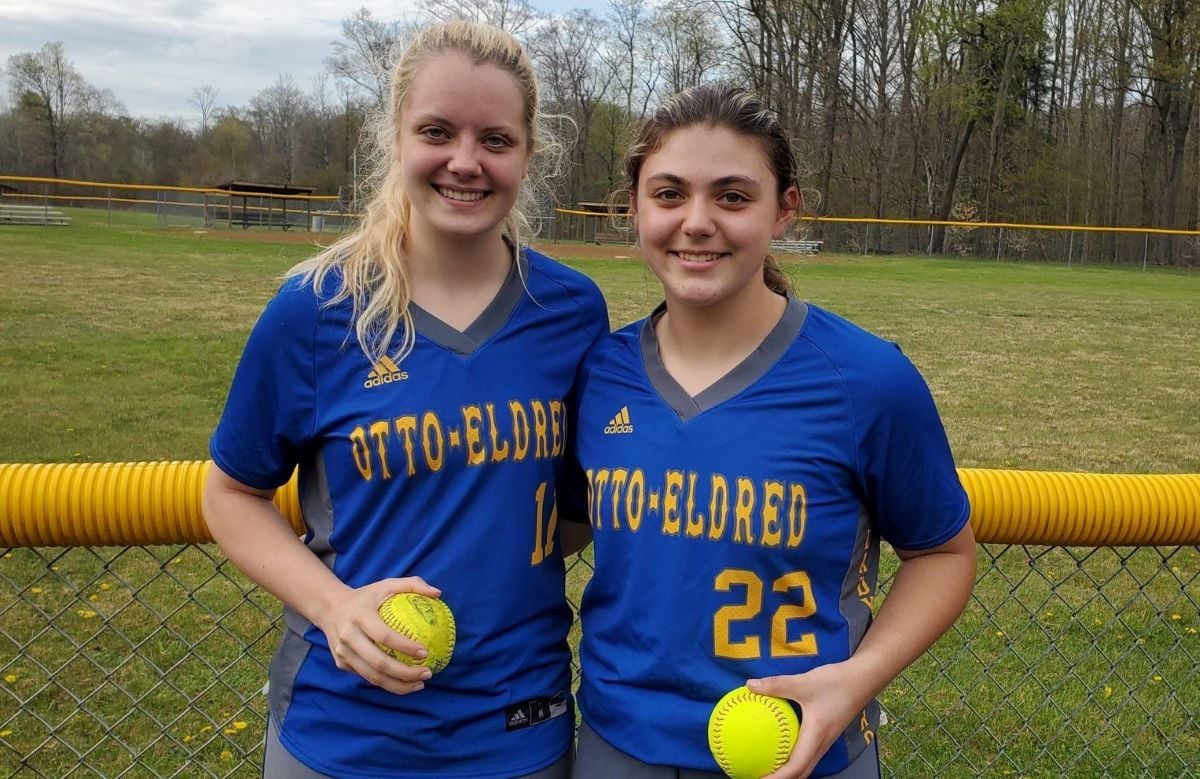 TIONESTA, Pa. – Have yourself a game, Madison McFarland.

McFarland went 4-for-5 with two home runs, a triple, four runs scored, and 11 RBIs to lead Forest Area to a 19-9, six-inning win over Union.

Emily Aites, meanwhile, drove in three runs while going 1-for-5 with a two-run home run and three RBIs, while Emma McFarland was 2-for-4 with four runs scored and an RBI, and Maggie Boehme was 2-for-3 with a double, four runs scored, and two RBIs. Jess Wagner and Natalie Meyers each had two hits as well with one of Meyers’ being a double.

DUKE CENTER, Pa. – Reilly Raught went 2-for-3 with a single and a two-run home run, while Kate Rhinehart was 1-for-2 with a three-run home run to lead Otto-Eldred to a 15-0, four-inning win over visiting Smethport.

Bri Heller and Kaylee Heller were both 2-for-2 with an RBI as well for the Lady Terrors.

Abby Wolfe got the win going three innings not allowing a hit while walking three and striking out five.

Bri Heller finished up striking out all three she faced in the fourth.

Tylar Colley took the loss giving up eight hits and 10 walks while striking out one.

SENECA, Pa. – Courtney Stewart and Emily Staab each had three hits to lead Moniteau to a 9-4 win at Cranberry.

Also for Moniteau, Brynne Barger was 1-for-4 with a run scored and two RBIs.

Stewart got the win going seven innings allowing four runs on six hits and six walks while striking out 14.

BROOKVILLE, Pa. – Julie MacWilliams ripped a three-run inside-the-park homer and finished with three hits to lead Brookville to a 13-7 win over Bradford at Northside Field.

The Lady Raiders scored in their first six at-bats, including four in the fourth inning with three coming on MacWilliams’ homer with two runners on base. She singled in a run in the fifth and wound up scoring on the play when the ball was misplayed in the outfield.

Ashton Pangallo threw the first four innings to get the win, allowing five hits and one run while striking out four and walking two. Bradford rallied for six runs in the final three innings off relievers Natasha Rush and Mara Bowser.

Adrienne Angel and Mary Bukowski each singled twice for Bradford. Kalie Dixon was the losing pitcher, giving up eight hits while walking 10 and striking out three. Three of Brookville’s runs were unearned.

CURWENSVILLE, Pa. – Scoring 15 runs in the first innings, Curwensville rolled to a 16-1, three-inning win over Brockway.

The Lady Tide had 13 hits in the game, including six extra-base hits.