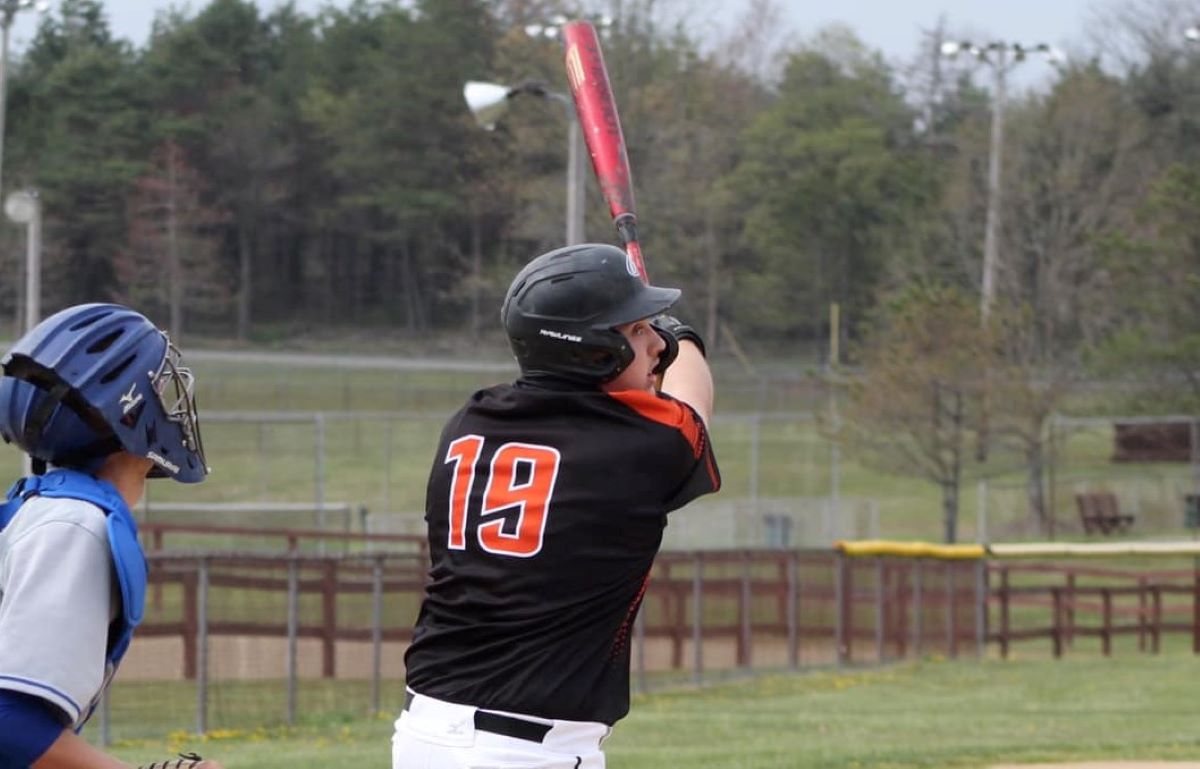 Cole Slaugenhoup threw a 2-hitter and also had a pair of hits in Clarion's 2-0 win over A-C Valley Wednesday. Photo by Nathan Girvan

Slaugenhoup went seven innings allowing just two hits while walking a batter and hitting a batter. He struck out three.

Both of Clarion’s runs came in the third inning when Tanner Miller scored on a wild pitch and Gary Matus, who reached on an error, scored on a base hit by Slaugenhoup.

Slaugenhoup went 2-for-3 with a double and an RBI to lead Clarion’s offense.

Lane Bauer and Ryan Cooper had hits for A-C Valley. Bauer also stole a base.

The Warriors took a 7-0 lead after 4 ½ innings before holding off a late rally by Cranberry, which included a two-run seventh.

Thompson was 1-for-2 with a sacrifice fly.

Also for Moniteau, Dawson Wallace went 2-for-4 with a double, two runs scored, and two RBIs.

TIONESTA, Pa. – Karter Vogle was 3-for-3 with a home run, two doubles, a walk, three runs scored, and three RBIs to lead Union to a 10-5 win over Forest Area at West Forest.

Christian Rodgers also went 2-for-4 with a run scored and an RBI for the Golden Knights with Doug Huffman going 1-for-3 with a walk and two runs scored.

Matt Schmader was 2-for-3 with a double, a walk, an RBI, and two runs scored for Forest Area, while Colton Kuntz was 1-for- with a double and three RBIs.

Schmader was the losing pitcher.

COUDERSPORT, Pa. – Ryan Clouser went 3-for-3 with two doubles and two RBIs to lead Coudersport to a 10-0, five-inning victory over Galeton.

Patrick Lehman was 2-for-2 for Galeton with Ty Stove going 2-for-3.

Redmond got the win going five innings allowing five hits and striking out 10.

DUBOIS, Pa. – Carter Hickman went 2-for-3 at the plate and also pitched a strong game to help DuBois Central Catholic to a 5-3 win over visiting Curwensville.

Hickman got the win going 5 1/3 innings allowing three runs, two earned, on six hits and two walks while striking out eight. Jalen Kosko picked up the save going 1 2/3 innings striking out two.

Coudriet, who was removed when he reached the pitch limit with 104, allowed four hits, four walks, and hit a batter while striking out nine. Alex Vollmer got the final two outs.

Connor Bullers hit a home run for the Dutch and was 1-for-3 with a run scored and three RBIs, while Garrett Bauer was 2-for-4 with a double, a run scored, and an RBI.

Isaac London was 2-for-3 with a double and a walk for Punxsutawney.

April 28, 2021 D9/D10 Baseball/Softball Scores Powered by the BHL Sportsperson of the Year Award
April 28, 2021 D10 Baseball/Softball: Malec Blasts Three Homers for Prep BB; Union City Softball Blanks McDowell
We use cookies on our website to give you the most relevant experience by remembering your preferences and repeat visits. By clicking “Accept All”, you consent to the use of ALL the cookies. However, you may visit "Cookie Settings" to provide a controlled consent.
Cookie SettingsAccept All
Manage consent