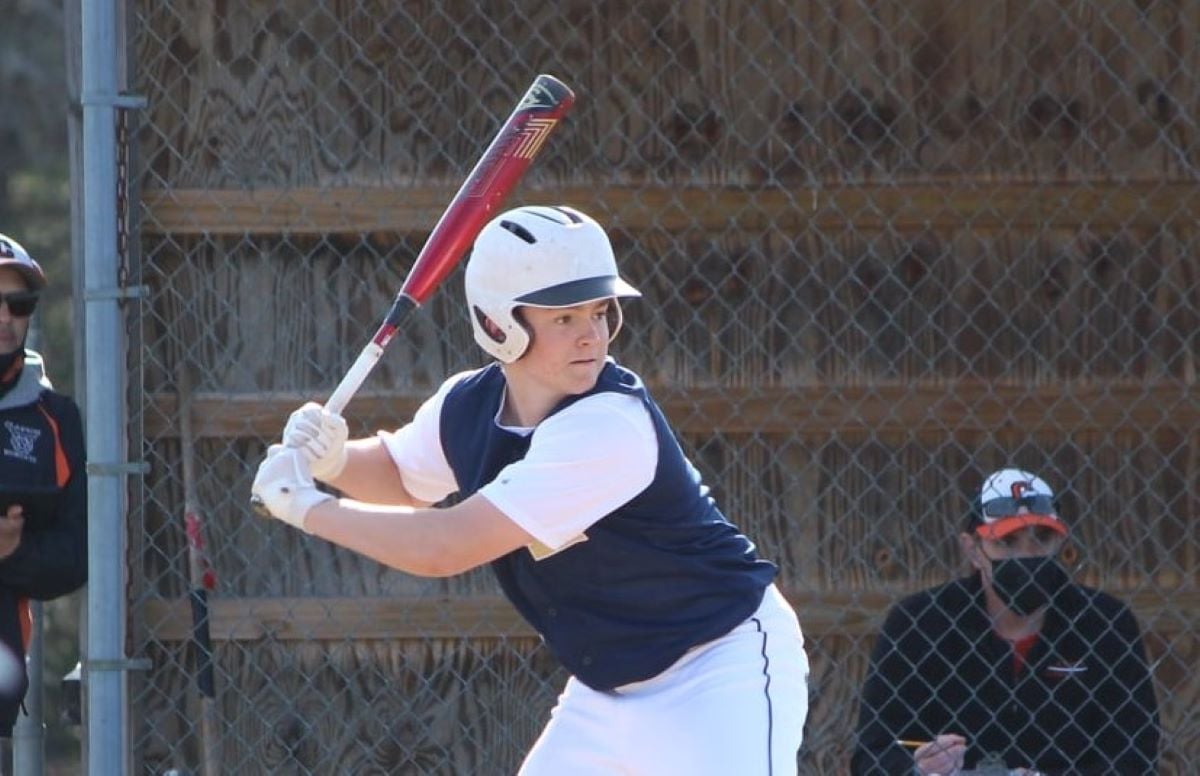 BUTLER, Pa. – A dropped fly ball to left field on a ball hit by Dawson Wallace allowed Moniteau to walk off visiting Brookville, 4-3, at Michelle Krill Field at Historic Pullman Park in Butler.

Brookville had rallied to tie the game at three with two runs in the top of the seventh, but Moniteau immediately had the answer in the bottom of the inning when Keagan Book singled leading off the inning and took second on a wild pitch. Mason Mershimer was then intentionally walked, and a wild pitch put runners on second and third. Branson Carson was then intentionally walked bringing up Wallace, who lofted a fly ball to left that left fielder Bay Harper dropped – Harper actually threw to third to force a runner but the game was over.

The Raiders tied the game with two runs in the top of the seventh with the first run of the inning scoring on a Jace Miner groundout and the next one on a Hunter Geer groundout.

The rally made sure Miner didn’t take the loss. The senior lefty pitched decently going five innings allowing two runs, both earned, on five hits and three walks while striking out seven.

Chase Palmer relieved Miner in the sixth after Miner threw 97 pitches and took the loss. He allowed two runs, one earned, on three hits and two walks while striking out one in an inning-and-a-third of work.

Brock Matthews to the win in relief of Carson. He pitched 1 ⅓ innings allowing three unearned runs on a hit, a walk, and a hit batter. He struck out one.

Carson was fantastic in his 5 ⅓ innings of work allowing just three hits and a walk while striking out 15, recording all but one of his outs by strikeout before reaching his pitch limit at 97. Sixty-one of his pitches went for strikes.

Miner had three of Brookville’s four hits going 3-for-4 with a triple and an RBI.

FAIRMOUNT CITY, Pa. – Bryson Huwar and Hayden Callen did work at both the plate and on the mound to lead visiting Clarion-Limestone to a 6-3 win over Redbank Valley.

Also for the Lions, Jordan Hesdon was 2-for-4 with a pair of doubles and two RBIs, and Tommy Smith was 3-for-4 with a run scored.

EMPORIUM, Pa. – Garrett Kellert went 3-for-4 with a double, two runs scored, and five RBIs to lead visiting Coudersport to an 18-0, three-inning win over Cameron County.

The Falcons only had eight hits in the game but took advantage of six Cameron County errors, 10 walks, and a hit batter to score the 18 runs.

Ryan Clouser and LT Myers also scored three times for Coudersport with Myers going 1-for-1 with two walks and an RBI. Wyatt Daisley scored twice and also had an RBI while walking twice.

Kellert and Jackson Glove combined to not allow a hit or a walk in three innings of work with Cameron County reaching once on an error.

Kellert started and went an inning with a strikeout. Glover got the win going two innings striking out four.

MT. JEWETT, Pa. – Justin Peterson was 3-for-4 with a double, a run scored, and three RBIs to lead Kane to an 11-1, six-inning win over visiting Port Allegany.

Vaughn was 3-for-5 with a double, a run scored, and an RBI, and Kresovich was 3-for-4 with an RBI and two runs scored.

Kyler Cunningham also hit a home run in the win going 1-for-5 with a run scored and two RBIs, and Miles Stover was 2-for-5 with an RBI.

Nolan Barr was 3-for-3 with a double, a run scored, and two RBIs for Clearfield.

Wyatt McClain got the win going six innings allowing three earned runs on seven hits, two walks, and two hit batters while striking out five. Wyat Coakley got the save throwing a scoreless seventh walking one.

Ryan Gearhart took the loss going two innings allowing six runs, five earned, on seven hits, a walk, and a hit batter while striking out one.

The Gremlins took advantage of 18 free passes, five hit batters, and two Cranberry errors to overcome an 11-8 deficit after five innings – a nine-run sixth was the difference.

Braden Grossman and Braeden Rodgers both added doubles for the Gremlins with Grossman going 1-for-3 with two walks and three RBIs and Rodgers 2-or-5 with a walk, an RBI, and three runs scored.

Metcalfe got the win in relief of Neff going 1 ⅔ innings allowing four earned runs on three hits and two walks while striking out two.

Neff pitched 4 ⅓ innings giving up seven runs, three earned, on eight hits and a hit batter while striking out three. Rodgers pitched a scoreless inning hitting a batter and striking out one.

Alex Tofayo, the fourth of those six, took the loss. He pitched to six batters and didn’t record an out allowing six runs, all earned, on two hits and four walks.