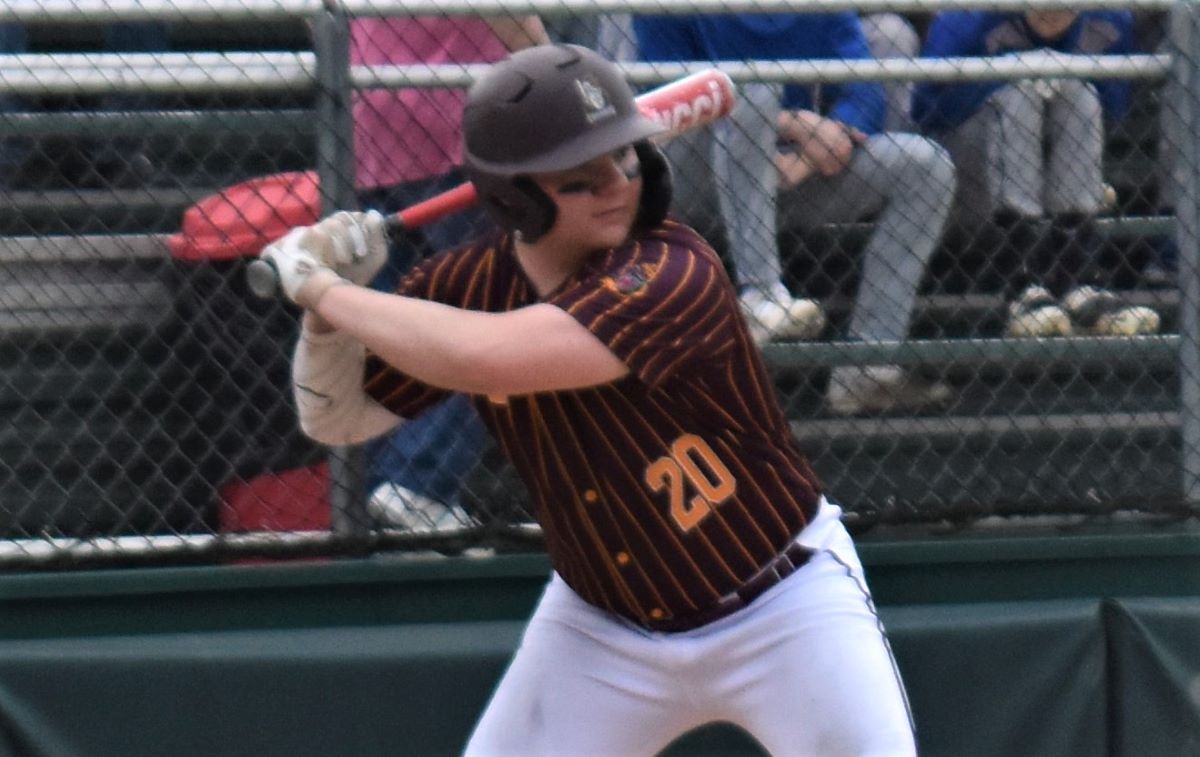 ST. MARYS, Pa. – The two-week wait to complete its game with visiting Brookville was well worth the wait for Elk County Catholic, as David Anderson’s two-out single to center scored a pair of runs to help the Crusaders walk off the Raiders, 6-5.

The game started on April 11 in St. Marys, and Brookville led 1-0 in the second inning when rain halted the game. The teams resumed action in DuBois April 13, and Brookville took a 5-2 lead after six innings when the game was again halted because ECC had a game in St. Marys with Johnsonburg it needed to get to.

The final inning was played Monday, and the Crusaders made the most of it.

Two singles and an error loaded the bases with no one out against Jamison Rhoades – who believe it or not pitched all seven innings over the course of the three days for Brookville.

After an intentional walk reloaded the bases, Dom Zambanni grounded out to first making it 5-4 with two outs.

Another intentional walk followed, and Anderson won the game with his single.

Anderson was 2-for-3 with a double, a walk, and two RBIs with Zambainni going 2-for-4 with a run scored and an RBI.

Joe Tettis got the win going one scoreless inning allowing a walk and striking out two.

Tommy Slay started for the Crusaders and pitched six innings allowing five runs, four earned, on 13 hits and a walk while striking out five.

ST. MARYS, Pa. – After suffering the walk-off loss to ECC in the completion of a twice-suspended game (see above), Brookville bounced back to score four runs in the seven to beat St. Marys, 10-6, at Berwind Park in St. Marys.

Tied at six going to the seventh, Brookville scored the first two runs of the inning without the benefit of a hit using three walks, a hit batter, and a sac fly to make it 8-6. A two-run double by Bryce Rafferty then added the final two runs.

Jamison Rhoades hit a home run in the victory for the Raiders while going 1-for-3 with two walks, two runs scored, and three RBIs.

Hunter Roney also drove in three runs in the win going 2-for-4 with a walk and a run scored, while Rafferty was 1-for-4 with a double, a walk, and two RBIs.

Carson Weaver scored three times for Brookville, and Hunter Geer was 2-for-4 with a walk and two runs scored.

Carter Price was 2-for-4 with three RBIs for St. Marys with Christian Coudriet going 2-for-3 with a walk and a run scored, Alex Vollmer 2-for-4, Kaden Snelick 1-for-2 with two RBIs, and Charlie Coudriet 1-for-4 with two runs scored.

Rhoades got the win in relief throwing two innings allowing one earned run on three hits while striking out five.

Hunter Geer started for Brookville and pitched four innings allowing five runs, four earned, on seven hits and four walks while striking out two. Ruhlman threw one scoreless inning allowing a hit and striking out one.

Alex Vollmer took the loss going four-plus innings in relief of Tony Lewis allowing four runs, three earned, on three hits, three walks, a hit batter. Logan Mosier gave up one earned run on one hit and a walk while striking out two in an inning of work.

Camron Marciniak and Ethan wells also each walked, drove in a run, and scored twice.

Nolan Roulo was 2-for-3 with a run scored for Bradford with Cam Austin going 1-for-4 with a double and three RBIs.

Jefferson Freeburg started and pitched three scoreless innings allowing one hit, a walk, and a hit batter while striking out eight.

Allegretto threw a scoreless seven allowing a hit and striking out two.

Adam Ward calmed things down for the Owls pitching 5 ⅓ innings of scoreless ball allowing one hit and a walk while striking out six.

SHINGLEHOUSE, Pa. – Jake Narby and Maddox Baughman combined to drive in seven runs to help Cameron County to its first win of the season, 12-9, at Oswayo Valley.

Narby was 2-for-4 with a walk, a run scored, and four RBIs, and Baughman was 2-for-5 with a double and three RBIs.

Hayden Brown also drove in a pair of runs while scoring two for the Red Raiders, Devin Fowler was 1-for-3 with two walks and three runs scored, and Derek Cherry was 1-for-4 with a walk and two runs scored.

Josh Beer went ⅔ of an inning allowing three earned runs on three hits, three walks, and a hit batter while striking out one.

Treyton Tucker got the save coming into the game with the two runners on and one out in the seventh and Cameron County up four allowing one inherited runner to score. He walked two and didn’t give up a run of his own.

Hickman didn’t allow a hit in five scoreless innings of work. He did walk four while striking out three.

Kaden Brezenski threw a 1-2-3 sixth inning for the Cardinals to keep the no-hitter in tack, but Jake Henretta broke up the combined no-hit bid leading off the seventh with a double to left.

The Chucks scored both of their runs in the seventh with both being charged to Brezenski, whose final line was one inning pitched, two earned runs, one hit, one walk, and one strikeout.

Aiden Snowberger closed out the game allowing a pair of hits and striking out two.

Brandin Anderson led the way on offense for DCC going 2-for-3 with a home run, a run scored, and two RBIs. Matt Pyne was also 2-for-3 with two runs scored.

Garrett Kellert also had a double and scored twice for the Falcons.

Max Splain was 2-for-2 with two walks and an RBI for Otto-Eldred.

Coudy used three pitchers with LT Myers getting the win in relief pitching two innings allowing an unearned run on two hits, a walk, and two hit batters. He struck out one.

Deutschlander got five outs allowing a hit and three walks while striking out two.

Sunderlin walked four and struck out seven while throwing 81 pitches in five innings of work. He was also the offensive hero for the Golden Tide driving in four runs while going 3-for-3 with a walk.

Matthew Brubaker had both hits for Brockway, including a double.

Eric Wherry pitched ⅔ of an inning allowing four unearned runs on one hit, three walks, and a hit batter, and Chad Young threw ⅓ of an inning.

Sherwin was 2-for-3 with two runs scored.

Leo Gilliland had the lone hit for Forest Area.

Hunter Troutman got the win going five innings allowing one hit while striking out eight. ‘

Smith was 4-for-4 with four runs scored, while Bryson Huwar went 1-for-2 with a double, two walks, two runs scored, and two RBIs.

Niah Weckerly was 1-for-2 with a triple and a run scored for Keystone.

Huwar started for C-L and went one inning with the rare four strikeouts thanks to a wild pitch. He did hit a batter.

Sam Hogue took the loss going 1 ⅓ innings allowing four earned runs on one hit and four walks while striking out one.

Ian Keth pitched 2 ⅔ innings for Keystone giving up nine runs, six earned, on 11 hits, a walk, and a hit batter while striking out one.

Weckerly finished off throwing a scoreless inning allowing a hit and striking out three.

Heverly did walk five batters but struck out 13 in getting the no-no.

Ethan Koleno drove in two runs for Bald Eagle going 2-for-3 with a double and a run scored.

Heverly helped his own cause by going 1-for-2 with a double, a walk, and an RBI.

Blake Pretash took the loss going 5 ⅔ innings allowing six unearned runs on seven hits and two walks. Hunter Rumsky got one out for the Bison.