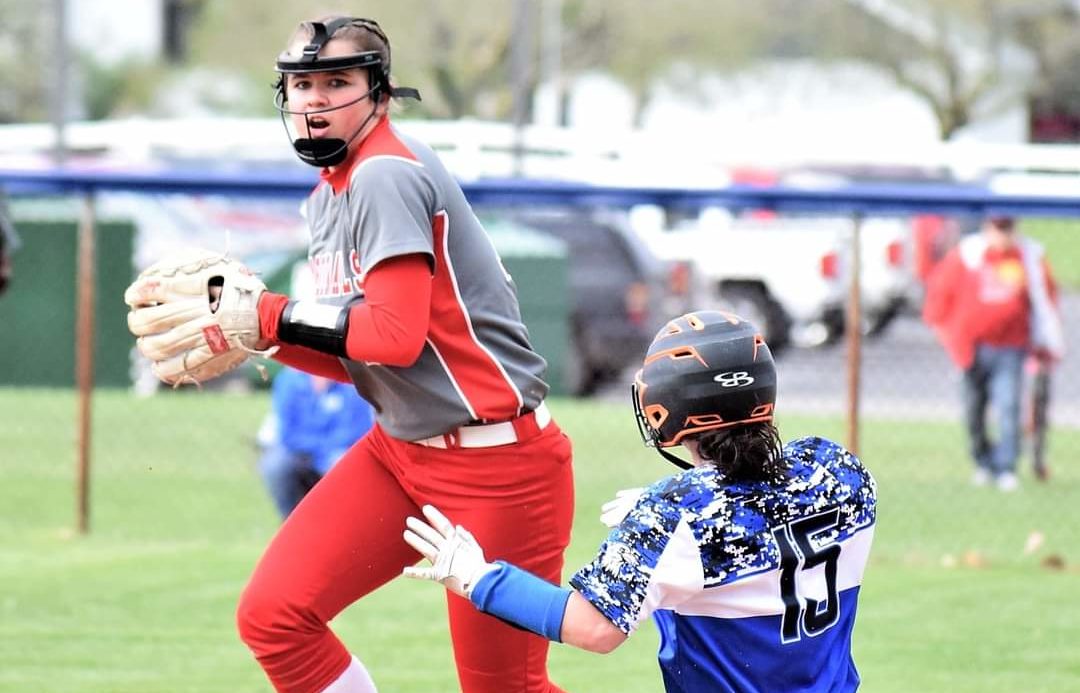 Fairview scored 13 runs in the second inning and 11 in the fifth.

Jenna Hanas was 5-for-5 with two doubles, five RBIs, and five runs for the Tigers, while Brinna Price was 4-for-4 with a double, three RBIs and four runs.

FRANKLIN, Pa. – Cochranton scored three runs in the fifth inning and three more in the sixth to break a 2-2 en route to an 8-2 victory over Rocky Grove.

Jaylin McGill and Katelyn Ewing each went 3-for-4 with two RBIs. Both players had RBI singles in the fifth inning.

In the sixth, Ewing and Taytum Jackson and McGill belted a run-scoring double.

Ewing got the complete-game victory, allowing eight hits and striking out six.

STONEBORO, Pa. – Lakeview built an 8-0 lead after two innings on its way to a 12-0 victory over Rocky Grove.

Booher got the shutout win on the mound, striking out nine and allowing just three hits.

NEW WILMINGTON, Pa. – Jadyn Flick had a big day in helping Wilmington to a 17-0 win over Kennedy Catholic.

Flick fired an abbreviated no-hitter, striking out 10 and allowing just one walk. At the plate, she was 2-for-2 with three RBIs and two runs.

The Greyhounds collected 13 hits in the game, eight of which went for extra bases.

GROVE CITY, Pa. – Grove City scored five runs in the second inning on its way to a 6-1 win over Grove City.

Chloe Lenkner collected three RBIs for the Eagles, while Courtney Saylor drove in a pair of runs and Logan Jones was 3-for-3.

Jones got the complete-game victory, allowing six hits and one walk, striking out six.

The Hornets trailed 2-1 in the seventh, with Malaiah Burns’ RBI single tying the game.

SAEGERTOWN, Pa. – Saegertown erupted for 10 runs in the fifth inning en route to a 10-0 win over Cambridge Springs.

Henry Shaffer got the 1-hit shutout, allowing just one walk and striking out five.

Zach Balog broke things open for the Panthers at the plate, going 3-for-4 with a double and four RBIs.

STONEBORO, Pa. – Lakeview scored three runs in each of the first two innings and never looked back in a 14-5 win over Jamestown.

Kyle Uber had four RBIs in the game, including the big blow, a 3-run homer in the fifth inning, as well as a sac fly in the sixth.

Mason Bevan and Chase Hostetler drew a pair of bases-loaded walks in the first inning for the Sailors, and Bevan and Isaac DeVault had RBI singles in the second.

DeVault went 3-for-4 with three RBIs, while Anthony Grim drove in a pair of runs and scored three.

Uber got the win, going 4 ⅔ innings and allowing just one hit and three unearned runs, recording 11 of his 14 outs via strikeout.

MERCER, Pa. – Ben Miller and Isaac Schleich both homered and Jaret Boyer had four hits in Wilmington’s 16-4 win over Mercer.

The Greyhounds scored in every inning but one, including a seven-spot in the seventh inning.

Schleich and Shane Book finished with three RBIs each, while Boyer and Miller had two each. Colby Lewis drew four walks and scored a pair of runs, while Dylan Batley had two hits and two RBIs.

Schleich got the win, going five innings and allowing two runs (one earned) on two hits and two walks, striking out eight.

Julian Lawrence went 1-for-3 with an RBI for Mercer.