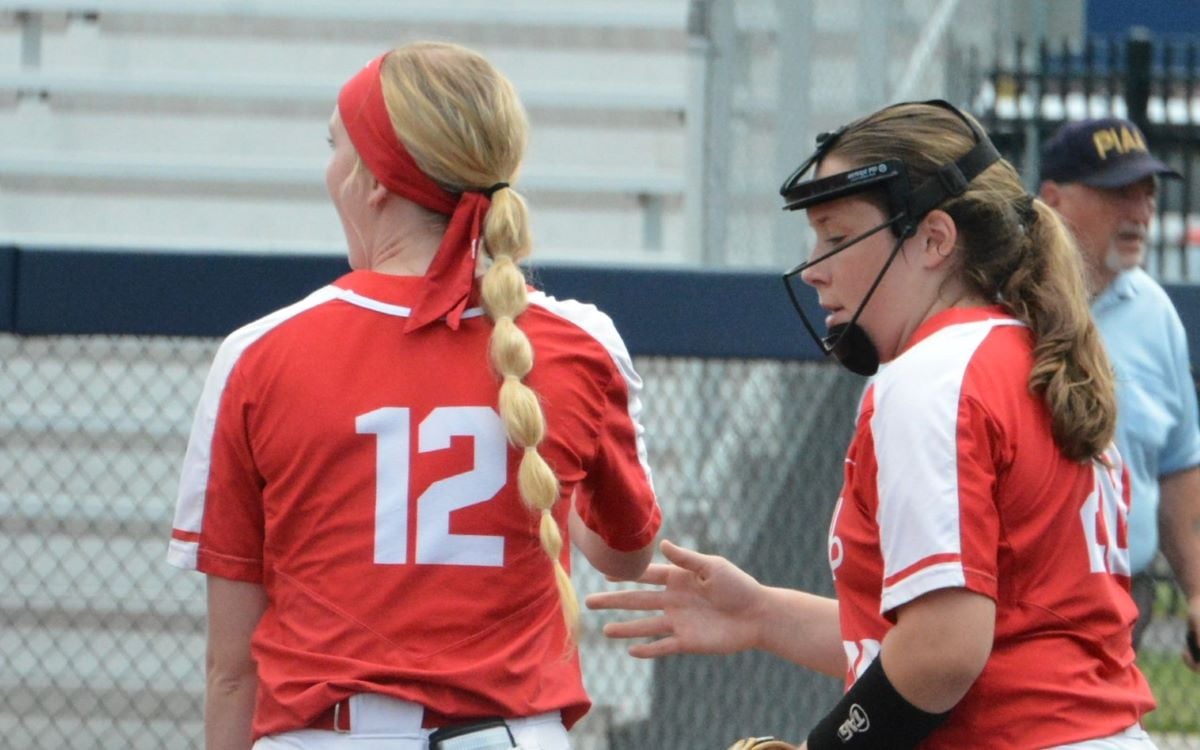 KARNS CITY, Pa. – Karns City used a five-run fifth inning to break a two-all deadlock on its way to a 7-3 win over visiting Jamestown.

Ashley Fox’s two-run home run was the big blow of the fifth inning and broke the tie.

Also for the Lady Gremlins, Megan Whitmire and Zoe King each went 2-for-4 with a run scored and an RBI.

Patton, the third pitcher used by Karns City, got the win going three innings allowing an earned run on one hit while striking out two.

Allison Walker started for the Lady Gremlins and went three scoreless, hitless innings allowing one walk and striking out one. Whitmire pitched one inning giving up two earned runs on two hits and a walk while striking out one.

Savanah Thurber took the loss in relief for Jamestown allowing five runs, three earned, on six hits, and a walk while striking out one in two innings of action.

WILLIAMSPORT, Pa. – In a pitching duel between Williamsport’s Layla Waldman and St. Marys’ Kendall Young, Waldman’s Millionaires got a run in the fourth inning to top Young’s Lady Dutch, 1-0, in Williamsport.

Waldman went the seven-inning distance for the shutout allowing six hits and striking out two.

Young was perhaps better in her six innings of work giving up the earned run on just two hits and a walk while striking out 15.

Young tried to help herself at the plate going 2-for-3, while Lindsey Reiter was also 2-for-3 with a double.

Abby Robertson was 1-for-2 with an RBI for Williamsport.

ALTOONA, Pa. – Ciara Toven threw a 3-hit shutout, and Emily Dobbins and Kaylee Guidice each drove in two runs to lift visiting Punxsutawney to an 11-0 win over Altoona.

Mackenzie Milchak went 2-for-2 with a walk for Altoona.

With the game tied at 6-6, the Cardinals offense took control in the fifth. The first nine batters of the inning reached base safely, and DCC collected three extra-base hits in the inning.

Lauren Davidson drew a bases-loaded walk to bring in the first run, then Melia Mitskavich singled, Emma Suplizio doubled, and Kayley Risser tripled to push the Cardinals lead to 12-6.

Morgan Tyler picked up the win in the circle with four scoreless innings of relief. She didn’t allow a hit and struck out three.

Emily Mourer had a 2-run homerun, and Sydney Alexander had a pair of RBIs for ECC.

Mourer took the loss going six innings. She allowed 15 runs, 11 earned, on 17 hits and four walks with one strikeout.

DUBOIS, Pa. – Freshman Brayden Fox went 2-for-4 with a triple, a run scored, and two RBIs to help DuBois Central Catholic knock off visiting Clarion, 7-2, at Stern Field in DuBois.

Aiden Snowberger, who was 1-for-1 at the plate with a double, a run scored, and three walks got the win in relief of Fox.

Gary Matus was 2-for-3 with a double for Clarion with Devon Lauer going 1-for-1 with a triple and a run scored.

Porter started for the Rams and went two innings striking out three and hitting a batter.

Aiden Zimmerman paced the Johnsonburg offense hitting a pair of home runs and going 2-for-3 with a walk, three runs scored, and five RBIs.

Porter also had a pair of RBIs for the Rams, while Allegretto was 2-for-3 with a run scored.

Adam Alenderfer drove in a pair of runs for the Millionaires while going 1-for-2 with a run scored.

Mosier pitched two innings giving up one earned run on one hit.

Perry allowed two hits and two walks through five innings while striking out 13. Banks allowed one hit and struck out three in two innings of relief.

The Golden Tigers scored three runs in the first inning thanks to a Matt Smith 2-run single and an RBI-double by Perry. They scored again in the third on a Nate Sell sac fly.

Kyle Elensky took the loss on the mound allowing four runs, all earned, on five hits and two walks while striking out two. Ryan Gearhart allowed just one hit through three scoreless innings of relief. He walked one and struck out four.

NORTH EAST, Pa. – Tyler Wittman’s 2-run double in the fourth inning broke a 1-1 tie and lifted North East to a 4-1 win over Seneca.

Reid Courtwright was dominant on the mound for North, tossing a complete-game three-hitter. Courtwright walked just one and struck out 10, throwing 66 of 92 pitches for strikes in his dominant effort.

April 1, 2022 D9/D10 Baseball/Softball: Geer, Brookville BB Stage Late Rally to Beat Punxsy; DuBois Tops St. Marys in Extras
D9and10Sports to Broadcast Clarion at DuBois Softball Monday (April 4)
This website or its third-party tools process personal data.In case of sale of your personal information, you may opt out by using the link Do not sell my personal information.
×
Manage consent