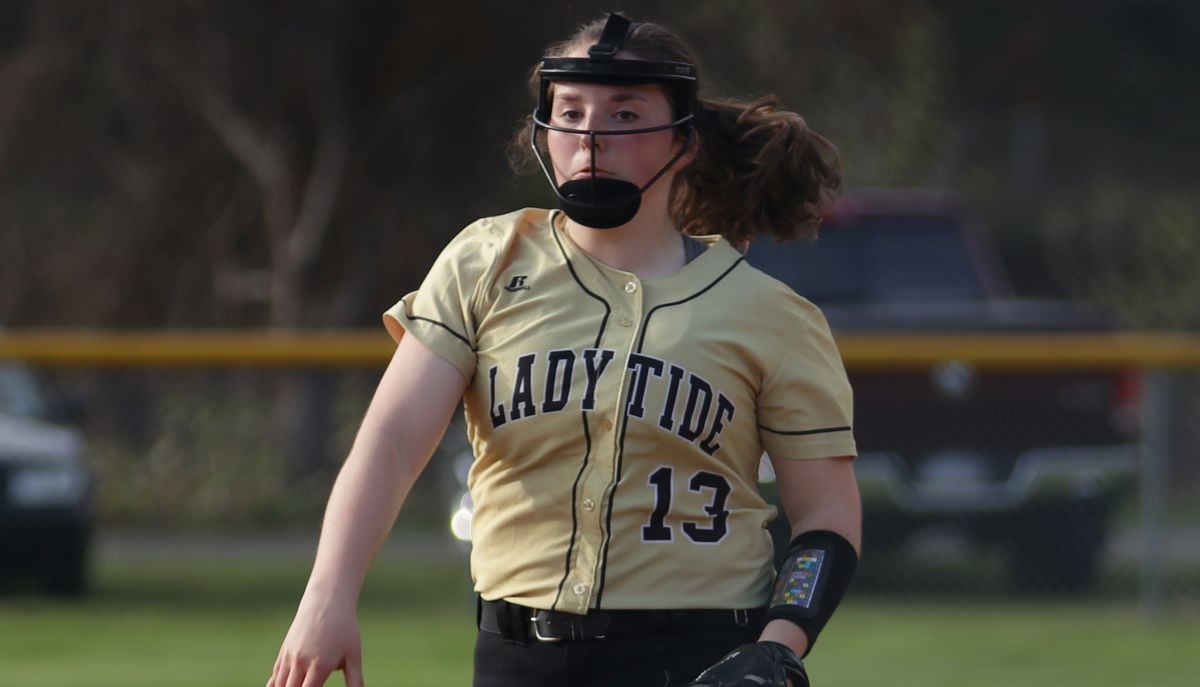 BROCKWAY, Pa. – Joslynne Freyer tossed a five-inning no-hitter while striking out 13 to lead Curwensville to a 10-0, five-inning win over Brockway.

Freyer walked two in the win.

Abby Pentz hit a home run and a double for the Lady Tide and was 4-for-4 at the plate with three runs scored and three RBIs.

Taylor Rhed took the loss giving up 10 runs, nine earned, on 14 hits and two walks while striking out four.

Rearick was 3-for-5 on the afternoon and also had a double while scoring three runs.

The Lady Beavers sent 17 batters to the plate in the opening inning and took advantage of five Lady Tigers errors and two walks while also recording seven hits – three were triples and one was a double – to take the big early lead.

Jaden Swatsworth had a bases-clearing triple in the inning for the big hit for DuBois.

Swatsworth’s three-bagger was one of three triples for the Lady Beavers with Allie Snyder and Morgan Pasternak also recording triples. Taylor Smith, Lauren Walker, and Saige Weible each had doubles in the victory.

Snyder got the win going 4 ⅓ innings allowing seven runs, four earned, on nine hits and two walks while striking out three. Aleigha Geer gave up two runs, one earned, on two hits with a strikeout in ⅔ of an inning.

Marian Malone was tagged with the loss giving up 13 runs, only one earned, on seven hits and two walks while striking out three in an inning of work.

Parana was 3-for-3 with a triple, three RBIs and five runs scored, while Stahli also had three hits, scored twice and knocked in four runs.

Tigani got the win in relief allowing two runs, one earned, on three hits in 3 ⅔ innings of work. She struck out three.

Mary Bukowski drove in three runs for Bradford while scoring twice with Madison Dougherty 2-for-4 with a triple, two RBIs, and three runs scored. Leatrice Kakolewski also had a pair of RBIs for the Lady Owls while going 2-for-4 with a run scored.

Boehme had a pair of hits in the game and drove in four runs, while Natalie Meyers had two hits and four RBIs, Emma McFarland had three hits and two RBIs, Emily Aites three hits, and Chaise Siegel two hits, including a triple, and two runs scored.

Meyers got the win striking out five.

PORT ALLEGANY, Pa. – Galeton built an 8-4 lead after four innings and then held off Port Allegany for an 8-7 road win.

Mikayla Schott led the Lady Tigers going 4-for-4 with a home run, a walk, three runs scored, and an RBI.

Alli Macensky was also 3-for-4 with a triple, two runs scored, and two RBIs for Galeton, while Bailee Holleran was 1-for-4 with a run scored and three RBIs.

Kayleigha Dowell was 2-for-4 with a pair of doubles, a run scored, and two RBIs for Port Allegany, while Bree Garzel was 1-for-4 with a walk and three runs scored.

Bumgardner struck out nine and didn’t walk a batter.

Avery Dinges hit a home run for the Lady Rams, while Avelyn Van Heyst was 2-for-3 with two doubles and three RBIs.

Also for Penns Valley, Noelle Webb went 2-for-3 with two runs scored and Ellie Coursen was 2-for-3 with a pair of doubles, a run scored, and an RBI.

Lauren Ressler had the lone hit for Clearfield.

Emma Hipps took the loss giving up five runs, all earned, on 10 hits and a hit batter while striking out eight.

Clymer was hit a home run and was 1-for-3 with a walk and two runs scored, while English also scored run

Boyce got the win going five innings allowing six runs, all earned, on eight hits and four walks while striking out seven.

April 19, 2021 D10 Baseball/Softball: Girard, Meadville BB Win in Extras; Warren Rallies in Combined No-Hit Effort; Kelly Shines for Harbor Creek
April 19, 2021 D9 Baseball: Miner Strikes Out 17 in Brookville Win; ECC Walks Off Punxsy; Port A, C-L, Clearfield with Wins
We use cookies on our website to give you the most relevant experience by remembering your preferences and repeat visits. By clicking “Accept All”, you consent to the use of ALL the cookies. However, you may visit "Cookie Settings" to provide a controlled consent.
Cookie SettingsAccept All
Manage consent