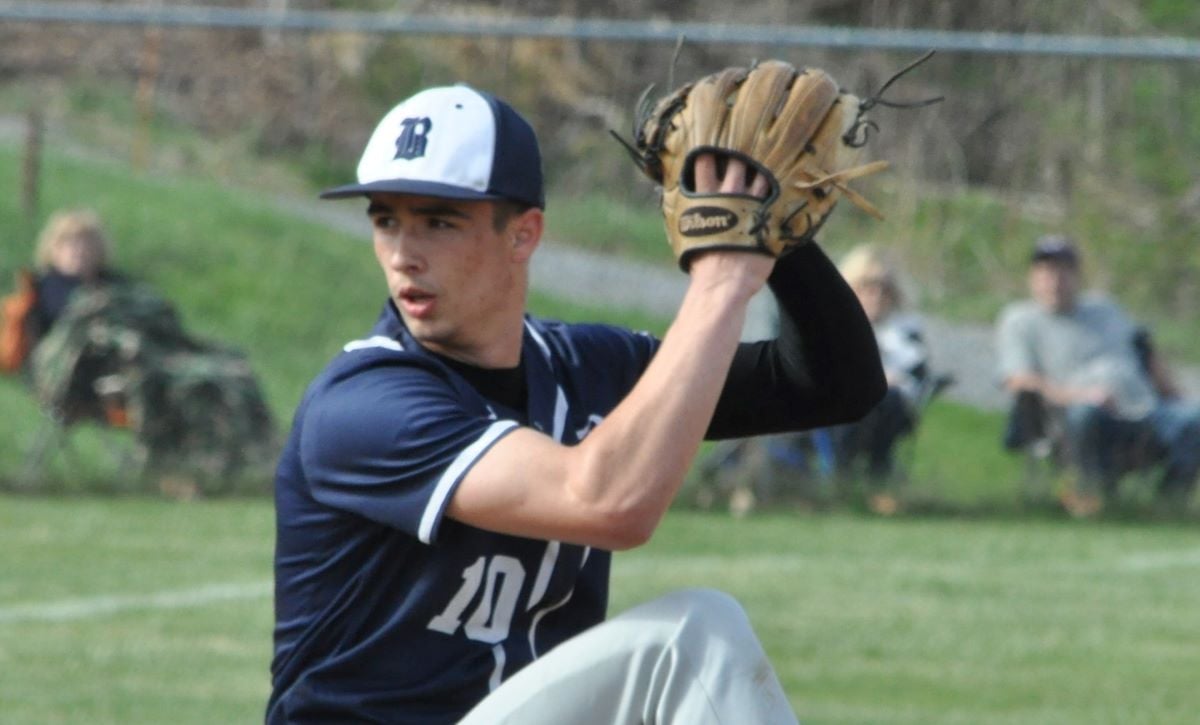 FAIRMOUNT CITY, Pa. – Behind a dominating pitching performance from Jace Miner, Brookville rolled past Redbank Valley, 17-1, on the road.

Miner was locked in striking out 17 while hitting one batter but issuing no walks in getting the win. The run against him was unearned, and in seven innings of work he threw 98 pitches, 72 for strikes.

Roney also added a double as part of Brookville’s 16-hit attack and was 4-for-5 with three runs scored and three RBIs.

Geer was 2-for-4 with three runs scored and five RBIs, and Rafferty was 1-for-3 with a walk, an RBI, and two runs scored.

Jamison Rhoades and Bay Harper both added doubles in the victory for Brookvilel with Rhoades going 2-for-3 with a walk and two runs scored and Harper going 1-for-4 with a run scored and two RBIs.

Kobe Bonanno was 1-for-3 with a double and a run scored for Redbank Valley.

Bryson Bain took the loss despite pitching well in his three innings of work. He allowed two runs, one earned, on three hits and two walks while striking out two.

ST. MARYS, Pa. – Joseph Tettis’ 1-out single to left in the bottom of the seventh scored Jordan DePrator from second to give Elk County Catholic a come-from-behind, 5-4, walk-off win, over Punxsutawney.

With the game tied at four, DePrator got the seventh-inning rally started when he was hit by a 2-0 Isaac London pitch.

Dominic Zambonini then shot an infield single to second to put DePrator in scoring position.

ECC trailed 4-3 after Punxsutawney scored twice in the top of the sixth, but the Crusaders tied the game on a no-out bases-loaded walk to Luke Ginther that was issued by Josy Tyger.

That was the last batter Tyger faced, as London relieved and got out of the bases-loaded no-out jam without allowing another run thanks to two strikeouts and a pop out.

Zambonini had a big game for ECC going 3-for-4 with a home run, a run scored, and three RBIs. He was the only player on either team with a multiple-hit day.

Carter Savage doubled for Punxsutawney and had an RBI.

Mark Kraus got the win in relief of Tommy Slay retiring the only batter he faced in the seventh after Slay reached his pitch limit with 101. Slay went 6 ⅔ innings giving up four runs, three earned, on five hits, two walks, and a hit batter while striking out six.

London, the third pitcher for Punxsutawney, took the loss going 1 ⅓ innings allowing one earned run on two hits and a hit batter while striking out two.

Drew Evens was also 1-for-2 with a walk and two runs scored for the Gators.

Prince got the win going seven innings and allowing three unearned runs on six hits, a walk, and a hit batter while striking out nine.

Gavin Sykora was 1-for- 3 with two RBIs for Galeton.

TIONESTA, Pa. – Bryson Huwar hit a home run and a double while going 4-for-4 with two runs scored and three RBIs to lead visiting Clarion-Limestone to an 8-1 win over Forest Area at West Forest.

Dixon gave up two runs, one earned, while walking one and striking out nine. Kyle Elensky finished up for the Bison going one inning of scoreless relief striking out one.

Also on offense for the Bison, Nolan Barr walked twice, drove in a run, and scored twice, and Cole Bloom scored twice and drove home a run while drawing a walk.

Jake Mullins was 2-for-4 with a double and an RBI for Curwensville but took the loss going 3 ⅔ innings giving up five runs, all earned, on two hits, five walks, and a hit batter while striking out two.

Nikolas Bonney was 2-for-3 with two RBIs for Oswayo Valley, while Cayden Black was 2-for-3.

Bonney took the loss going one inning and giving up 13 runs, none of which were earned, on six hits, three walks, and a hit batter while striking out one.