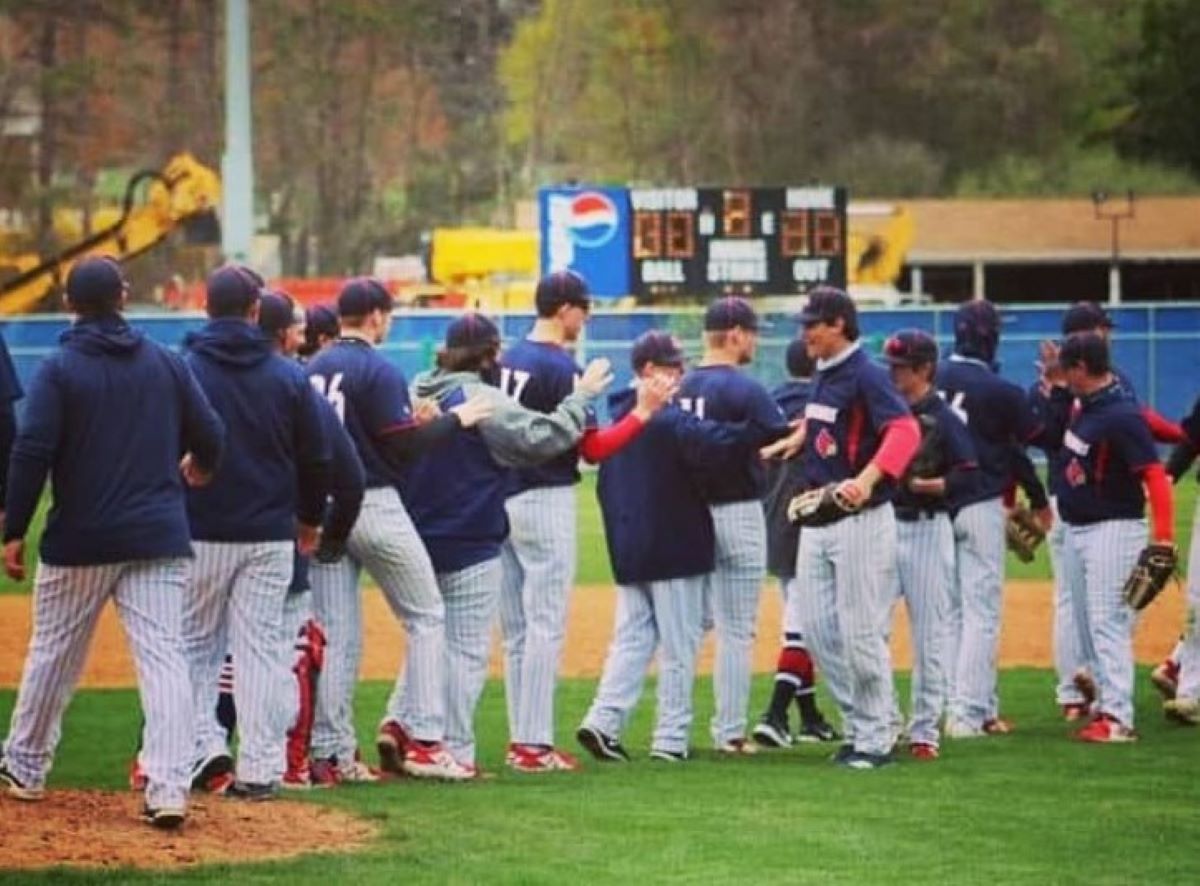 BUTLER, Pa. – A two-out error in the top of the ninth allowed Kane to break a tie game, and the visiting Wolves went on to beat A-C Valle, 7-5, at Michelle Krill Field at Historic Pullman Park in Butler.

With the game tied at five starting the ninth, Carson Whiteman’s one-out double got the rally started for the Wolves.

Rumcik, who stole second, then came around to make it 7-5 on a single by Reese Novosel.

Kane had forced extra innings when it erased a five-run deficit with a five-run sixth inning that featured a game-tying single to center by Harley Morris.

Morris led the Wolves offense going 2-for-5 with a pair of RBIs with Whiteman going 1-for-2 with the double, two walks, and two runs scored. Rumcik also walked twice and scored twice.

Bauer and Broc Weigle each had two RBIs for A-C Valley with Bauer going 1-for-5 and Weigle going 1-for-3 with two walks and a run scored. Ryan Cooper walked three times and was 1-for-2 with two runs scored for the Falcons.

BOALSBURG, Pa. – Scoring four times in the top of the seventh, DuBois Central Catholic pulled out a 6-2 win over St. Joseph’s Catholic Academy.

DCC, which watched a 2-0 lead slip away when the Wolfpack scored twice in the bottom of the sixth, got the lead back immediately in the top of the seventh when Carter Hickman doubled leading off the inning, stole third and scored on a throwing error by the St. Joseph’s catcher.

Another error on the catcher later in the inning allowed two more Cardinals to score to make it 5-2, and DCC capped off the scoring on a bases-loaded walk to Matt Pyne.

Hickman was 2-for-5 with the double, the run scored, and an RBI, while Ben Gritzer was 2-for-2 with an RBI. Damon Foster also went 1-for-3 with a walk and two runs scored for DCC.

Brandin Anderson got the win going two innings allowing one hit and striking out five.

Hickman started for the Cardinals and went five-plus innings giving up two runs, one earned, on two hits and three walks while striking out seven.

BRADFORD, Pa. – Ethan Wells had a pair of extra-base hits, including a home run, to lead visiting Johnsonburg to a 10-0, five-inning victory over Bradford.

Wells was 2-for-3 with a walk, two runs scored, and three RBIs while adding a double to his home run.

Aiden Zimmerman added a pair of runs scored for the Rams while going 1-for-3 with a walk and an RBI, and Camron Marciniak scored four times while walking three times.

Austen Davis took the loss going two innings and allowing five runs, all earned, on four hits and six walks while striking out one.

WILLIAMSPORT, Pa. – Dallas Griess was 3-for-4 with two triples, a double, a run scored, and five RBIs to pace a 12-2, five-inning win for Williamsport over visiting DuBois.

Cameron Sims was also 3-for-4 with two runs scored and two RBIs for the Millionaires.

Karson Fields was 1-for-1 with two walks, a stolen base, a run scored, and an RBI for DuBois.

Kydreece Burks got the win going 4 ⅔ innings allowing two runs, both earned, on four hits and eight walks while striking out three. Joey Signor got the final two outs allowing a hit.

Brycen Dinkfelt took the loss giving up six runs, five earned, on six hits and two walks while striking out two in 3 ⅓ innings of work.

INDIANA, Pa. – Ben Ryan was 2-for-3 with a triple, a walk, a run scored, and three RBIs to lead Indiana to a 9-3 win over visiting Punxsutawney.

Lucas Connel also drove in a pair of runs for the Indians.

Carter Savage was 1-for-3 with two RBIs for Punxsutawney.

Indiana used five pitchers, with the second of those hurlers, Garrison Dougherty, getting the win.

Jake Skiora took the loss allowing five runs, four earned, on six hits, a walk, and two hit batters while striking out four in three innings on the mound.

ST. MARYS, Pa. – Behind a gem in the circle from Kendal Johnston, visiting Punxsutawney eked out a 2-1 win over St. Marys.

Johnston gave up one run on five hits and a walk while striking out four in seven innings.

The Lady Chucks got their two runs in the fourth on an Elliott Ferrent RBI double and a St. Marys’ error.

Ferrent’s double was one of just three hits Punxsutawney got off St. Marys’ starter Kendall Young.

Young was the hard-luck loser giving up two runs, one earned, on the three hits. She didn’t walk a batter and struck out 13.

Riley Presloid also had a double and a run scored for Punxsutawney.

Shannon Kaiser was 2-for-3 with an RBI for St. Marys.

Melia Mitskavich and Jessy Frank each added a pair of hits for the Lady Cardinals with Mitskavich going 2-for-4 with two runs scored and Frank 2-for-3 with a run scored.

Emma Suplizo scored three times in the win and was 1-for-3 with an RBI, and Mia Meholick scored twice while walking once.

Mackenzie Wall was 2-for-2 with a double and two RBIs for Curwensville with Abby Pentz going 2-for-3 with a run scored and an RBI.

Hoyt got the win going five innings allowing three runs, all earned, on five hits and two walks while striking out seven.

PORT ALLEGANY, Pa. – Marah Rush had a triple and four RBIs to help Port Allegany to a 14-2, five-inning home win over Bradford.

Makayla Alcorn also drove home three runs while going 3-for-3 with a double and three runs scored for the Lady Gators, while Bree Garzel walked three times, scored twice, and had an RBI, and Madeline Smith drove home two runs and was 2-for-3 with a run scored.

Olivia Angell doubled and scored for Bradford, while Kalie Dixon had an RBI.

Rush got the win allowing two runs on five hits while striking out six in five innings of work.

SMETHPORT, Pa. – Leah Lindemuth tossed a six-inning no-hitter to lead Brockway to a 12-1 win at Smethport.

Lindemuth gave up one unearned run on five walks while striking out 13.

Also for the Lady Rovers, Stephanie Stage went 2-for-4 with a walk, a run scored, and two RBIs and Lauren Rendos added a pair of RBIs.

April 17, 2021 D10 Baseball/Softball: Kitcey Tosses 5-Inning No-Hitter for Northwestern BB; Harbor Creek SB Wins Wild Game With Franklin
Warren Tennis Blanks St. Marys
We use cookies on our website to give you the most relevant experience by remembering your preferences and repeat visits. By clicking “Accept All”, you consent to the use of ALL the cookies. However, you may visit "Cookie Settings" to provide a controlled consent.
Cookie SettingsAccept All
Manage consent