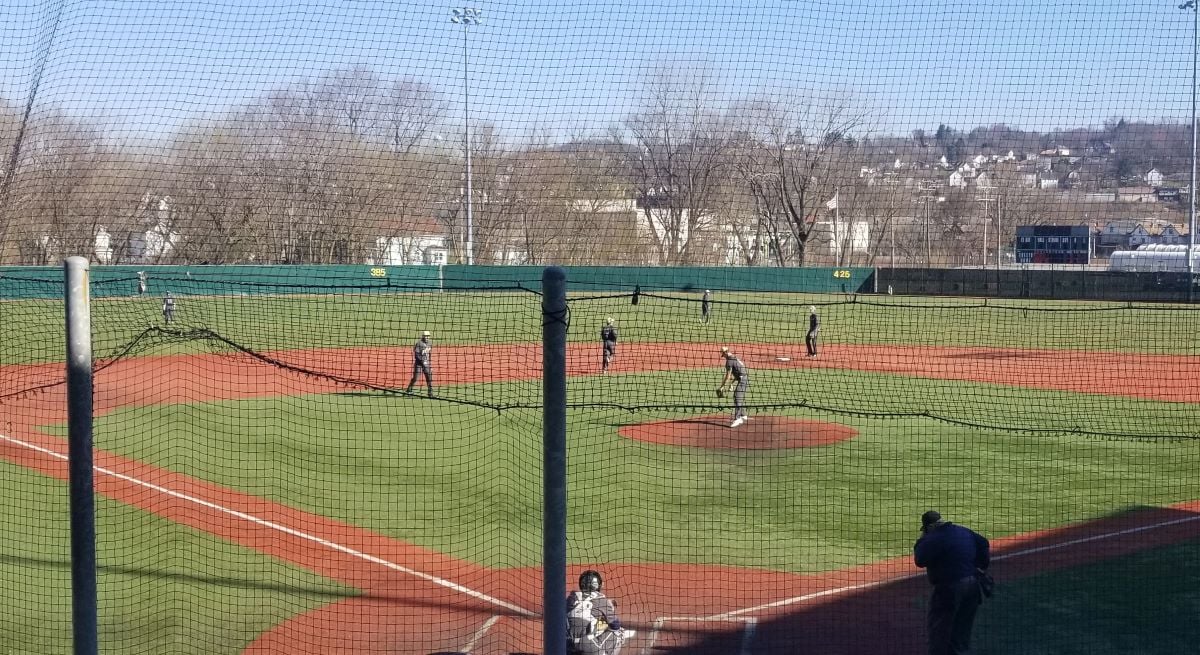 GREENVILLE, Pa. – Reynolds erupted for nine runs in the second inning and six more in the fourth in an 18-3, 4-inning win over Jamestown.

Kolton Wilkinson was 2-for-3 with three RBIs and three runs, while Nathan McDowell, Nolan Reichard, and Patrick Belback scored three runs apiece for the Raiders.

SLIPPERY ROCK, Pa. – Slippery Rock scored seven runs in the second inning, but it wasn’t enough in an 11-10 loss to Riverside.

Riverside rallied to take an 11-7 lead with a 5-run sixth, and the Rockets nearly came back, scoring three runs in the seventh Aaron Falk came in to record the final out via strikeout.

Madden Boehm and Dauntae Phillips both delivered in the sixth with a pair of 2-run singles for Riverside.

A 2-run double by Galick got the Rockets within two in the seventh, and Thompson’s RBI double made it 11-10 before Falk got the final out.

Mineo had three hits for the Rockets and a pair of RBIs, while Galick was 2-for-4 with three RBIs and Thompson 4-for-4 with two runs batted in.