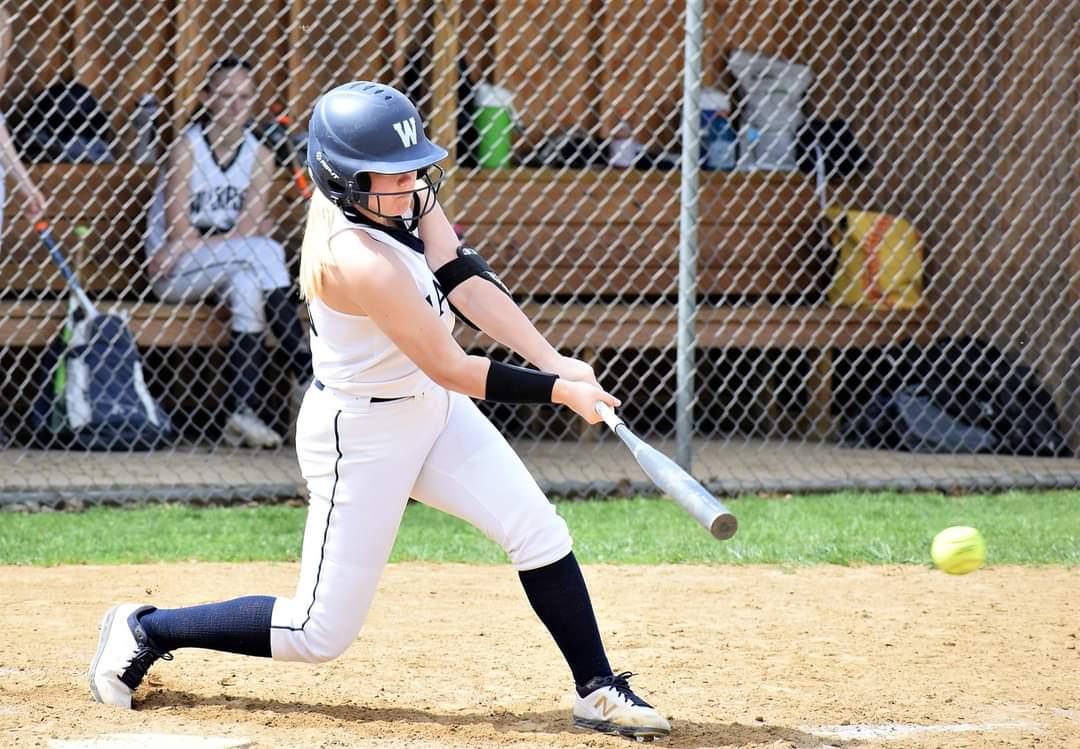 HADLEY, Pa. – Commodore Perry scored six runs in the sixth inning to break a 6-6 tie en route to a 12-6 victory over Kennedy Catholic.

The big blow came courtesy of Faith Cox, who delivered a grand slam in the frame.

Cox also got the win on the mound, allowing just one earned run on three hits, striking out 15.

Marley Meyer went 2-for-4 with a pair or RBIs for the Panthers.

Andrea Suhar went 2-for-4 with three runs scored and an RBI for the Golden Eagles.

Kylie Pinetti had a monster day going 2-for-2 with four RBIs. Rylee Vogt homered in the fifth inning, while Maggie Konieczki, Alayna Mosbacher, Vot, Baileigh Bleil, Maura Benim, Georgia Weber, and Madison Mikotowicz all had multiple hits for the Huskies.

Delaney Pasanen went 2-for-2 with a double and an RBI for Conneaut.

Souled picked up the win, allowing six hits and one earned run in her six innings of work with 12 strikeouts.

CORRY, Pa. – Hallie Miller had a big day at the plate for Hickory, driving in five runs in a 10-5 win over Corry.

Carlie Miller got the win, allowing two earned runs on five hits with seven strikeouts in her seven innings of work.

Angie Burlew and Jayda Martin both hit solo home runs for the Beavers.

Genest had a big day, hitting a home run and a double as part of a five-RBI effort.

Marie finished 2-for-2 with four RBIs, while Joint tripled and drove in a pair of runs.

Post earned the win, allowing four hits and three earned runs while striking out one.

Samantha Lybrook tripled and drove in a pair of runs for Iroquois.

A Courtney McDonald sacrifice fly cut the lead to one with two outs in the seventh, but pitcher Hailey Komisarski induced a groundout to end the game.

The Tigers built their 8-run lead thanks to an offensive attack that saw them collect 20 hits, including a 5-for-5, two RBI performance from Chloe McManus.Three of those hits were doubles.

Deena Masterson drove in three runs for the Tigers and Julia Golden two.

Tori Williams homered and drove in three runs for the Yellow Jackets, while Courtney McDonald drove in a pair of runs.

Komisarski got the win, allowing eight runs and striking out eight.

MEADVILLE, Pa. – Alix Lytle and Kelsey Stuart both homered, as Warren rolled to an 18-4, 5-inning victory over Meadville.

The Dragons scored seven runs in the second inning to break the game open.

Lytle was 2-for-2 with four RBIs, while Stuart was 1-for-3 with three RBIs and Lexi Hoffman 2-for-2 with a triple, four RBIs and a pair of runs scored.

Stuart got the win, allowing four earned runs on five hits, striking out 10.

Alex Neureiter was 2-for-4 with an RBI, while Katie Madigan scored three runs and Rylie Yeager drew three walks and scored a pair of runs.

Madison Blood went 2-for-3 with a home run and three RBIs for Meadville.

Remi Koi and Faith Jones both had big days at the plate. They each homered, with Koi going 3-for-5 with three runs and a pair of RBIs and Jones 3-for-4 with two runs and two RBIs.

In total, the Greyhounds collected 16 hits, including three from Taylor Dlugozima and two each from Paije Peterson and Ella Kraup, the latter of whom also drove in a pair of runs.

ALBION, Pa. – Noah Kockler had a tremendous day at the plate and on the mound as Franklin beat Northwestern, 7-2.

Kyle Alexander and Caleb Doyle had tow hits apiece for the Knights.

WATTSBURG, Pa. – Girard scored 12 runs in the first inning on its way to a 16-1, 5-inning victory over Seneca.

Tramontano and Johnson had three RBIs each, while Bax and Balogh had two each.

The Yellow Jackets pounded out 17 hits i the game.

UNION CITY, Pa. – Shane Uber went 3-for-3 with a double and four RBIs to help Union City to a 13-3 win over Youngsville in five innings.

The Bears scored six runs in the second inning and four more in the fourth en route to the win.

Kyle Myers went 3-for-3 for the Bears, reaching base five times, driving in a pair of runs, and scoring three. Matthew Bennett was 2-for-3 with three runs scored and Quinlan Magee was 3-for-4 with an RBI and two runs scored.

The Bears collected 13 hits and took advantage of 10 Youngsville walks.

Derek Lucks was 3-for-3 with an RBI for Youngsville.