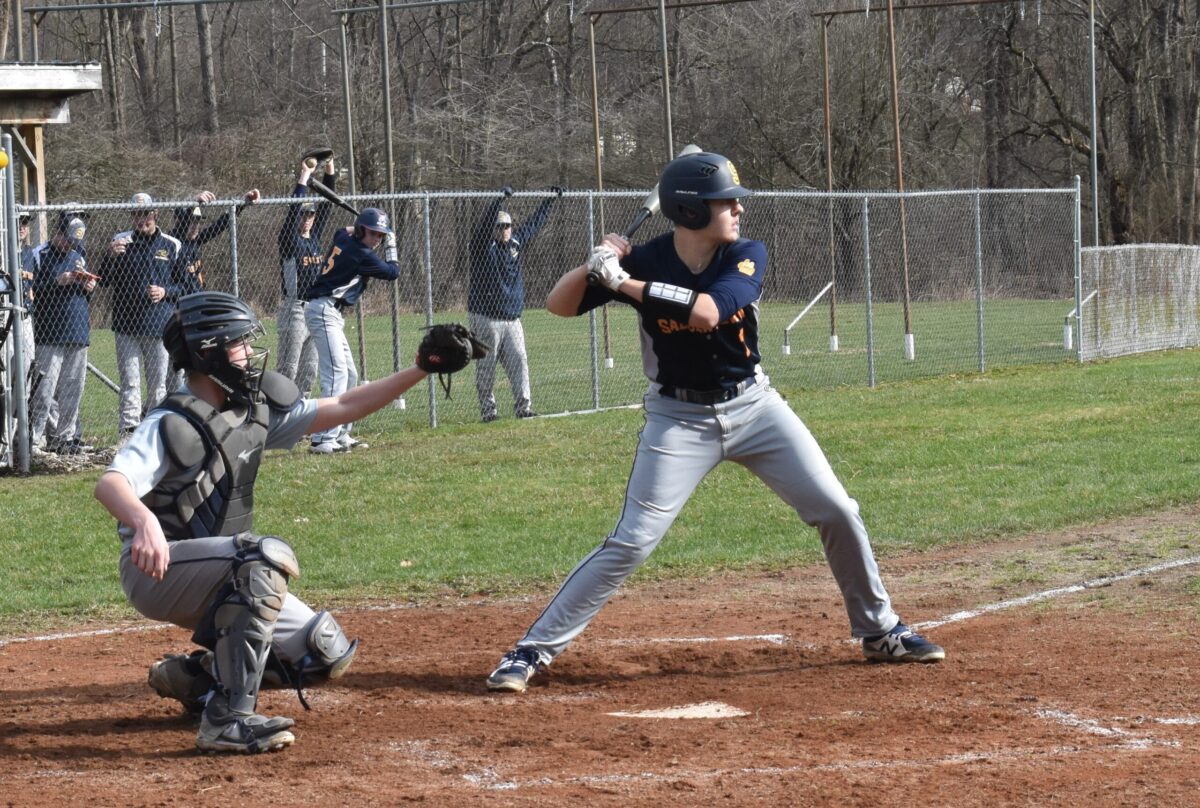 A four-run sixth inning put the game out of reach for GC. John Hake was 1-for-3 with a triple and two runs, while Ethan Adams was 2-for-3 with two RBIs and two runs. Luke Tubbs, Haggart, and Coldan Barr also drove in a run each.

Fox struck out seven and walked just three, throwing 66 of his 99 pitches for strikes.

Richie Preston went 1-for-2 with two RBIs for the Big Reds, while Devin Gruver, Julian Trott, and Gio Rococi all drove in one run each.

On the mound, Balog allowed just three hits and one walk and struck out nine

Landon Caldwell and Joe Grundy drove in two runs apiece for the Panthers.

ERIE, Pa. – Andrew Malec went 2-for-4 with a double, two runs, and three RBIs as Cathedral Prep improved to 7-0 with a 13-1, five-inning win over Fort LeBoeuf.

The Ramblers scored five runs in the second inning and four each in the third and fourth.

Also for Prep, Reece Colvin was 3-for-3 with two runs and an RBI, Cole Constable 1-for-1 with two RBIs, and Nick Jackson 1-for-2 with three runs and two RBIs.

Maddox Stadler got the win, allowing one unearned run in four innings, allowing just two hits, and striking out six without issuing a walk.

Hochstetler tossed all five innings in the win, allowing one earned run on seven hits and striking out five without issuing a walk.

Wyatt Barzak and Jack Rynd had two his apiece for Cochranton.

YOUNGSVILLE, Pa. – Union scored 10 runs in the third inning en route to an 18-14 slugfest of a win over Youngsville.

Nathan Lucks and Matt DeSimone drove in two runs apiece for the Eagles, while Wyatt Dalrymple was 2-for-5 with an RBI and James Johnson 2-for-4 with three runs and an RBI.

Wyatt Post was credited with the win, allowing three runs (two earned) in 3 ⅓ innings, allowing four hits and two walks while striking out a pair.

Part of Heller’s effort included a pair of doubles.

Dom Serafino was 2-for-3 with two runs and an RBI, while Isaac Schleich was 1-for-4 with a double and three RBIs.

The Greyhounds scored five runs in the third inning and four more in the fourth en route to the win.

Rocky Serafino got the win, allowing one run in 3 ⅔ innings, allowing two hits and five walks while striking out five.

The Grape Pickers also belted three home runs in the win, as Reid Courtwright, Tommy Owens, and David Gibson all went yard. Courtwright and Aspden drove in two runs each.