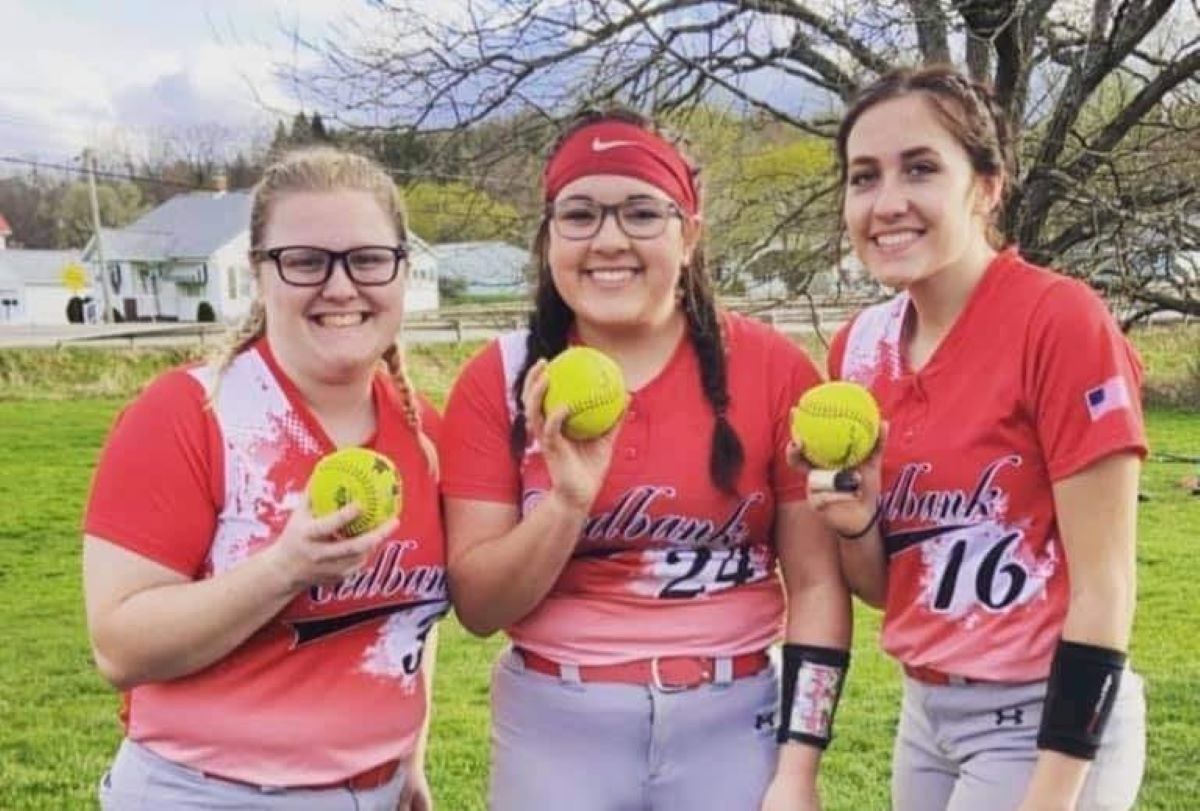 WEST FREEDOM, Pa. – Behind a five-RBI day from both Teja Hageter and Kia Sage, Redbank Valley broke out the bats in a 25-6 win at A-C Valley.

Hageter was 2-for-4 with a home run, a double, a walk, and four runs scored and Sage was 3-for-5 with two runs scored for the Lady Bulldogs, who scored seven or more runs in three of their five plate appearances.

Redbank Valley took a 7-0 lead in the top of the first before A-C Valley got two back in the bottom of the innings. The Lady Bulldogs made it 8-2 in the second and then broke the game open with an eight-run third to go up 16-2.

Two more runs in the fourth made it 18-4, and a seven-run fifth made it 25-4 before A-C Valley scored twice in the bottom of the fifth.

Trista Bowser also hit a home run for the Lady Bulldogs while going 2-for-2 with a walk, two runs scored, and four RBIs.

Baylee Blauser went 3-for-4 with a double and a run scored for A-C Valley, while Andrea Meals was 2-for-2 with a walk and a home run while driving in three and scoring twice.

Melia Mitskavich and Emma Suplizio both chipped in with a pair of hits and two runs scored as well with Mitskavich going 2-for-3 with a walk and two RBIs, and Suplizio finishing 2-for-4 with an RBI. Jessy Frank added two RBIs while going 1-for-2 with a run scored.

Riley Presloid paced Punxsutawney going 2-for-3 with a run scored, while Elliott Ferrent and Sarah Weaver each had RBIs and Sydney Hoffman scored the other run.

Morgan Tyler got the win going four innings allowing two runs, one earned, on five hits and three walks while striking out two.

Kendal Johnston took the loss going 3 ⅓ innings allowing 11 runs, 10 earned, on 11 hits and a walk while striking out four. Ciarra Toven didn’t record an out in the fourth inning and allowed six runs on three hits and six walks.

Emma Ely also had three hits for the Lady Wolves while stealing a pair of bases and scoring twice, while Sadie Walter, Jenny Crowley, and Mia Smith had a pair of hits apiece and Maya Smith added a double.

Madison Stahli picked up the win allowing three runs on eight hits and four walks while striking out nine.

Madeline Smith went 3-for-4 with a double and a run scored for Port Allegany, while Marah Rush was 2-for-4. Bree Garzel and Kayleigha Dowell also scored for the Lady Gators with Kaylee Boyd, Thea Petruzzi, and Makayla Alcorn picking up RBIs.

SHIPPENVILLE, Pa. – Clarion built a five-run lead after five innings then held off a late Cranberry charge to pick up a 5-3 win over the visiting Berries at the Clarion County Park.

A four-run fourth featured a two-run double by freshman Dawson Smail to help the Bobcats take a 4-0 lead. Clarion then added a run in the fifth to make it 5-0.

Cranberry answered with three in the sixth to cut the deficit to two, 5-3.

The Berries then loaded the bases with two outs in the top of the seventh off starter and winner Cam Lapinto, but Lapinto struck out Ashton Weaver to end the game.

Smail’s two-run, fourth-inning double was one of just three hits in the win by Clarion with Devon Lauer and Ryan Alston both adding singles. Hunter Craddock chipped in an RBI.

Fento took the loss pitching 3 ⅔ innings allowing four runs, all earned, on a hit and five walks while striking out three.

Devin Fowler had the lone hit for Cameron County.

Easton got the win going three scoreless innings allowing one hit and three walks while hitting a pair of batters and striking out eight.