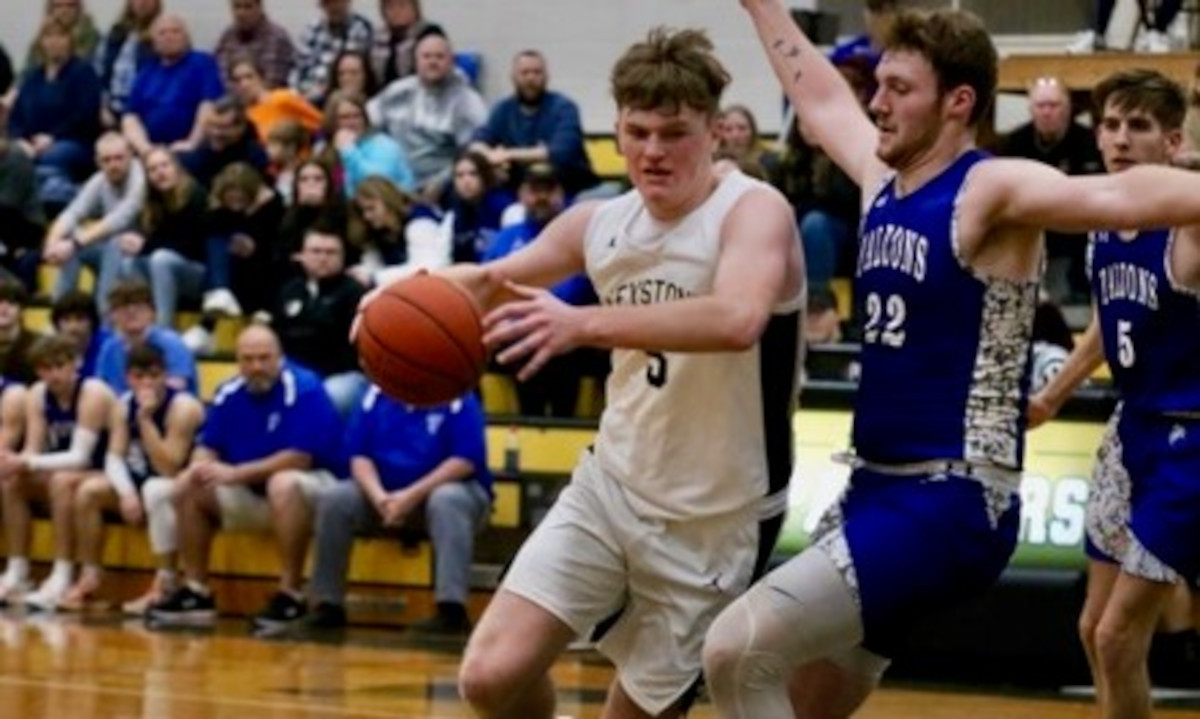 KNOX, Pa. – Keystone doubled A-C Valley’s score in the fourth quarter to pull out a 48-40 win over the visiting Falcons.

The teams were tied at 32 going the final eight minutes before the Panthers outscored A-C Valley 16-8 in the quarter to get the win.

Tyler Albright hit a pair of 3-pointers in the fourth quarter while Kyle Nellis and Cole Henry each scored four points.

The Gremlins trailed 30-27 after three quarters but outscored the Beavers 23-18 in the fourth quarter with the final two DuBois points coming near the horn.

Taite Beighley had a monster fourth quarter for Karns City with 12 of his 19 points coming in the final eight minutes. He added seven assists in the game.

Miller added seven rebounds for the Bison, who also got 13 points from Andon Greslick.

SMETHPORT, Pa. – Missing a pair of starters didn’t slow Smethport down in a 52-42 win over visiting Galeton.

Carson Dunn had a career-high 21 points for the Hubbers with Owen Rounsville adding 12 points with Hayden Leet chipping in 11 points.

Brenden Paisley added 10 points for the Cardinals who also got eight tallies from Andrew Green.

The second half, specifically the third quarter, proved to be the difference.

C-L led 28-20 at halftime before outscoring Johnsonburg 20-7 in the third quarter.

Jordan Hesdon scored six of his 16 points in the third quarter with Rylie Klingensmith and Jase Ferguson each adding four points in the frame.

Colby Nussbaum added 11 points to the Crusaders, who had 10 different players scored.

Isaac Tiracorda added 16 points for the Warriors with Joel Evans chipping in 12 points.

BRADFORD, Pa. – Owen Becker and Braylon Barnes combined for 45 points as Warren beat Bradford for the second time this season, 70-50.

“Our energy was great on offense, which pushed us,” Barnes said. “Our defense wasn’t great. But mental mistakes are going to happen when you haven’t played in a while (the Dragons’ last game was Dec. 30).”

Bradford actually led early, 11-6, but Warren scored 17 points over the final four-plus minutes of the first quarter, including eight from Barnes to take a 23-16 lead.

Becker finished with 23 points and Barnes 22, while Tommy Nyquist scored 12 of his 14 points in the first half.

“As a group, we play well together,” Barnes said. “Tommy is a great point guard.”

Jake Franz led the way for Bradford with 22 points, including 9-of-10 from the free throw line, while Chase Wineberg added nine points.

Fagley netted a team-best 16 points with Dye chipping in 14.

Also for the Sailors, Cam Pence and Evan Reiser each had nine points.

The Lady Cardinals trailed by just nine, 29-20, at halftime but were outscored 32-11 after halftime.

Warren Boys Top Bradford For Second Time; Slippery Rock Boys Get Big Win Over Ellwood City Jan. 9, 2023
Jan. 10, 2023 District 9 and District 10 Basketball Schedules Powered by Hunter’s Station Golf Club
This website or its third-party tools process personal data.In case of sale of your personal information, you may opt out by using the link Do not sell my personal information.
×
Manage consent