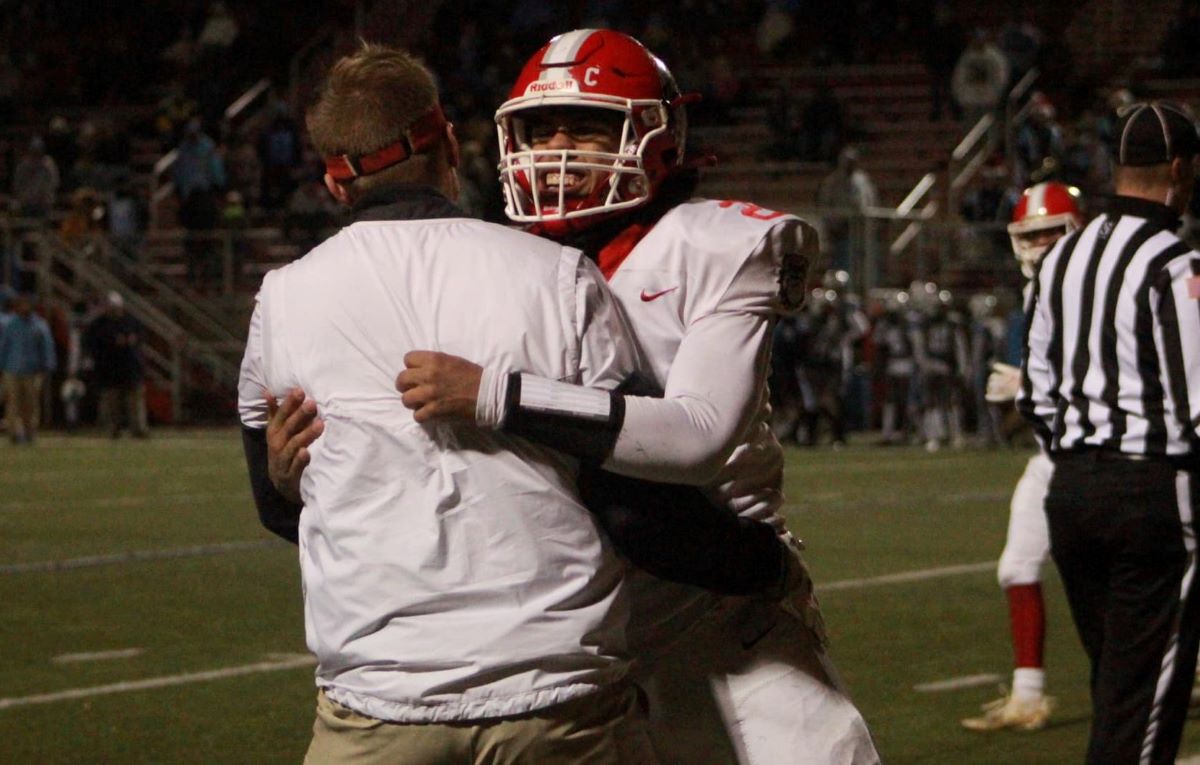 Redbank Valley (13-1) has already made history, becoming the first District 9 team to advance a state championship game since 1992. Now, they seek the final piece of the state championship puzzle when they take on District 6 champion Bishop Guilfoyle at 1 p.m. on Thursday at Hersheypark Stadium for the Class 1A crown.

“It’s special,” said Redbank Valley coach Blane Gold. “Someone asked me when did you think this was a possibility. We felt, walking off the field after losing to Reynolds last year that, even though we were losing some good leaders, we felt like we had a chance to do this.”

Guilfoyle (10-4) is no stranger to Hershey, with the program already the owner of three state titles and now five appearances in the final in the last eight seasons. The last time they were in this position, they lost on an overtime field goal to Farrell in 2019.

“We’re playing the standard of single-A football in the state,” Gold said.

Redbank Valley, meanwhile, is just the third District 9 team to appear in a PIAA final in football. Smethport lost to Scotland School out of District 3, 24-7 and in 1989, Keystone fell to Dunmore out of District 2, 57-18.

The Bulldogs will enter the game with plenty of confidence, having taken down WPIAL champion Bishop Canevin in the semifinals, scoring 23 unanswered points after trailing 14-0.

It was Chris Marshall’s interception return for a touchdown that helped spearhead the win over Canevin. Trailing 14-7, Marshall picked off the pass just in front of the goal line, racing 98 yards for the score.

“It’s a dream,” Marshall said after last week’s win. “We’ve been dreaming of this since we were little kids.”

After that, the momentum never left the Bulldogs’ side. Marshall, Joe Mansfield and others have been at the center of a Bulldogs defense that has made a living off of taking the ball away. It was Mansfield that put the finishing touches on the win last week with a sack in the end zone for a safety.

“The euphoria that we had Friday night was pretty exciting,” Gold said. “For a District 9 team to say they scored 23 unanswered points to come from behind against the WPIAL champs is pretty exciting.”

First-year starting quarterback Bryson Bain eclipsed 2,000 yards passing in the win over Canevin and had a rushing touchdown and also made some big throws for the Bulldogs. He will direct the offense against a Marauder defense that has yielded just 28 points in its last three games.

Brendan ‘Boo’ Schreckengost has also come up big for Redbank during their run to the final, including 75 yards on the ground and a touchdown in the semifinal win.

It’s rare that a team comes into the state championship with four losses, but all of Guilfoyle’s setbacks were to larger schools playing in the Laurel Highlands Athletic Conference.

BG got to the championship by beating District 4 champion Canton, 20-7. In that game, junior quarterback Karson Kiesewetter ran for three touchdowns – two in the second quarter and one in the fourth quarter, going over 1,000 yards rushing on the season in the process.

In last week’s win over Canton, junior quarterback Karson Kiesewetter ran for all three touchdowns of 5 and 8 yards in the second quarter and 1 yard in the fourth quarter. Canton’s only score came in the third quarter to cut the lead to 14-7. He has also thrown for 1,802 yards and 12 TDs and had been intercepted 10 times.

“They’re very similar to what Smethport runs,” Gold said. Smethport, of course, featured dual-threat quarterback Noah Lent. “They have a quarterback who, they’re going to put the ball in his hands just like Smethport did. The only thing that makes it scarier is they do it out of a bunch of different looks.”

It’s already been a season for the ages, now the Bulldogs are just looking for the icing on the cake.

“At the end of the day, the goal is to win a state championship,” Gold said.

Former Keystone, Smethport Players Talk about their PIAA Football Championship Experience
2021 District 9 and District 10 Week 16 Football Predictions
This website or its third-party tools process personal data.In case of sale of your personal information, you may opt out by using the link Do not sell my personal information.
×
Manage consent