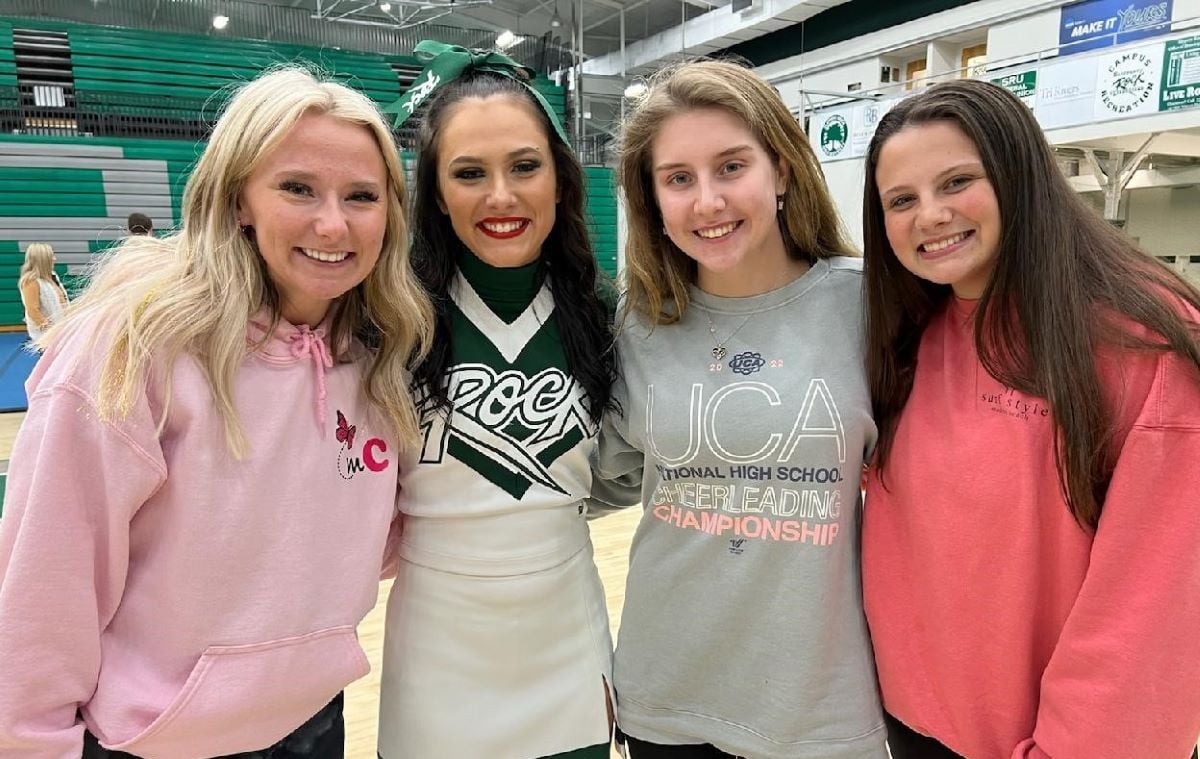 Moniteau is well-represented at the NCA/NDA Championships with Cassidy Claypoole (far left) on Thiel's squad and Amelia Thompson (2nd from left) on Slippery Rock's squad. Also pictured are two future Moniteau collegiate performers in Kylee Surrena (2nd from right), who will be going to compete at Thiel, and Victoria DeMatteis (far right), who will be competing at Slippery Rock. Photo submitted by Melissa DeMatteis.

DAYTONA BEACH, Fla. – A number of local athletes are competing at the NCA & NDA College Nationals in Competitive Spirit/Dance this week in Daytona Beach, Fla.

Area colleges and universities with teams participating include Thiel, Slippery Rock, and Gannon.

Only Thiel and Gannon list a roster on their Athletics webpages, although it is known that Amelia Thompson of Moniteau is on Slippery Rock’s squad.

Thiel is competing in the Spirit Rally Open Division and will compete at 8:20 a.m. Thursday, April 7.

Slippery Rock is competing in the Intermediate All-Girl Division II and will compete at 2:16 p.m. Thursday, April 7.

Live video of the competition as well as results and other information can be found here.

Kane Grad, Slippery Rock University’s Clark Earns Weekly PSAC Track & Field Honor
Slippery Rock, Thiel in First Place in Respective Divisions at NCA/NDA Collegiate Cheer and Dance Championship after Prelim Round
This website or its third-party tools process personal data.In case of sale of your personal information, you may opt out by using the link Do not sell my personal information.
×
Manage consent