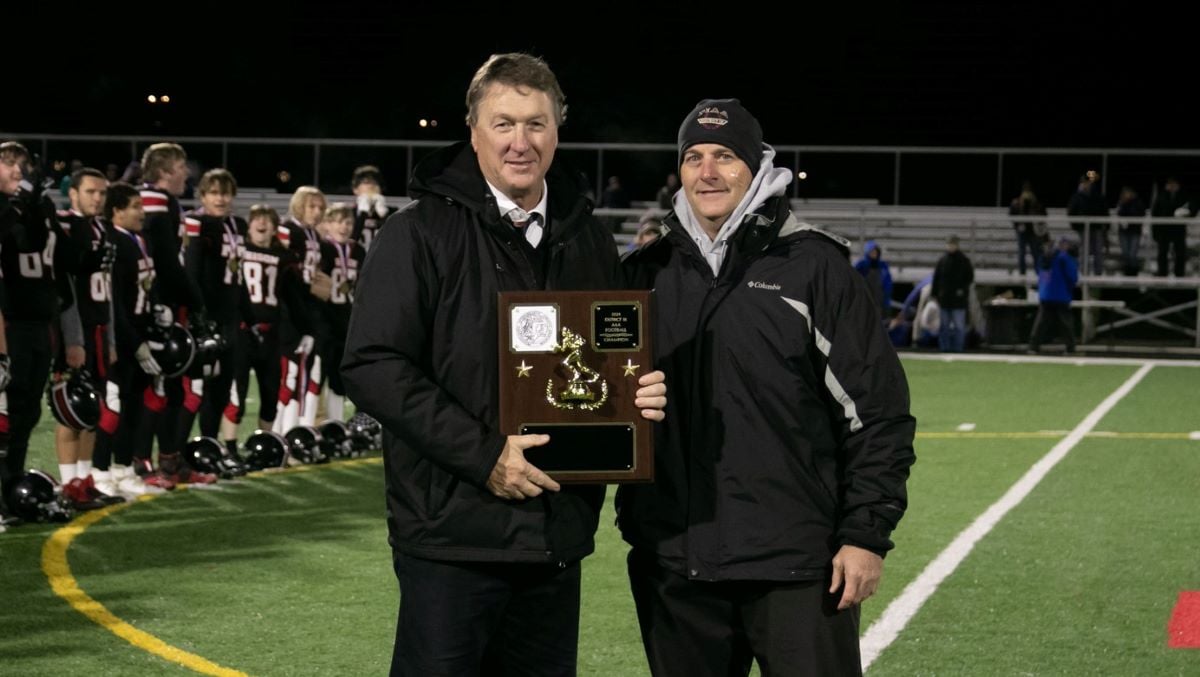 It’s another cycle and new setup in the 22-team District 9 Football League as the season gets ready to start Friday night.

All of the district’s teams minus Clearfield and Curwensville were regrouped into three divisions, or now it’s three regions. The breakdown:

So this region is the old Large School Division minus Ridgway and Kane. The top three teams listed are how the Media Day Coaches Poll picked them. Bradford and DuBois are Class 4A, Punxsutawney and Bradford are Class 3A, and Karns City, Brookville, Central Clarion and Moniteau are Class 2A.

This is mostly the old Small School North with the addition of Elk County Catholic and the loss of Port Allegany and Smethport. The predicted top three finish is also listed.

MILESTONE APPROACHES — Already the district’s winningest coach, Clearfield Bison head coach Tim Janocko stands at 299 career wins going into his team’s season-opener at Juniata Friday night. His first victory of the season lands him in some special company. Only 19 coaches in state history have reached 300 and Janocko will become the fifth active coach to reach the milestone. Here’s the link of the state’s winningest coaches.

PLAYOFF NEWS — Here’s a big move made by the District 9 Football Committee where seeding for playoffs will be done by … a committee. No point system or math will decide the seeding.

A quick glance at that setup:

CLASS 2A — Up to six teams can enter the postseason and there are only six Class 2A teams in the district, so it’ll likely be whomever has a winning record or decides to go with seeding up to the committee. The teams are Brookville, Central Clarion, Kane, Karns City, Moniteau and Ridgway.

CLASS 3A — Clearfield, Punxsutawney and St. Marys will be involved with District 6 as in years past. That format hasn’t been finalized.

CLASS 4A — DuBos and Bradford are the only schools from D9 that’ll be involved in a sub-regional.

It’s a regional week in the D9 League, including nine of the 11 matchups featuring regional rivalries with one game scheduled for Saturday afternoon. Games are listed below:

Brookville at Central Clarion, at C-L: Both teams have quarterbacks coming off strong rookie seasons. Raiders junior Charlie Krug threw for other 2,000 yards while Wildcats sophomore Jase Ferguson went over 1,600 yards. Prior to the game, the Wildcats are honoring the late Jim Williamson, a longtime coach at C-L in multiple sports.

Karns City at DuBois: The two-time defending Class 2A champion Gremlins head to E.J. Mansell Stadium to take on the Beavers. Quarterback Eric Booher might lead a more passing Gremlins offense that lost two 1,000-yard rushers to graduation, Luke Cramer and Micah Rupp are other key returns. Cam-Ron Hays starts at QB for the Beavers, who also have Austin Mitchell as their leading returning rusher.

Bradford at Punxsutawney: The Chucks are looking for their first winning season since 2014 while the Owls have lost 18 straight games. Chucks senior running back Zeke Bennett ran for just under 1,000 yards last year, including 253 in the win over the Owls last year. Talen Reese will quarterback the Owls.

Moniteau at St. Marys: The Dutch will have a new quarterback running the offense that returns standout receivers Logan Mosier, Carter Chadsey and Charlie Coudriet. Eli Rippey is the returning leading tackler on the Dutch defense. The Warriors have senior quarterback David Dessicino, who threw for over 700 yards and rushed for over 400 yards. Senior Matt Martino led the team in rushing with over 500 yards.

Smethport at Redbank Valley: Last year’s Class 1A state runner-up Bulldogs host the Hubbers. While head coach Blane Gold lost some key playmakers to graduation, he still has some standouts on the roster. Cam Wagner will start at quarterback with receivers Tate Minich, Aiden Ortz, Mason Clouse and Ashton Kahle waiting for passes. The Hubbers rebuild some after losing some key players to graduation. Joel Lent, the father of graduated standout Noah Lent, is the new Hubbers head coach. He’ll go with either Preston Alfieri or Aiden McKean, both seniors, at quarterback.

Kane at Brockway: The Rovers return a pack of skill players led by sophomore quarterback Brayden Fox, who threw for over 2,500 yards and 23 TDs. Blake Pisarcik, Alex Carlson and Carter Hickman are among the key players back. Ricky Zampogna will likely be the Kane quarterback. He threw for over 600 yards in part-time duty at QB with Landon Darr coming off one of the best receiving seasons in the district (46 catches, 678 yards, 7 TDs).

Port Allegany at Ridgway: The Elkers host the Gators in one of compelling games of the week. Head coach Mark Heindl’s Elkers lost a lot to graduation with quarterback Cameron Larkin likely running the offense. The Gators have a lot back, including quarterback Drew Evens who threw for over 1,800 yards last year. Blaine Moses ran for just under 1,000 yards while Noah Archer is a dangerous playmaker as well.

Sheffield at Bucktail: It’s the something-must-give bowl as both teams are coming off winless seasons. The Wolverines have lost 11 straight games overall dating back to a win over Port Allegany late in the 2019 season while the Bucks, coached by Frank Sutliff this year, have lost 12 straight dating back to a 2020 win over Columbia Montour Vo-Tech

Saturday (1:30 p.m.) Otto-Eldred at Elk County Catholic: The Crusaders have their leading rusher back in Noah Cherry as well as returning back Ben Reynolds and tight end Joe Tettis. Tony Gerg returns as head coach for the Crusaders. For Otto, junior Andrew Schenfield is the likely quarterback.

Cameron County at Union/A-C Valley, Rimersburg: It’ll be the third time these teams have met since Week 8 of last year. The Falcon Knights won both, 20-6, and then 31-6 in the Class 1A playoffs. The Falcon Knights have the bulk of their players back from their D9 runner-up season, including leading rushers Mikey Card and Dawson Camper. Those two and Landon Chalmers spark the defense while Skyler Roxbury is back on both sides of the ball, leading the team in catches and interceptions. Quarterback Bailey Crissman threw for 900 yards. The Red Raiders return junior quarterback Maddox Baughman who threw for over 900 yards while junior running back Lathan Reed led the team with 673 rushing yards.

Coudersport at Keystone: Todd Smith is the new coach at Keystone, which has its leading rusher Kyle Nellis and top receiver Tyler Albright returning. The Falcons do-it-all quarterback Gavyn Ayers returns after throwing for 448 yards and rushing for over 500 yards.

Clearfield at Juniata: The Bison travel to Mifflintown to face an Indians squad coming off a 10-3 season. Head coach Tim Janocko enters his 37th season with a 299-117-3 record. He’ll debut Will Domico as his starting quarterback with Brady Collins and Carter Chamberlain looking to lead the running game.

Meyersdale at Curwensville: The Golden Tide host the Red Raiders from District 5. Last year, the Tide dealt them a 35-6 loss as part of an 0-10 season for Meyersdale. Tide quarterback Dan McGarry returns after throwing for over 2,300 yards and 19 TDs last year.