A Lasting Legacy: Santo’s Impact in the Sports Community Stretches Far and Wide 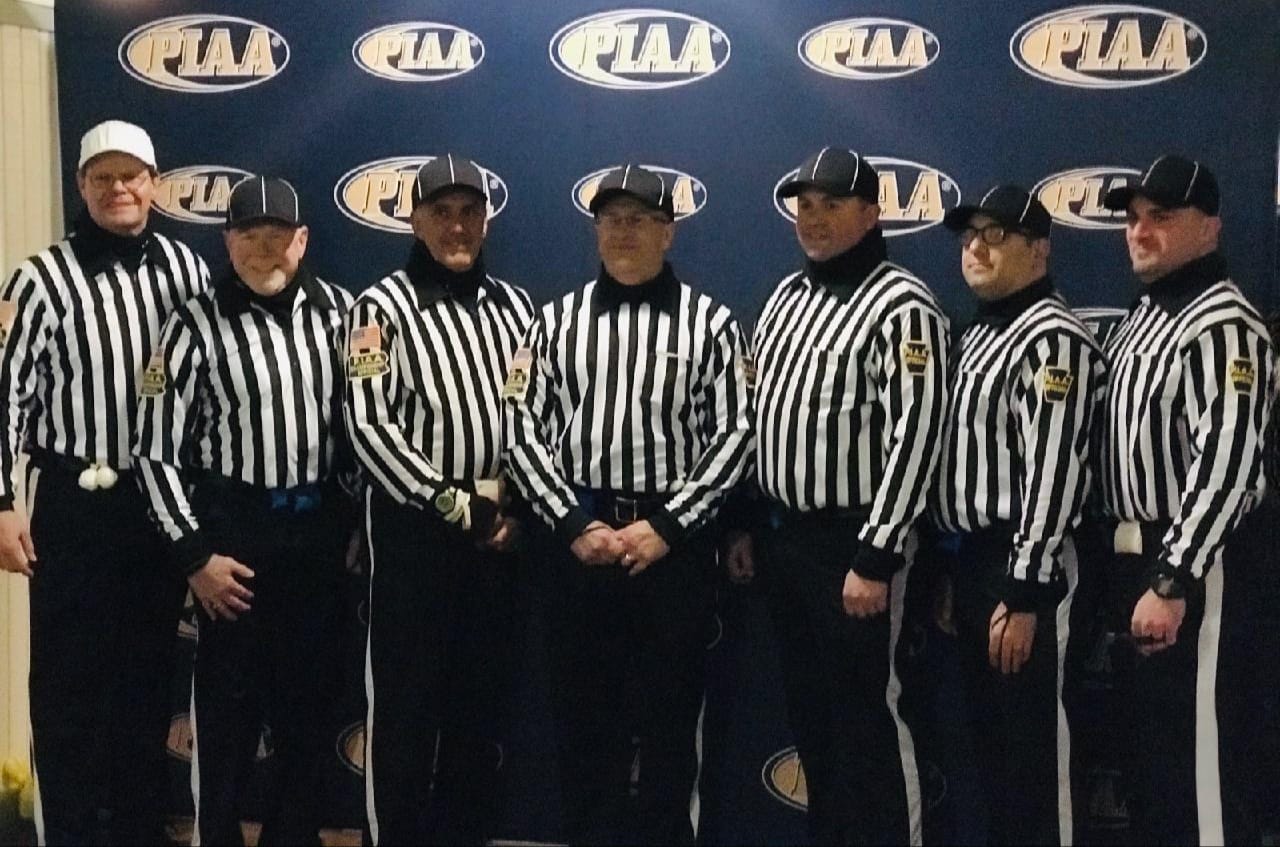 There wasn’t much, if anything, in the world of sports that Tom Santo didn’t do.

He was a longtime PIAA football official, as well as a coach, athletic director, and broadcaster, among a long litany of duties.

It’s one of many reasons that his passing on Sunday was felt not just in Warren County, where he lived, but across all reaches of Pennsylvania and the sports world.

“Life is hard enough as it is. Too many rough roads, too many bumps in the road to travel easily,” said longtime friend and officiating partner, Lou Vizza. “But no matter how cruel the world may be, life becomes less hard when you’ve got a good friend. Thomas made my life less hard. I love him and will remember fondly our friendship.”

Santo was an official for over 30 years, a career that included over 900 games with his crewmates, 100-plus playoff games, and three state championship games.

His impact was felt on the younger generation of officials as well, who he was never afraid to take under his wing.

Matt Pascuzzi remembers one such occasion very fondly, as a third-year official getting set for one of his first big games.

“Tom took Jason Hoffman and I to be on his crew (the A crew) as we called it, with himself, Jack Warner, and Lou Vizza,” Pascuzzi said. “Jason and I were so excited and nervous, it was our first big game, Bradford (state-ranked) and Cathedral Prep (state-ranked) with a group of veteran officials that we looked up to.

“We were in the locker room before the game getting ready, doing our pregame conference as usual and Tom looks to Jason and I and says, ‘guys  this is it, this is the big time.’ Myself and the district are giving you guys a chance tonight to prove yourselves.  There are a lot of important people watching this game tonight and this could make you or break you. You need to bring your A-game for all four quarters.”

Pascuzzi and Hoffman were understandably nervous.

“Lou must have seen it in our eyes,” Pascuzzi said. After a few words of encouragement, Vizza said to ‘relax and officiate your game.’

“I really don’t remember who won, what the score was but I know I was so focused and scared, I was on my game that night,” noted Pascuzzi. “Tom had a way of making every game regardless of who was playing and what their record was the game of the week that week.  He was a great motivator and got your best every time you were with him.  He was always on top of his game and brought you up to his level I can’t imagine taking the field without him. The thought brings tears to my eyes.

“I know Jason and I strive to be like Tom, to be that caliber of official and earn his approval and recognition.”

His knowledge extended far beyond his prowess as a football official, however, to include basketball and baseball and, well, pretty much everything in between.

“Tom was wonderful to work with,” said Tim Juliano, longtime voice of the Warren Dragons. “One of the nicest people I’ve ever met in my life. We had chemistry, it just happens. Either you have it or you don’t. I was fortunate to have him on board. It was always fun. He made the games more enjoyable.”

And as a former coach himself, he simply ‘got it,’ building many special relationships along the way.

“I’ve been to the gym twice (since his death) and can’t help but look in the corner where he called games and just be sad,” said Warren High girls basketball coach Lisa LaVan. “He was such a good friend.”

“Kari played for me her last two years, so I got to coach her for two years,” noted LaVan. “He has been probably one of our biggest supporters and fans and always had my back”

Santo’s mentorship extended beyond officiating into all aspects of his career, including in broadcasting, where Hoffman’s son, Nik, has worked many games with Santo and Juliano.

“Tom was always so welcoming of Nik and helpful,” the elder Hoffman said on his Facebook page.

Added Juliano: “He would always have good trivia questions for Nik and I. He was a great guy. Just a genuinely good person. I’ve never had more fun doing a broadcast with anybody than I have with Tom.

“He had a great sense of humor. He was very old school like I was. We’re going to miss him. Tom was as knowledgeable about any sport as any guy I’ve ever met.”

Among his other duties, Santo was also a member of the Board of Directors of the Warren County Sports Hall of Fame.

“He was an amazing person and will be missed by so many people,” said WCSHOF President Nathan Sandberg. “He was a very important Board of Director for the Warren County Sports Hall of Fame, and we will dedicate this year’s induction class in honor of Tom.”

Among his amazing officiating stats include doing games of 23 players who went on to play in the NFL.

A diehard Penn State sports fan, he officiated practices for the Nittany Lions as well.

His impact in everything he did is immeasurable.

“For me, it’s hard to know I’m never going to see him again,” LaVan said. “I don’t know if I could name a person that gave better hugs than Tom Santo. It’s hard to believe. I think about the legacy he left, whether coaching, teaching, and as an official. His obit sums it up pretty well, all the lives that he touched.”

Pascuzzi remembers when he got the call from Santo in November of 2019 that he would be officiating his first state championship game.

“He said ‘Matt, we did it. I hope you’re ready, we got the 3A state championship game. Congratulations you’ve earned it.’” Pascuzzi recalls. “I remember I got off the phone and looked at my wife Beth and she said ‘what’s wrong?’  I started crying and said ‘that was Tom. We got a state final game in Hershey.’ I’ll never forget that.

“I’ve never been so proud of myself. I achieved my goal of reaching the state finals but I also was good enough to do it with Tom and the guys I looked up to for so long. I have nothing but respect for Tom and will always strive to get better so someday I can be an official the caliber of Tom Santo.”