A Labor of Love: Bill Howard Honored by District 9 for 50 Years of Service as an Official 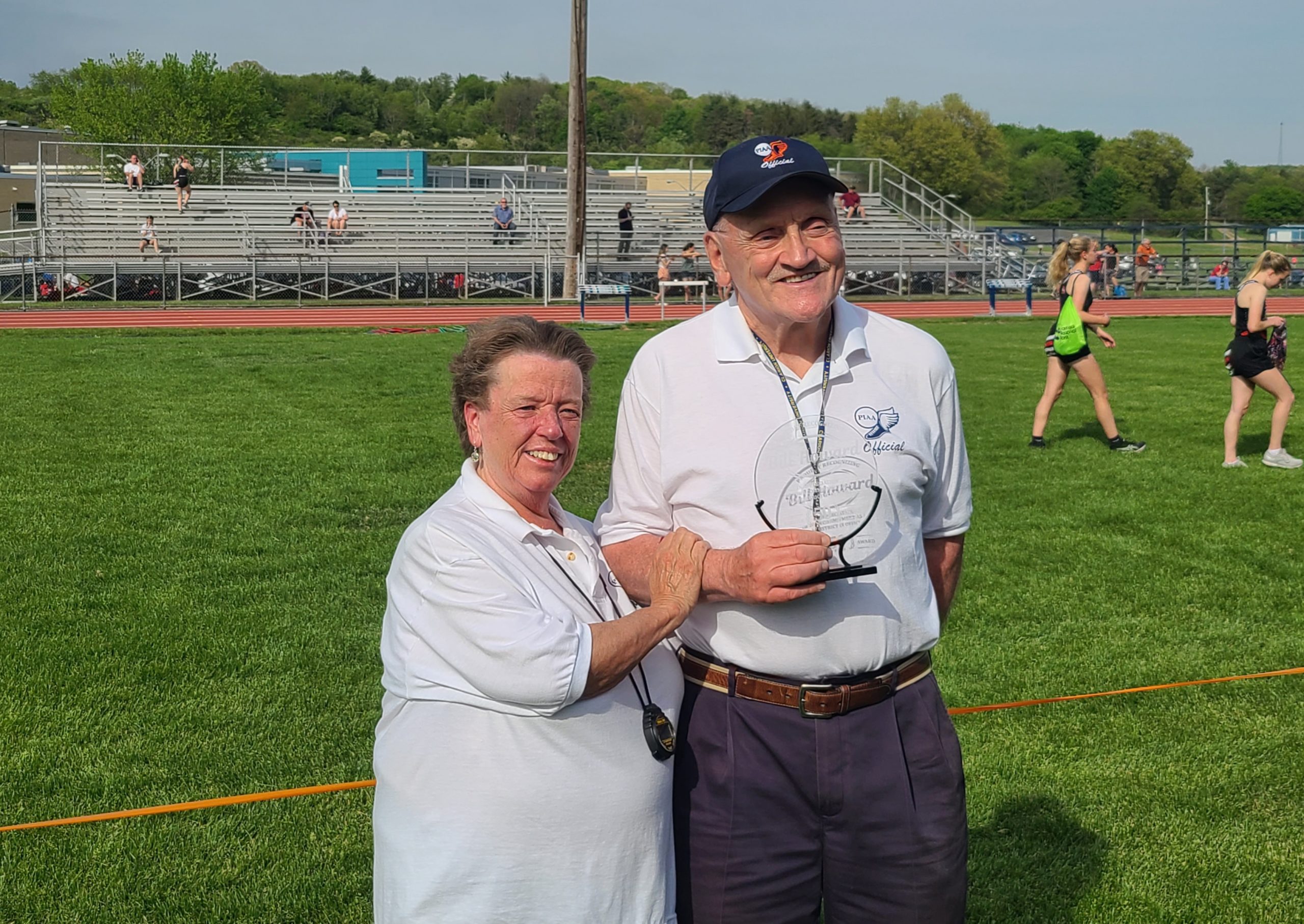 SHINGLEHOUSE, Pa. – Fifty years in any profession is a sign of dedication, passion, and enjoyment for one’s craft.

For Bill Howard, that passion has been officiating, both in Pennsylvania and New York. The longtime District 9 committee member and Athletic Director at Oswayo Valley High School has worn many hats throughout his involvement in high school athletics, but none more so than serving as a PIAA official for the last 50 seasons, a milestone that was honored recently at the District 9 Class 3A Track and Field Championships.

“It really does not seem like it has been 50 years, “ Howard said. “I mean, this has been so much fun for me. Sports officiating has been a passion. You know, I’ve made so many friends that I don’t think that I’m 72 years old. It’s just something that I’ve enjoyed being involved with the kids and being involved with the District 9 committee and being the athletic director at Oswayo Valley. It just keeps me young.”

It’s something he says he couldn’t have envisioned doing for as long as he has back when he started.

“I was just this hick kid from Shinglehouse and I did it because I needed a few bucks when I was in college,” Howard said. “For whatever reason, I just stayed with it, got better and it just became a passion of mine. It was just something I did for the heck of it. It was something that I enjoyed and I just kept getting better at.”

For Howard, the relationships he’s made over that time mean everything, and they are certainly high on the list of things he’s most thankful for.

He’s also had the ability to work at the highest level of officiating, something he says is a career highlight as well.

From the time Howard started officiating in the early 1970s until now, much has remained the same. But even more, has changed.

He’s seen the level of competition continue to increase dramatically to where it’s at today, as well as the commitment that coaches make and the time they invest in their student-athletes.

“I think the coaching is so much better than it used to be 50 years ago. I mean, coaches use technology today, and they help their kids break these records, no matter whether it’s in basketball, football, track and field,” Howard said. “And it’s good to see that the people that love the sport are giving back to the kids. They’re so intelligent and they understand sports and it just helps our kids become better prepared for athletics and for life, too.”

Howard’s passion is undeniable. And it takes that kind of enthusiasm to work at the craft for as long as he has. But, as he points out, it’s also a major commitment, both in time and effort.

“The commitment that any sports official makes is enormous,” he said. “You know, the time away from family, the time that you commit to learning the rules. I was the chapter interpreter for 40 years, so I had to run all those chapter meetings to teach other officials.

“People don’t realize the commitment that you make. I’ve been the District 9 rules interpreter for the last five years, and I was also the rules interpreter in New York state. So I was running New York meetings, Pennsylvania meetings, college meetings. I was an evaluator from junior college all the way up through Division I. It was just something that I worked hard at and took pride in.”

That being said, he hopes young people take to officiating the way he did. It’s oftentimes a thankless job, but, as Howard can attest better than just about anyone, it’s absolutely worth it.

Rosters for Inaugural Keith Miller Memorial High School Senior Invitational Baseball All-Star Game Revealed
June 7, 2021 District 9/10 PIAA Baseball/Softball Schedule Powered by BHL Sportsperson of the Year Award
This website or its third-party tools process personal data.In case of sale of your personal information, you may opt out by using the link Do not sell my personal information.
×
Manage consent