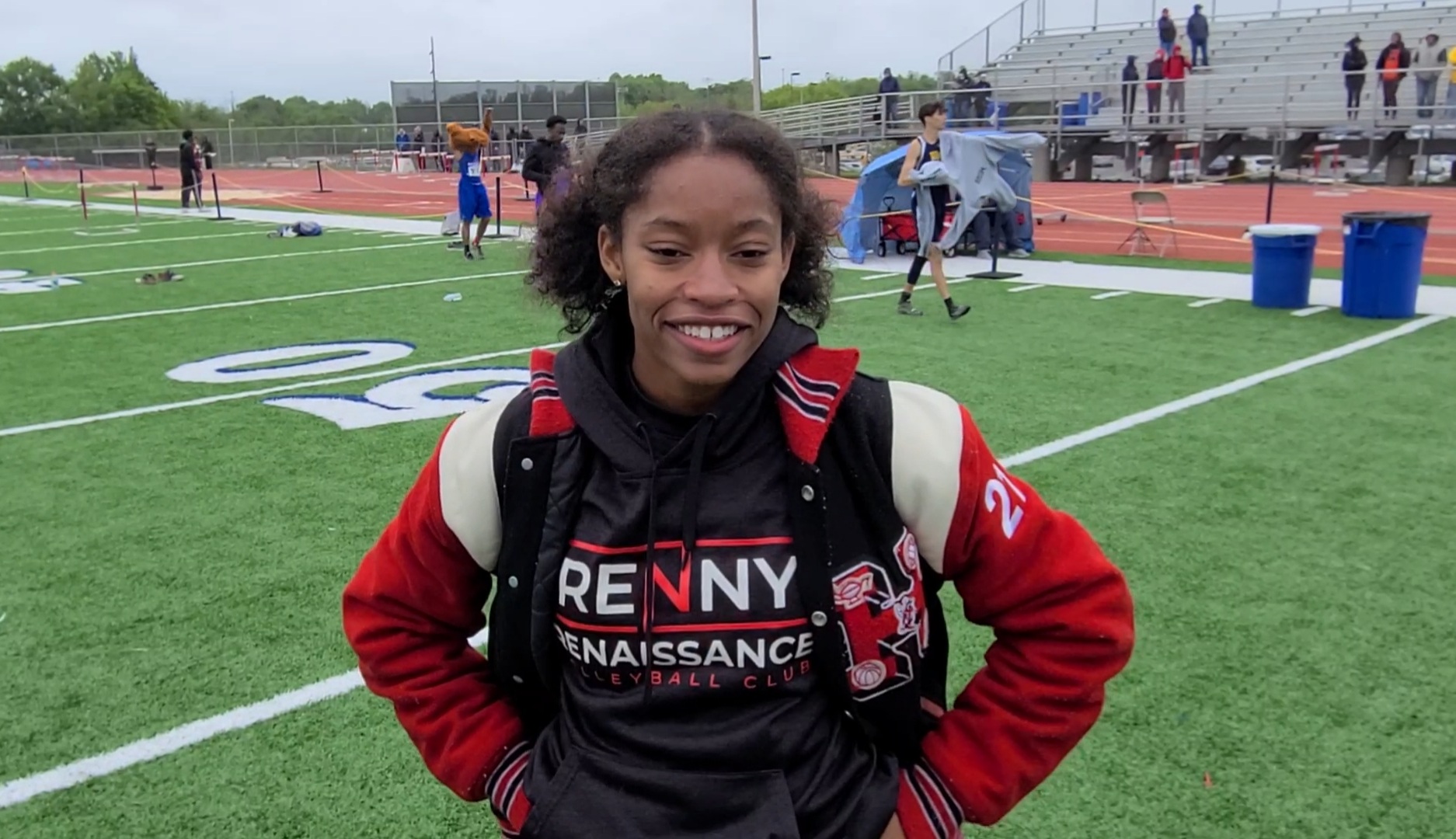 The Hickory Hornet senior turned in a stellar performance in the 100 hurdles, coming in second with a time of 14.8, or .2 faster than her prelim time of 15.0.

And that silver medal sure felt good around her neck.

“I felt really good,” she said. “I don’t like losing so it stung a little bit, but I did the best I could .”You feel like a weight on your shoulder lifts off. You can breathe and know that you actually did it.

Kayli Williams of Pennsbury got gold in the event at 14.38.

Anderson also competed in the 300 hurdles and 4×100 relay, and while there were no medals there, she still enjoyed herself immensely.

“It’s definitely fun,” she said. “When people push you, you push yourself. I absolutely love that. And you make so many new friends being here. It’s so much fun. It’s lovely. I’m happy I made it back again and actually got a medal.”

General McLane’s Ryan Harvey was the only other District 10 (or District 9) competitor to earn a medal, finishing seventh in the discus with a throw of 168-9.

That throw was an improvement on his heave of 157-8 that won him the District 10 title.

Hempfield’s Daniel Norris was mighty impressive in winning the event. His top throw of 195-10 was more than 20 feet better than second place and just over 12 feet behind the PIAA record.

It was a day of some near misses for District 9 and District 10 athletes, and it began early in the morning in the 3200. General McLane’s Dylan Throop, who set the District 10 meet record last week with a time of 9:19.63, bested that time, crossing the finish line with a time of 9:19.63. It wasn’t quite good enough to make it to the podum, however, as Throop finished ninth, just behind Graham Thomas of Penns Manor at 9:18.60.

Gary Martin of Archbishop Wood crossed the finish line with a record time of 8:54.87 in the event. Martin went on to win the 1600 as well.

Speaking of ninth-place finishes, that’s how close Bradford’s Gavin McGee got to a medal in the triple jump as well. McGee made it to the finals, which included the top nine jumpers, with a leap of 45-4. His best jump in the finals was 44-6 ½, just behind Spencer Edey of Shippensburg, who went 44-8.

The pole vault and high jump were both moved inside due to inclement weather, and it was a tough day for McDowell standout Kalli Knott. The D-10 champ at 12-4 bowed out at 11-6 at Shippensburg.

Fort LeBoeuf’s Adam Lichtinger was the next closest to reaching the medal stand, taking 10th in the javelin with a throw of 155-9.