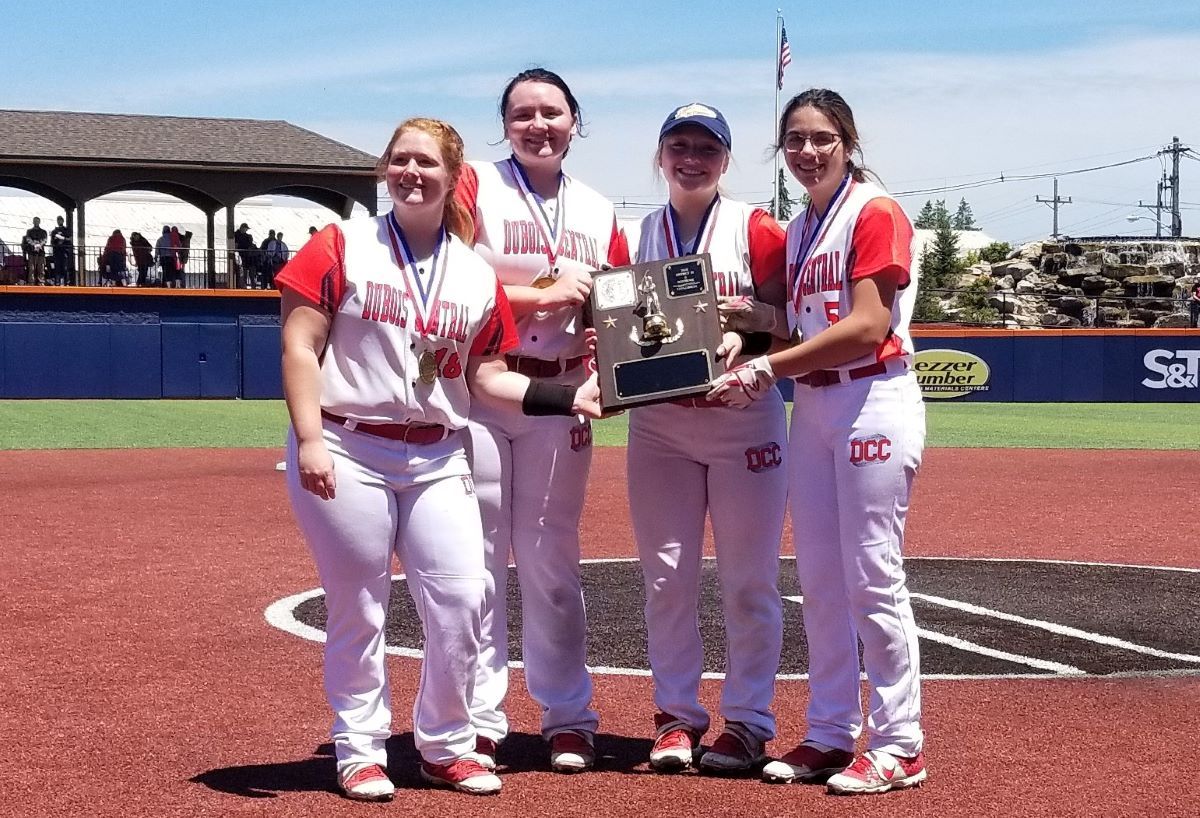 DCC is the defending Class 1A champion.

BROCKWAY, Pa. – District 9 softball brackets are out with a total of 18 District 9 teams announcing intentions to play in the postseason.

The Class 1A bracket is the biggest with seven teams, Class 2A has six teams, Class 3A and Class 4A each have two teams, and DuBois will play in a subregional with Districts 6 and 8 in Class 5A.

Defending champion DuBois Central Catholic is the top seed in Class 1A followed by Otto-Eldred at No. 2, Forest Area at No. 3, Elk County Catholic at No. 4, Oswayo Valley at No. 5, Clarion at No. 6, and Clarion-Limestone at No. 7.

In Class 2A, Johnsonburg is the top seed followed by Keystone at No. 2, Cranberry at No. 3, Curwensville at No. 4, defending champion Moniteau at No. 5, and Kane at No. 6.

Karns City is the top seed in Class 3A with defending champion Punxsutawney in at No. 2.

Defending champion Clearfield is the No. 1 seed in Class 4A and St. Marys is the No. 2 seed.

First-round action in Class 1A and Class 2A starts on Monday, May 23.

In Class 1A, C-L will be at Otto-Eldred in a rematch of a 7-2 game from a year ago won by C-L on its way to the PIAA playoffs for the first time ever. That game will be at 4 p.m.

Forest Area will host Clarion in a 6-3 game at 4 p.m. at West Forest, and ECC will host Oswayo Valley in the 5-4 matchup with that game being at Benzinger Park.

In Class 2A, first-round games Monday, May 23, will have Curwensville hosting Moniteau in the 5-4 matchup at 4 p.m. and Cranberry hosting Kane at 4 p.m.

Semifinal Loser vs. Finals loser if teams didn’t play in the semifinals

(2) Punxsutawney vs. (1) Karns City at Heindl Field in DuBois, TBA

Class 5A with Districts 6 and 8