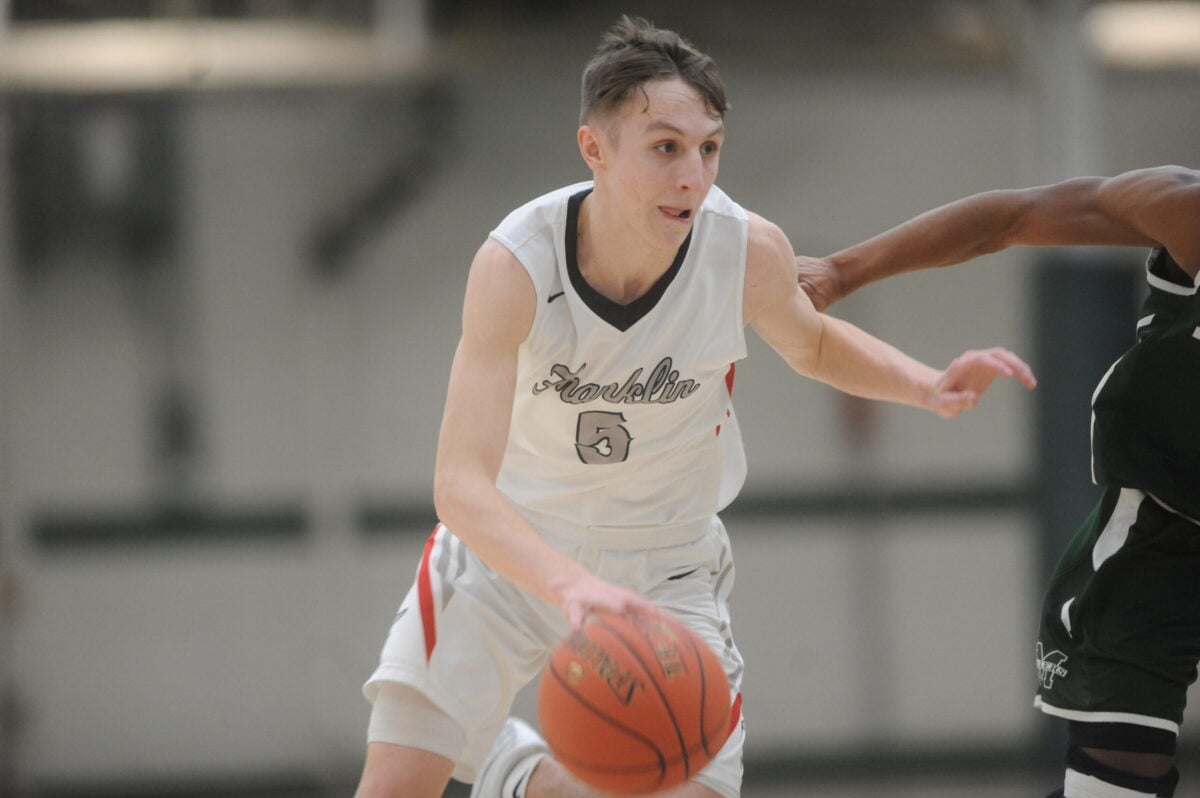 WARREN, Pa. – The Franklin, Fairview, and Kennedy Catholic boys’ basketball teams all turned in brilliant seasons in 2021-22, and as such had their hands all over the All American Awards and Engraving /D9and10Sports.com All-District 10 teams and awards.

Franklin senior Easton Fulmer is the 2022 D9and10Sports.com District 10 Boys’ Basketball Player of the Year Powered by All American Awards and Engraving.

Fulmer is joined on the first team by teammate Damon Curry, as well as Kennedy Catholic’s Malik Lampkins-Rudolph and Elijah Harden and Fairview’s Logan Frazao and James Sitter.

Erie sophomore Layveon Gore was the other major award winner, nabbing Rookie of the Year honors for a young Royals’ team that fell in overtime to McDowell in the D10 Class 6A title game.

All American Awards and Engraving specializes in all kinds of awards, trophies, and engraving products as well as screen printing and embroidery. As the company likes to say, they will put almost anything on almost everything. The 2012 Clarion Area Chamber of Business and Industry Business of the Year in Economic Development is located on Route 322 in Shippenville. It can be found on the web at www.allamericanhq.com and can be reached at 1-877-402-9273.

2022 D9AND10SPORTS.COM BOYS’ DISTRICT 10 BASKETBALL PLAYER OF THE YEAR POWERED BY ALL AMERICAN AWARDS AND ENGRAVING

Easton Fulmer, Sr., Franklin – All Fulmer did this season was become the Knights’ all-time leading scorer, helping the program to back-to-back District 10 titles. Fulmer averaged 22.2 ppg. , 5.4 apg. and 4.5 rpg. for a Franklin team that went 23-3, with all three losses coming outside of District 10. He shot 46% from the floor and drained 63 threes.

2022 D9AND10SPORTS.COM BOYS’ BASKETBALL DISTRICT 10 ROOKIE OF THE YEAR POWERED BY ALL AMERICAN AWARDS AND ENGRAVING

The Royals had to replace a ton of production from their 2021 D10 title team, and Gore was one of the main pieces in that mix. The talented sophomore showed a versatile inside/out game, finishing third on the team in scoring at 9.5 ppg. The Royals fell in heartbreaking fashion to McDowell in overtime in the D10 6A title game.

2022 D9AND10SPORTS.COM BOYS’ BASKETBALL DISTRICT 10 CHUCK DALY COACH OF THE YEAR AS PRESENTED BY THE CHUCK DALY FOUNDATION POWERED BY ALL AMERICAN AWARDS AND ENGRAVING

Pat Flaherty, Fairview – Flaherty guided a special group of Tigers to the District 10 Class 4A title and the PIAA Class 4A quarterfinals. The Tigers won all their playoff games by double-digits before a 54-51 PIAA second-round win over a Lincoln Park team that featured multiple Division 1 prospects. They ran into the same thing against Quaker Valley in the quarterfinals against Quaker Valley, coming out on the short end of a hard-fought battle, 54-48.

Clarion County YMCA Senior Basketball All-Star Game Set for Sunday, April 3, at Y
Srock, Francis, Straub Headline 2022 D9and10Sports Boys’ D9 Bball Awards Powered by All American and Engraving
This website or its third-party tools process personal data.In case of sale of your personal information, you may opt out by using the link Do not sell my personal information.
×
Manage consent