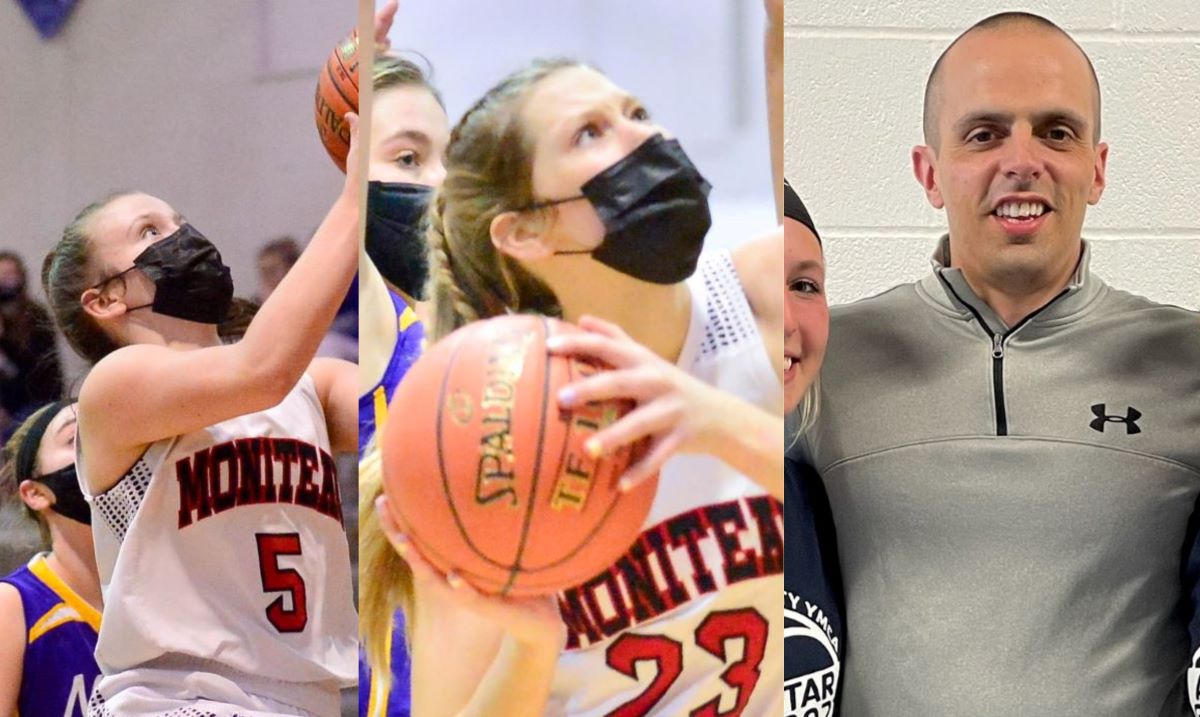 Pry averaged 19.9 points, 14.2 rebounds. 3.1 assists, and 2.3 steals per game for the District 9 Class 3A runner-up Lady Warriors. She finished her career with 1,046 points, seventh in school history, and she ranked second in District 9 in scoring in 2021. She also grabbed 871 career rebounds and was named the KSAC MVP and the Butler Eagle Player of the Year this season.

In a tight race for Rookie of the Year, Kelly’s performance in big games separated her from the field. She averaged 11.4 points, 4.9 rebounds, 2.8 assists, and 1.3 steals per game. Playing 19 games against postseason teams, including five against district champions, Kelly averaged 11.2 ppg in those contests.

Carlson led Punxsutawney to a 19-1 overall record, including 16-0 in the regular season. The Lady Chucks won the District 9 Class 3A title and beat Everett, 72-38, in the PIAA first round before losing to WPIAL champion and PIAA runner-up, Mohawk, 62-38, in the quarterfinals.

In addition to the major award winners, the 2021 D9and10Sports.com District 9 Girls’ All-District teams powered by All American Awards & Engraving were also named.

2021 D9AND10SPORTS.COM GIRLS’ BASKETBALL PLAYER OF THE YEAR POWERED BY ALL AMERICAN AWARDS & ENGRAVING

2021 D9AND10SPORTS.COM GIRLS’ BASKETBALL CHUCK DALY COACH OF THE YEAR AS PRESENTED BY THE CHUCK DALY FOUNDATION POWERED BY ALL AMERICAN AWARDS & ENGRAVING

Mike Carlson, Punxsutawney: Led the Lady Chucks to a 19-1 overall record and the District 9 Class 3A champion. Punxsutawney advanced to the PIAA quarterfinals where it lost to eventual PIAA runner-up Mohawk. The Lady Chucks finished the regular season 16-0

2021 D9AND10SPORTS.COM GIRLS’ BASKETBALL ROOKIE OF THE YEAR POWERED BY ALL AMERICAN AWARDS & ENGRAVING

2021 D9and10Sports Girls’ Bball Awards; All-D10 Powered by All American Awards & Engraving Announced
Led by Three Second-Team Selection, Eight Total D10 & D9 Players Named Girls’ All-State in Basketball
This website or its third-party tools process personal data.In case of sale of your personal information, you may opt out by using the link Do not sell my personal information.
×
Manage consent