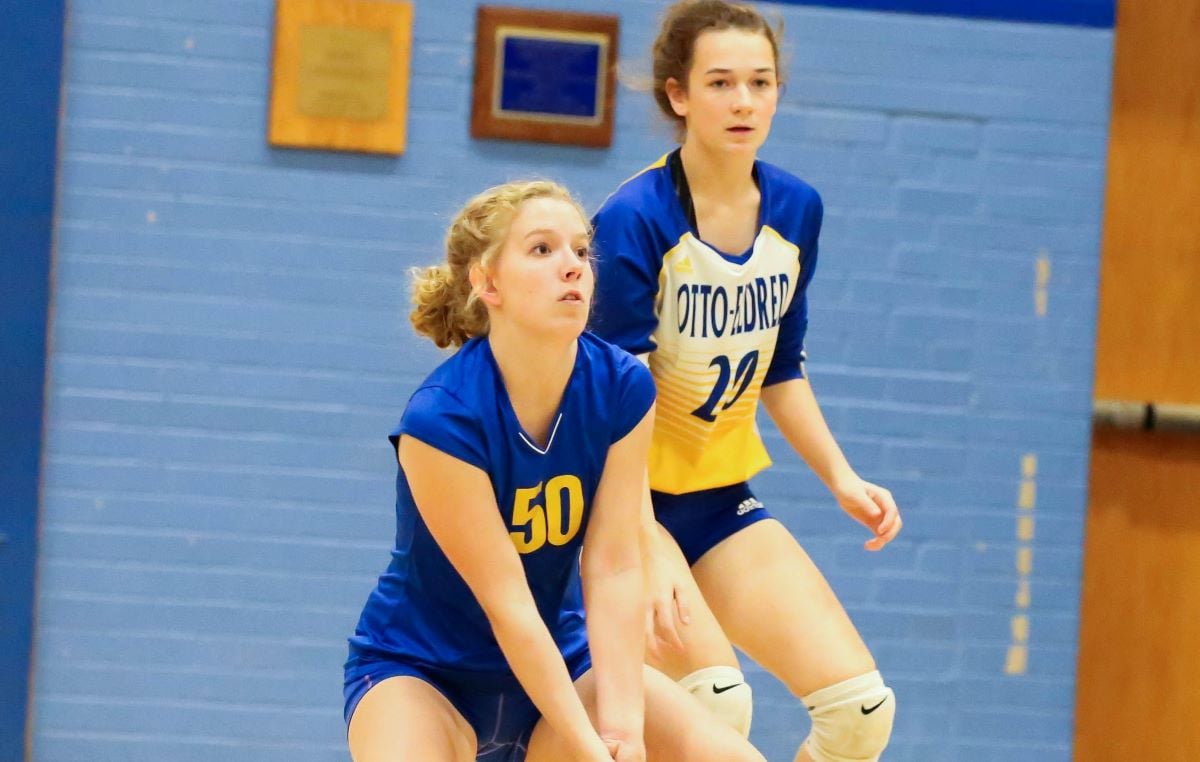 Briana Silvis added nine kills, 11 digs, and two blocks for the Lady Terrors, who will play at top-seeded Clarion in the quarterfinals Thursday on a match that will be video broadcast on D9and10Sports.com.

Anna Merry ran the offense for the Lady Terrors with 31 set assists while adding 10 digs and three aces.

Lexi Ruckdeschel chipped in four kills and four blocks for the Lady Falcons.

Liz Frame ran the offense for Coudersport with 26 set assists while chipping in 11 digs and four kills.

Coudersport will travel to second-seeded Elk County Catholic for a quarterfinal match Thursday.

Ayanna Ferringer also reached double digits in kills for the Berries with 12 while adding two digs and a block, while Brooke Hart had nine kills, three aces, two digs, and a block.

Mackenzie Karnes also had a solid all-around match for Cranberry with nine kills, three aces, two digs, and a block, while Oliva Plummer had two digs and Lillie Kaputa chipped in two aces.

Ashlynn Collins ran the offense for the Berries with 27 set assists.

Cranberry will face third-seeded Oswayo Valley in the quarterfinals Thursday.

Oct. 26 Soccer Playoffs: D9 Boys’ Filled With Upsets; D10 Girls’ Favorites Take Care of Business
Oct. 27, 2021 D9/10 Volleyball/Soccer Playoff Schedule
We use cookies on our website to give you the most relevant experience by remembering your preferences and repeat visits. By clicking “Accept All”, you consent to the use of ALL the cookies. However, you may visit "Cookie Settings" to provide a controlled consent.
Cookie SettingsAccept All
Manage consent