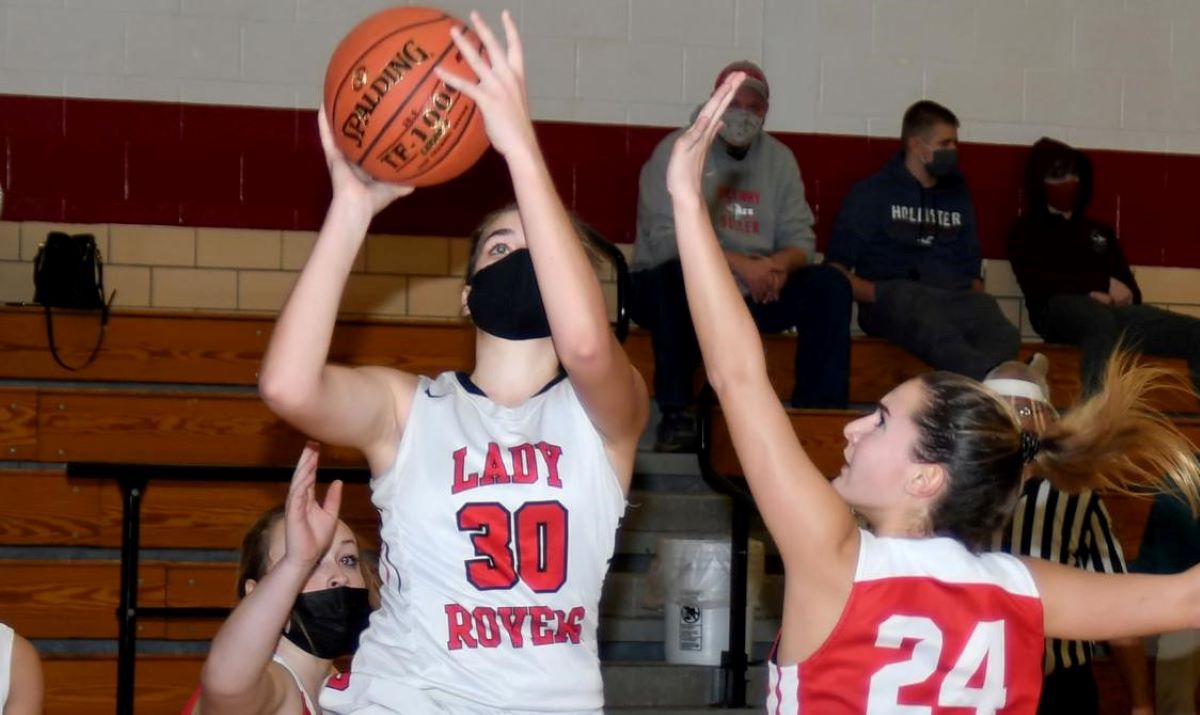 D9and10Sports.com is highlighting returning high school student-athletes this summer. The year in school listed next to the athlete’s name is the year the athlete is entering this fall.

D9and10Sports: How did you first get involved in sports and did you like it?
A: My first real look into sports was watching my brother as I grew up. I played baseball up until fifth grade with him and that just really got me excited to try new things. I really got into basketball when my dad took me to my older brother’s practices when I was in about second grade. I absolutely loved the sport and have played since. With tennis, I really got into it when my older sister, Savannah, played because I got to see all of her matches and it just looked like fun to play to me and I also chose to play tennis specifically for the footwork that would help me with my basketball career.

D9and10Sports: Who has been your biggest influence in life and why?
A: My biggest influence in life would have to be my mom. She sets an example when it comes to working hard and pushing through tough times. My mother is in the air force and I have been able to watch her take care of people and organize incredible things. My mother has always tried to help people since I can remember whether it was from her business donating items, simply starting a conversation with someone, or through community service. My character is solely based on my mother’s influence for the most part.

D9and10Sports: What is your favorite high school sports memory?
A: My favorite high school sports memory would have to be the pink game my sophomore year. This game truly just feels different because we aren’t playing for our coaches, fans, the media, or ourselves, but rather for those people who are fighting or have fought larger battles. We played for a cause and it just gave off a different feeling with a packed gym and being able to make the night really special for cancer survivors and fighters.

D9and10Sports: If there was one period in history you could go back to, what would it be and why?
A: I would go back to the 90s because then I could watch firsthand some of the greatest basketball players ever like Scottie Pippen, David Robinson, and of course Michael Jordan.

D9and10Sports: What will you tell your kids someday about living through the COVID-19 pandemic?
A: I will probably tell my kids about how chaotic life became. Everything became very political and chaotic, but the pandemic did make some people better themselves because they finally had the time to take everything in and just relax.

D9and10Sports: What is your ideal place to live? Country, City, Suburb and why?
A: I really would like to live in the suburbs because I love nature, but I am also in love with the city and so getting a combo of them both would be ideal.

D9and10Sports: Is there anything you wish we would have asked you? If so, what is the answer?
A: I wish you would have asked what I am doing to prepare for the season during the offseason. I would have responded by saying that I stay involved in basketball leagues all summer. I play in the Benzinger men’s league, the YMCA girls basketball league, and I play on the Rising Stars of Clarion girls basketball team for AAU. I play tennis with my sister at least three times a week and work out every single day with lifting and cardio. Eating right also is really important during the offseason with working out every day.