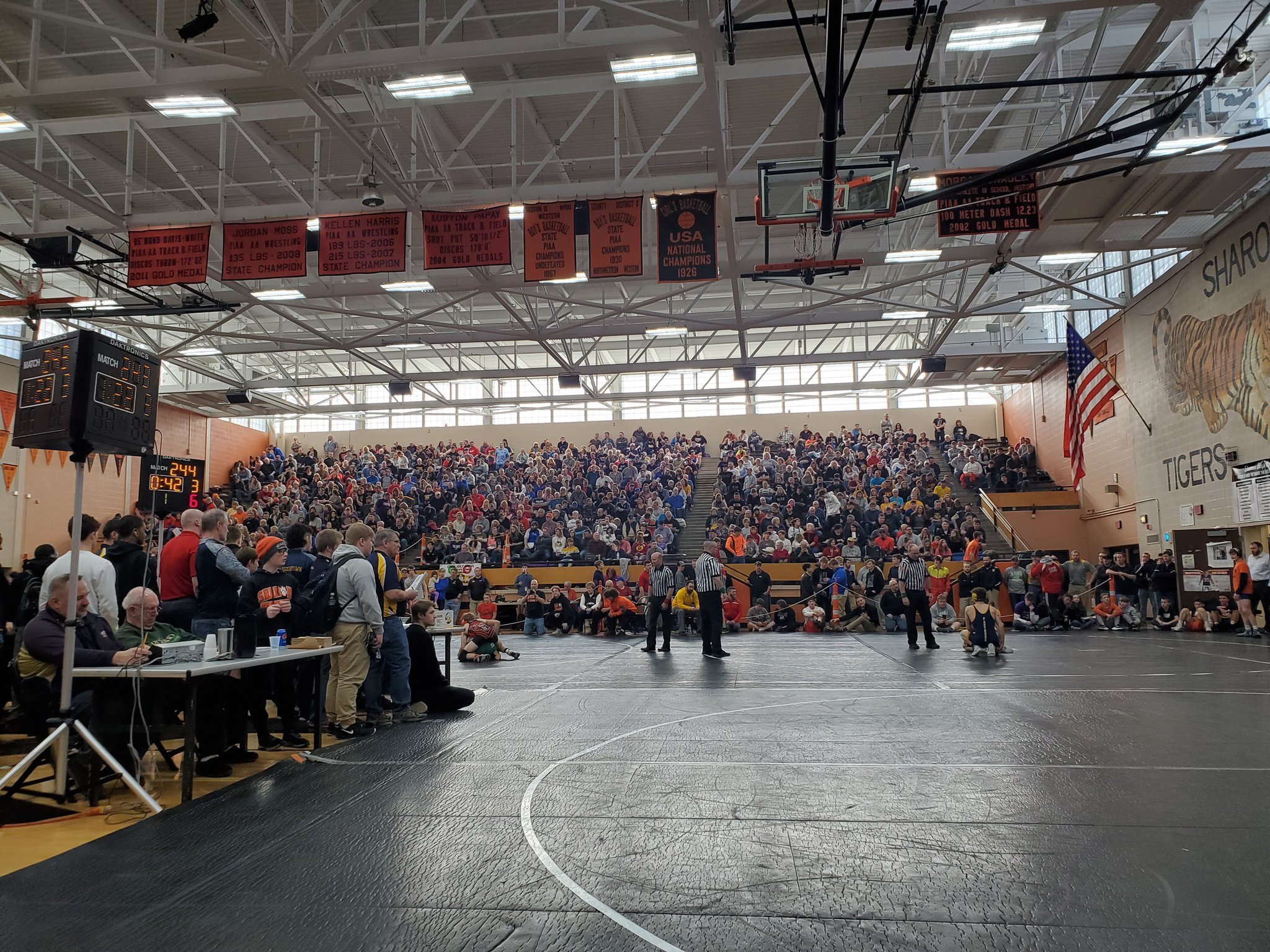 Included are capsules representing programs for which coaches returned emailed questionnaires to D9and10Sports.com

Head coach Dalton Lester has a solid group of wrestlers who want to improve, both individually and as a team. Lester’s goal is modest; a winning record in the region. Significant returners are Chase Beck (126), Gunnar Gage (132), and Jackson Carico (189). The Devils season began on Dec. 10-11 at the Hickory Invitational Tournament, where they finished 12th out of 24 teams. Carico was second at his weight, Gage fourth, Chase Beck (145) and Brody Beck (132) sixth, and Preston Gorton (126) eighth. Lester is assisted by Zach Stafford.

Though his wrestlers are young, head coach Kevin Drew expects the Panthers to be competitive. Drew characterizes his wrestlers as talented and tough, though he notes some have a pretty steep learning curve. He’s sure, however, that once his wrestlers learn to train and compete, success will follow. Hunter Geibel (120), Wyatt Lazzar (138), and Clayton Smith (172) are key returners, while Leyton Zacherl and Garet Guthrie could be important additions. The Panthers competed at the Hickory Invitational Tournament to start the season, finishing sixth. Lazzar (145) and Smith took thirds and Zacherl (113) and Hunter Geibel fourths. Cole Geibel (106) was sixth, Aiden Osborne (189) seventh, and Ben Kammes (106) eighth. Drew’s assistant coaches are Tom Tingley (the former head coach at Lakeview), Brian Hooks, and Stephen Ceremuga.

A young athletic team, the Knights have great leadership and are a hard-working group of wrestlers. Head coach Kris Black’s focus is on being patient at the beginning of the season, trying to prevent his younger grapplers from getting frustrated as they gain valuable mat time. To this end, Black wants to see his team get better each match and become increasingly competitive throughout the year. Returning to the Knights’ line-up are Cael Black (189/215/285), Gannon Jaquay (152/160), and Cole Kellogg (126/132). Griffin Williams and Ryan Chambers are notable newcomers. Dennis Johnson is Black’s assistant coach. Eisenhower started the season at the Sheetz Kick-off Classic on Dec. 11.

The goal for the Bison is to win each regular season dual and compete for the district team title. Head coach Shane McChesney has his charges focusing on wrestling from the top position, with emphasis on tilts flowing into pinning combinations to get, at the least, back points. He also believes mentally preparing his wrestlers for the grind of the regular season will be key. Returners are Andrea Przybycien (106), Jake Bennett (120), Jojo Przybycien (126), Jackson Bowers (138), Dominic Stearns (145), Conner McChesney (152), Ryan Welka (172), Danny Church (189), and Jack Sangl (215). Noah Cuic (126/132) and John Duran (215) are freshman who will vie for mat time. The Bisons started this season at the Hickory Invitational Tournament, where they took second among. Jojo Przybycien (132) and Church were individual champions, while Bennett was a runner-up. Notching third place finishes were Andie Przybycien, McChesney (160), and Duran. Gage Bell (106) was fifth, Cuic (126) sixth, and Welka seventh. Assistant coaches are Ed Burkhart, Joe Przybycien, Nick Milano, Dave Church, Dan Baney, and Noah Burkhart.

The Yellow Jackets have a solid line-up with few, if any, holes. Head coach Jason Johnson wants to see his grapplers take a big step forward with their mat wrestling skills this year. He noted they have typically been pretty strong on their feet, but he wants to see gains elsewhere. Coming back are Abe Keep (189), Lance Cardman (132), and Story Buchanan (152). Riley Horn (126) was identified as a freshman who could make an impact. Johnson was also excited about the potential of senior newcomer Nate Talega (126), a former basketball player who has so far acquitted himself well on the mat. Girard’s season started at the Hickory Invitational Tournament with a ninth-place finish. Keep (215) won his weight class and Buchanan was a runner-up. Zachary Baldwin (285) took fourth and Horn (132) seventh. Matt Friend, Trevor McCray, and Curt Cardman are assistant coaches.

Head coach John Reynolds believes the Trojans are a solid dual meet team that will benefit from experience and excellent leadership. The emphasis is on currently trying to get his wrestlers in good shape and focusing on them mastering basic skills. Among the returners are Cole Karpinski (189), Riley Kneeland (138), Luke Gentile (160), Hayden Robertson (145), Brandon Porter (120), Nevada Koehler (126), Mason Battles (132), Collin Wilson (215), Bennett Hayne (172), Mason Moore (172), and Seth Renwick (133). Teage Calvin (189) is a freshman who could have an impact. Mike Gentile, Brian Holzshu, Dave Cornelius, Jeff Calvin, Justin Reynolds, Blake Reynolds, and Gage Gladysz are assistant coaches. Greenville began the season at the Sheetz Kick-off Classic.

With no seniors and only four juniors, Grove City will be an underclassmen-heavy team. Head coach Wesley Phipps is looking for maturation, including such things managing weight, balancing school and athletics, etc. At the very least, he wants his team to have fight, compete every match, and be fun to watch. Because he has solid guys from 132-172 with wrestling experience, Phipps believes the Eagles could make the postseason as a dual team. Returning are Dylan Ahern (215) and Hunter Hohman (152), while Cody Hamilton and Alex Hackwelder are poised to make an impact as freshmen. Assistant coaches are Jerad Sample, Austin Matthews, and Jason Hohman.

North East has increased numbers this season, which translates to some depth in the middleweights. The goal of head coach Matthew Humes is for the Grape Pickers to qualify for the district duals. Key returners are Tyler Lafferty and Blake Hill, while Konnor Kimmy is a freshman who might have an impact. Assistant coaches are Aaron Jackson and Chris Galloway. North East began its season at the Sheetz Kick-off Classic.

The Panthers have a full line-up and senior leadership, causing head coach Jim Mulligan to be optimistic about Saegertown’s chances of winning a regional championship and qualifying for team states. With five or six freshmen starting, however, it will be essential that they come up to speed in short order. Returning are Hunter Robinson (113), Owen Hershalman (120), Landon Caldwell (189), and Josh Perrine (285). Key newcomers include Carter Beck (106), Nolan Hughes (132), Gabriel Jordan (152), and Kai Mangold (215). Assistant coaches are Curt Delattre, Doug Luikart, Pat Bradshaw, Daytona English, Kane Patron, and Jarrott Ruhl. Saegertown opened its campaign at the Sheetz Kick-off Classic.

Head coach Tim Findley has a young, but talented team; one that is working to get better every day and compete in each dual meet. Individually, he is confident several of his wrestlers can make some noise in the postseason, maybe even putting together a run that ends in Hershey. Notable returners are Caullin Summers (145), Alex Rueberger (132), Michael Brenneman (189), and Josh Divens (160). New to the team are Jonathan Bissell (138) and Max Hernandez (152). The Blue Devils opened the season at the Hickory Invitational Tournament, taking 11th. Summers won his weight class, Rueberger was third, Bissell sixth, and Brenneman eighth. Jeff Myers is Findley’s assistant coach.

Head coach David Myers describes the Eagles as a young, but gritty team. Development of the younger wrestlers is crucial to the Eagles’ success, with Myers reporting the faster they acclimate, the more success they’ll have. Fortunately, there is strong leadership in the practice room and improvement has been seen daily. Logan McDonald (138), Matt DiSimone (152), and Ian Mancuso (120/126) are key returners. Assistant coaches are Aaron Morris, Scott Ishman, and Jaykup Durlin.

The Lancers strength as a team is in the upper weights, depth at the middleweights, and a full cadre of assistant coaches. With seven sophomores on the roster, head coach Ryan Cook is looking for the team to gain experience and, as such, has tailored the General McLane schedule so it includes two dual meet tournaments and varsity tournaments that permit double entries at each weight class. When all is said and done, the Lancers should be very competitive within the district as they prepare to return to 2A next season. Key returners are Magnus Lloyd (172), Wilson Spires (285), Kyle Cousins (145), and Jessi Stempka (189). Freshmen who have the potential of making an impact are Hudson Spires (138) and Teige Berger (106/113). The Lancers started their season by going 2-3 at the Hampton Dawg Duals; beating Hampton (69-6) and Pittsburgh Central Catholic (53-16), but falling to Thomas Jefferson (37-36), Mount Pleasant (44-30), and Quaker Valley (40-29). Cook’s assistant coaches are Hunter Harrison, Jim Beach, Spencer Nagy, Richie Gomez, Matt Wilcox, Deven Simpson, Mike Caro, Andrew Brest, and James Laird.

The Bulldogs’ goal is to win the D10 3A team championship this year. Head coach Barry Anderson did not lose one starter from last year’s squad, though he concedes his young squad will benefit from more varsity experience. Key returners are Griffin Buzzell (189), Rhoan Woodrow (215), Westin Chess (152), Brighton Anderson (145), Alex Kinder (132), and Ty Tidball (172). Newcomers include Ben Fuller (106) and Caleb Anderson (113). Assistant coaches are Jeff Longstreth and Terry Tidball. The Bulldogs began the season at the Sheetz Kick-off Classic.

D9and10Sports.com to Broadcast Sheffield at Eisenhower Boys Basketball Wednesday
Dec. 15, 2021 Wrestling Scoreboard Powered by Luton’s Plumbing Heating & AC
This website or its third-party tools process personal data.In case of sale of your personal information, you may opt out by using the link Do not sell my personal information.
×
Manage consent