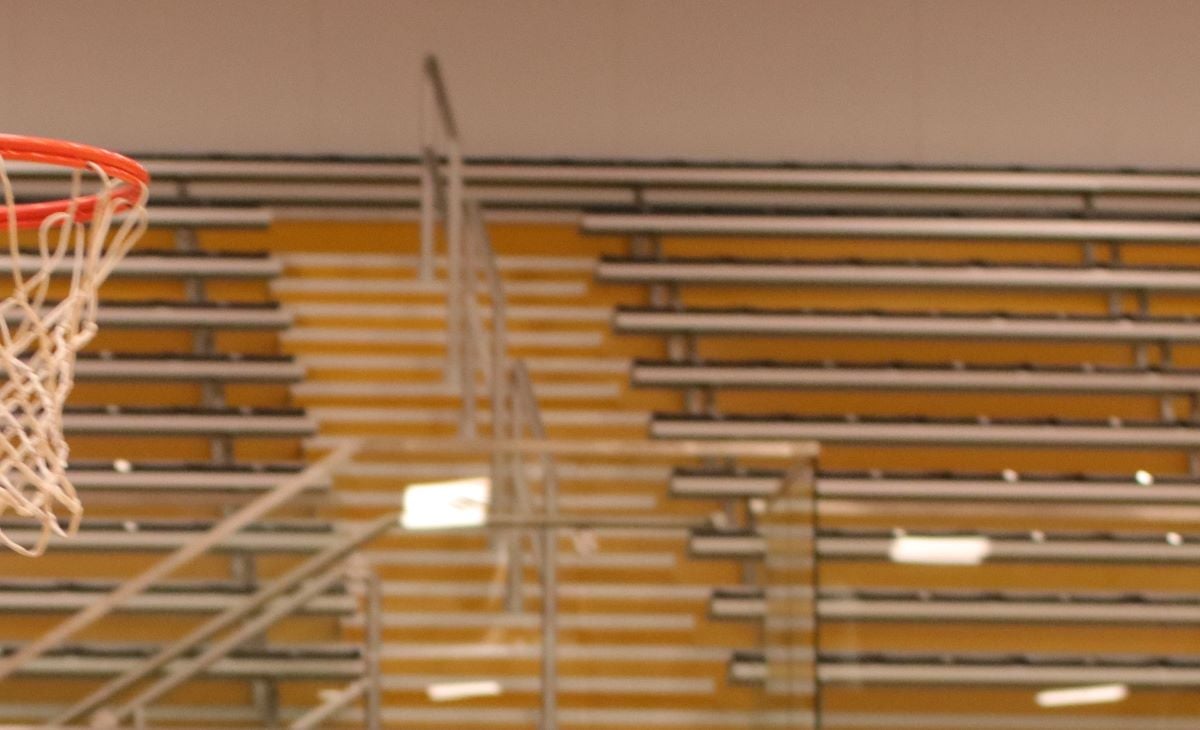 Northing says 2020 like empty stands in gyms across the Commonwealth. Photo by Jared Bakaysa of JB Graphics. See more of Bakaysa's work here

It was a high school sports year like we have never seen, but there is no question it brought us sports stories that we will never forget.

The staff at D9and10Sports.com took on the tough task of ranking the Top 10 stories

Debate away, because we sure have.

Villa Maria’s Tara Thomas had a fall to remember in a pair of individual sports winning a silver medal in the PIAA Individual Tennis Championship while also qualifying for the PIAA Golf Championships.

NO. 9 SPORT SHUT DOWN AGAIN

After going through a painful shutdown in the spring of high school sports, a lot of bad memories were dug up when Pennsylvania Governor Tom Wolf came out on Dec. 10 and declared that high school sports would be shut down from Dec. 12 until Jan. 4. This came a day before some schools – and many weren’t playing anyhow – were scheduled to start tournaments in basketball and wrestling. Some schools just called it quits and didn’t even try. Then others, like Brookville and Moniteau, found a way to play two games in one day. But after being in empty or nearly empty gyms the night of Dec. 11, no one has been allowed to even practice since that night. A strange situation for sure considering at a handful of schools players can play basketball in gym class at 2 p.m. but not practice as a team at 3 p.m.

COVID-19 has created a lot of strange situations this season including volleyball starting with bench players sitting in the hallway, gyms with no fans, players wearing masks during games, but none may have been stranger than three District 9/10 teams making “runs” in the PIAA semifinals without ever playing a game.

But that was exactly what happened to Cathedral Prep and McDowell football and DuBois volleyball. All three got forfeited into the PIAA semifinals and Cathedral Prep went all the way to the PIAA Class 5A championship game without playing a contest.

NO. 7 SHEFFIELD FOOTBALL PLAYERS PLAY FOR TWO TEAMS IN THE SAME SEASON

Players playing for multiple teams in the same season for pro football teams isn’t all that uncommon. It’s nearly unheard at the high school level for obvious reasons.

But it was 2020, so why not? A handful of Sheffield players did exactly that.

After getting crushed by Keystone in the season opener, Sheffield decided to end its season after just that one game. But in an unprecedented move, the PIAA allowed the Sheffield players to become Warren Dragons for this season only. And some took advantage of it and dressed in the Warren uniforms after dressing in the Sheffield uniforms claiming a feat most high school athletes will never be able to claim.

NO. 6 HISTORY IN THE MAKING IN THE VALLEY

Nearly an entire generation of Redbank Valley football players had knocked on the door in District 9 but never were able to knock it in. But Blane Gold’s crew this year was different. The Bulldogs rolled through the abbreviated regular season and then vanquished nemesis Coudersport in the semifinals before knocking off Smethport in the finals. It didn’t end there, as underdogs, Redbank Valley won its first-ever state playoff game knocking off Northern Bedford in the first round of the PIAA playoffs before losing to Reynolds in the quarterfinals.

The dog breed, Greyhounds, are known for their running skills. So, it was appropriate that the nickname of the Wilmington football was the Greyhounds. Behind the likes of Ethan Susen, Darren Miller, and Caelan Bender Wilmington ran its way to the PIAA Class 2A championship game for the third time in five years. Finishing second to powerhouse Southern Columbia, the Greyhounds once again made New Wilmington proud.

It was a strong golf season in District 10 with an individual title and two team titles.

The individual title belonged to Isaiah Swan in Class 2A, while the Cathedral Prep boys and the North East girls both brought home team titles.

NO. 3 GETTING THE TAKEDOWN BEFORE THE SHUTDOWN

While basketball and swimming had their seasons ended prematurely in the Spring, wrestling was able to crown champions.

That was good news for Reynolds, which won its fourth straight PIAA Class 2A team title.

All through the summer, all the Clarion volleyball team wanted was a chance. A chance to redeem itself after losing – blowing in its mind – the PIAA Class 1A semifinals last season.

When given the chance, the Lady Cats didn’t disappoint. Winning 69 of 70 sets, Clarion rolled to its second PIAA Class 1A championship and its first since 2012.

NO. 1 TURN OUT THE LIGHTS

When COVID-19 hit the country in late February, early March, the pandemic consumed the nation and high school athletes got caught up in the middle.

While Spring Sports never even got a chance to compete – something we found out over the summer could have easily happened – the real heartbreak was at the feet of swimmers and basketball players who had their seasons cut out from under them just at the time of year they had worked so hard to get to, the PIAA championship level.

That included three local girls’ basketball teams, all in Class 1A, with North Clarion, Kennedy Catholic, and Coudersport all having reached the PIAA quarterfinals. Kennedy and Coudersport were set to lock horns in one quarterfinal game, while North Clarion was set to take on Rochester in the other one fresh off a blowout win of the defending state champs, Berlin Brothersvalley.

It was the same story on the boys’ side, as the shutdown robbed us of the rematch between Hickory and Grove City in the Class 4A quarterfinals. Hickory, who many thought had a chance to make it to Hershey, were looking to beat the Eagles for the second time in the postseason after knocking them off in the D10 title game.

Farrell, meanwhile, suffered the same fate in Class 2A losing out on a quarterfinal contest against OLSH.

McDowell will also never know how far it could have gone, as the Trojans were set to play Butler and superstar Ethan Morton, in the quarterfinals.