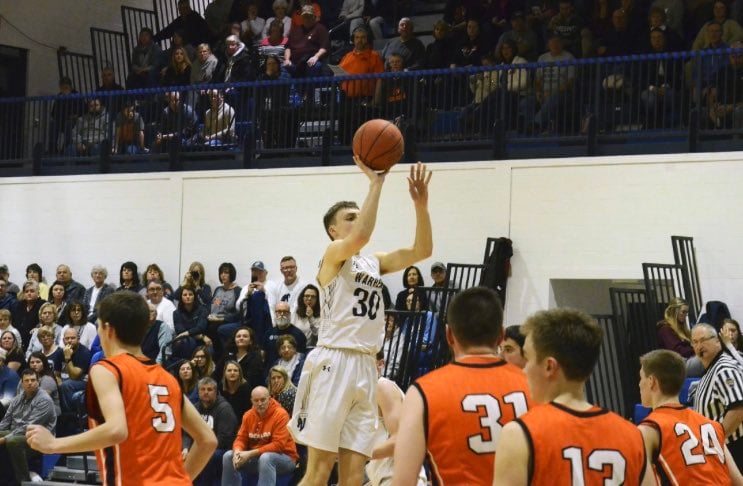 Keys to the season: Last year was the first year in 18 years I didn’t have a starter returning to the mix. This year we have two proven players and some
talented younger players. Ben and Payton will need to take the lead early while the others get used to the way basketball is played at the varsity level. The good thing is each of these kids has played varsity minutes in other sports this fall so I don’t see the stage being too big for any of them. It’s an adjustment they will make it just will take a little time. Region 6 play will be very solid again this year so winning our home games will be key. Once we are able to return in January I think the team will be excited to start games with a very quick turnaround. Getting off to a fast start will be key. Based on what we have scheduled now that means an early season matchup with Harbor Creek looms large.

Things your team is doing during the COVID-19 pause of winter sports: Keeping ourselves focused this year will be more difficult when there are long lapses in practice and game time that may occur. The players are adjusting to wearing masks during practice. I give these kids a lot of credit for being to able handle the challenges they have been presented by this virus in terms of being student-athletes. This year we are going to take it day by day and understand that change is going to happen and we will deal with it, accept it, and move on. Our goal is just like any other year I have been here, complete for a Region championship, get into the D10 playoffs and play it out from there. I expected a smaller playoff bracket for Class AAAA than in years past.