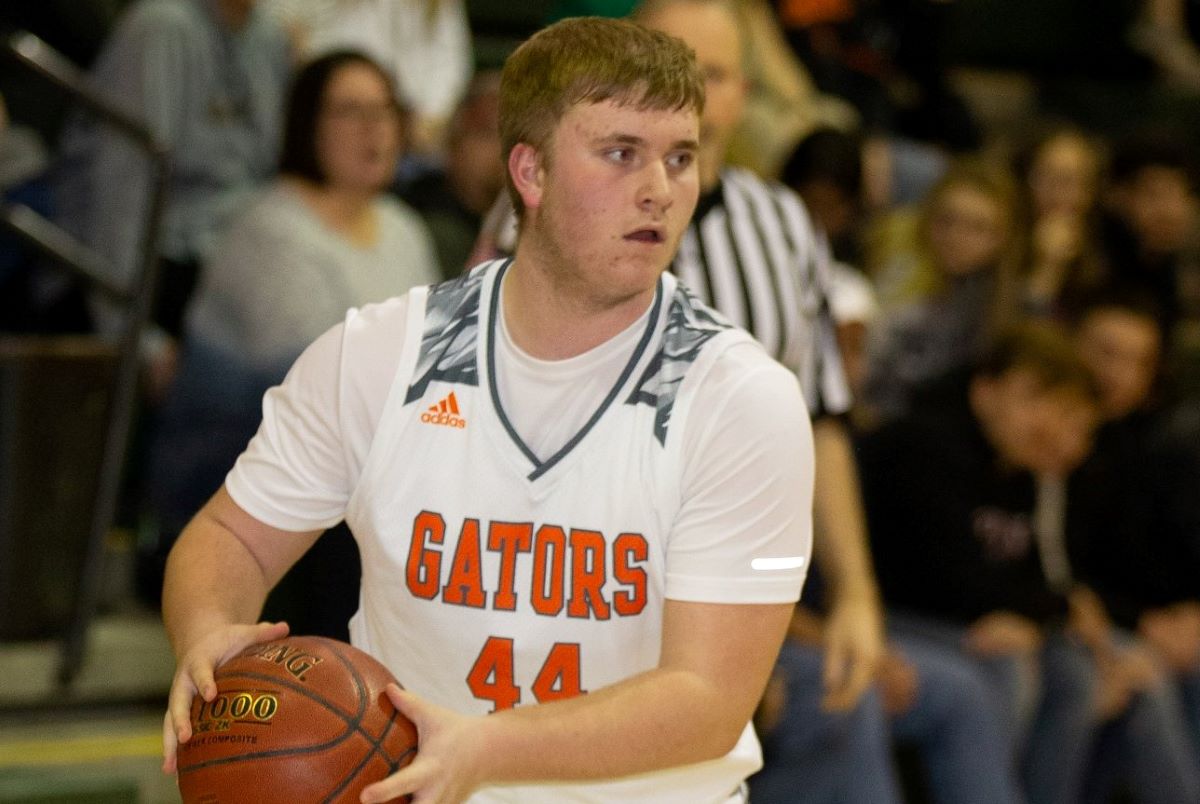 Top returning players: *Ty Guilds (Jr., F, 5’11” 4.68 ppg) Ty was our 3rd leading scorer as a sophomore last season. This season we will be looking for Ty to continue scoring for us. Ty is only 5”11”, but plays much bigger. Ty isn’t afraid to go inside and will look to crash the boards.; *Carter Moses (Sr., F, 6’2”, 3.45 ppg) Carter plays a huge roll for us, as being considered our “big man” at 6’2”. Carter isn’t afraid to mix it up with anyone down low, he will attack the boards no matter who he’s playing against. If Carter can stay out of foul trouble, he will be on the floor.;  *Dominic Guerrero (Sr., F, 5’11”, 2.41 ppg) Dom is one of our best all- around players. He is another one who can finish strong at the basket or knock down the 3. Dom dealt with some injuries late last season, hopefully we can keep him healthy this year for his senior year.; *Blaine Moses (So., F, 6’1”, 2.38 ppg) Blaine played in 21 of our 22 games and also lettered as a Freshman. Blaine is one of the most athletic kids on the team and is a great defender/ rebounder.; *Drew Evens (So., G, 6’0”, 1.25 ppg) Drew played in 16 of the 22 games. Drew lettered as a Freshman. Drew is a great all-around player who can play in the post or step out and knock down the 3.; *Noah Archer (So., G, 5’9”, 1.09 ppg) Noah lettered as a freshman. Noah played in all 22 games. Noah is a great lock down defender and is one of the fastest kids I’ve coached. As a Freshman, Noah did a great job handling the ball. We will look to do the same with him this season.

Key newcomers: *Trey Kleitz (Jr., G, 5’11”, 21 ppg, 8 assists, 6 steals, 3 rebounds). Trey moved to Port from the Buffalo area at the end of October. Trey’s stats speak for themselves. We look forward to him being a part of our team.; *Drew Benson (Sr., G, 5’9”) Drew took last season off, but has worked very hard during that time. Drew will definitely help us out and we look forward to having him back on the team.

Keys to the season: Obviously, it’s going to be tough replacing our two leading scorers from last season- Howie Stuckey (19.9 ppg) and Jordan Card (12.3 ppg). Luckily, we had three freshmen with enough talent to play a lot of minutes and gain experience at the Varsity level. Now as sophomores, we will look for them to step up and help with the scoring offset. We are also fortunate to have Trey Kleitz move to Port Allegany from the Buffalo area. Just from the few practices we’ve had, Trey is already meshing well with the guys. It’s obvious that Trey is one of the hardest working players on the team. Trey has the leadership mentality and we look forward to him being a part of our program. This season, as always, we will be lacking in height. Fortunately, we have some pretty athletic guys and quick guards that should be able to push the ball up the floor. Our younger guys are developing really well, which will help a lot with our depth.

Things your team is doing during the COVID-19 pause of winter sports: We were fortunate enough to get all of our practices in before the shutdown. Figuring that the shutdown was going to happen, we spent most of our last week of practice going over our offensive and defensive sets. I think the key to returning after the shutdown is putting the final touches on everything. I believe we will have 5 practices.