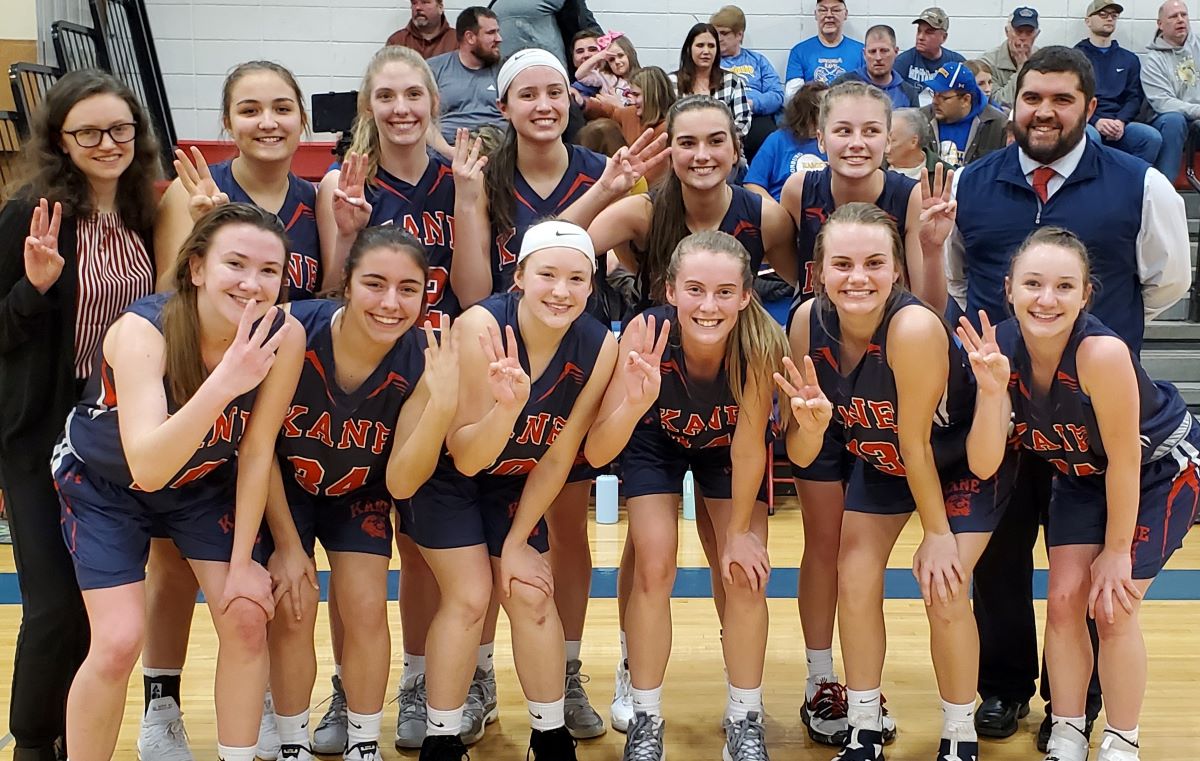 Top players lost: We are tasked with replacing 22.4 of our 39.5 ppg from last season. AML All-Star Emily Bucheit averaged 10.56 ppg a year ago, All-Star Ainsley Saf averaged 8.39 ppg and knocked down 44 3-pointers a year ago. Sierra Hillman averaged 3.5 ppg and 4.3 rpg.

Key newcomers: After a year off, seniors Emma Ely (guard) and Audri Marconi (forward) are back on the court and look very promising. They’ve put in a lot of work thus far and are fitting nicely into what we’re looking to accomplish this season. Both provide big game experience as well as great ability on the court that will help us tremendously. Juniors Sadie Walter and Madison Stahli look to step up and make an impact. Sadie is a solid shooter and a handsy defender, Madison can play inside or outside, she rebounds well and has improved her shot. Fellow juniors Aubri Haight and Sami Hulings will provide minutes solid minutes for us, and there is some great competition among some of our sophomores and freshmen to round out the varsity roster.

Keys to the season: We have to replace a lot of offense, in doing so we’ve added some things to utilize the strengths we have on this years team. Permitting the learning curve is short, we have hopes of being a deep team this year, which will allow us to play aggressively all 84-feet. If our defensive efforts can lead to shorter defensive possessions and some extra fast break opportunities, I think we can have a solid 2021 campaign.

Things your team was doing during the COVID-19 pause of winter sports: We were fortunate and had 13 practices in before our school district had to make the tough choice to go remote, in turn halting sports. A day later everyone else in the state felt that as the governor made the call that all youth sports would cease until January 4. With different resources such as Google Classroom and Band, we’ve been able to give the kids at home exercises, playbooks and motivational messages/meme’s to keep them going and keep them inspired. Also, with Hudl, all of our Varsity and JV film as well as scout tape from last year is on there for review as well as some live drill stuff from practice this season. Our team was very bummed out because up until we had to stop, we were working hard, the kids had high energy and were making some good things happen, despite a variety of circumstances that had limited some practice participation. Come January 4, I’m hopeful that we’ll be rested, healthy and ready to put together a solid run. We’ll see a variety of teams this year, several that we’d see in AML play, a few we would see in non-league, and several against some teams we would generally not see as we’re in the IU9 bubble.